Get connected to a healthier life.
COVID-19 and Nursing Homes

Nursing homes receive billions of taxpayers’ dollars every year to care for chronically ill frail elders, but until now, there was no guarantee that’s how the money would be spent.

Massachusetts, New Jersey and New York are taking unprecedented steps to ensure they get what they pay for, after the devastating impact of COVID-19 exposed problems with staffing and infection control in nursing homes. The states have set requirements for how much nursing homes must spend on residents’ direct care and imposed limits on what they can spend elsewhere, including administrative expenses, executive salaries and advertising and even how much they can pocket as profit. Facilities that exceed those limits will have to refund the difference to the state or the state will deduct that amount before paying the bill.

The states’ mandates mark the first time nursing homes have been told how to spend payments from the government programs and residents, according to Cindy Mann, who served as Medicaid chief in the Obama administration.

With this strategy, advocates believe, residents won’t be shortchanged on care, and violations of federal quality standards should decrease because money will be required to be spent on residents’ needs. At least that’s the theory.

“If they’re not able to pull so much money away from care and spend it on staffing and actual services, it should make a big difference,” said Charlene Harrington, professor emeritus at the University of California-San Francisco’s School of Nursing who has spent four decades studying nursing home reimbursement and regulation. “I would expect the quality of care would improve substantially.”

“The actual effect will be just the opposite,” said Andrew Aronson, president and CEO of the Health Care Association of New Jersey. “By trying to force providers to put more money into direct care, you’re creating a disincentive for people to invest in their buildings, which is going to drive the quality down.” 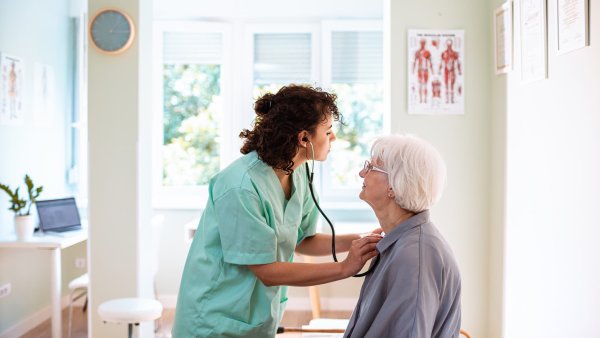 Next year, New York’s nursing facilities will have to spend at least 70% of their total revenue —including payments from Medicaid, Medicare and private insurers — on resident care and at least 40% of that direct-care spending must pay for staff members involved in hands-on care. In Massachusetts, Gov. Charlie Baker issued rules requiring nursing homes have to spend at least 75% of all revenue on residents’ care. New Jersey’s law requires its nursing homes to spend at least 90% of revenue on patient care. But its state regulators have proposed that the requirement apply only to Medicaid funding. No final determination has been made.

All three states promise a boost in Medicaid payments to facilities that comply with the laws.

Harrington and other advocates say the measures are well overdue, but they are watching how regulators in each state define direct care, who qualifies as a direct care worker, what counts as revenue and whether it is reported accurately.

Jim Clyne, president and CEO of LeadingAge New York, which represents nonprofit nursing facilities, questions the legality of some provisions in New York’s law. “I don’t think there’s any doubt that it will end up in court,” he said.

Aronson said the mandate is based on a misconception — that nursing homes could have kept COVID-19 out of their facilities if they had only marshaled their resources properly. “As long as COVID is in our communities, it will also find its way into our facilities,” he said.

But poor infection control practices resulting from inadequate staffing have been the most common violation cited by nursing home inspectors over the years, according to a study released last year by the federal Government Accountability Office. The pandemic did little to change that trend. In August 2020, a frustrated Seema Verma, then-administrator of the Centers for Medicare & Medicaid Services, warned nursing home operators that “significant deficiencies in infection control practices” were responsible for increases in COVID deaths and pleaded with them “to really double down on those practices.”

“Philosophically, if a payer wants to tell the provider how to use their funds within certain parameters, I understand that, but that’s not what the [New York] law does,” said Clyne. “The law goes beyond that. The state is telling the provider how much of other people’s money they have to spend on care also, not just the state’s money.”

Bills paid by Medicare or individuals should be excluded from the state mandate, along with Medicaid funds earmarked for certain purposes such as mortgage expenses, he said.

Medicaid, funded under a state and federal government partnership, provides health insurance to low-income people and typically pays for about 60% of the nursing home care nationwide, usually for long-term residents with chronic health problems. Medicare, funded by federal dollars, insures older or disabled adults, and provides about 16% of facilities’ revenue. The rest comes from private Medicare Advantage and other health insurance companies, and individuals who pay for their own care.

“Nursing homes are primarily funded by public tax dollars, Medicaid or Medicare — and the public has a reason to care about how our dollars are being spent,” said Milly Silva, executive vice president of 1199SEIU, the union that represents 45,000 nursing home workers in New York and New Jersey, and backed the legislation in both states.

The spending mandates are not a new idea for health care. The Affordable Care Act directs health insurers to spend at least 80 cents of every dollar in premiums to pay for beneficiaries’ health care needs. What remains can be spent on administrative costs, executive salaries, advertising and profits. Companies that exceed the limit must refund the difference to beneficiaries.

Harrington disagrees with industry officials who want to exclude Medicare dollars from the calculation of how much nursing homes must spend on direct care. That would leave a large source of profits untouched, she said, and allow them to use that money “however you want.”

Even if only the Medicaid money is affected, though, there’s still a big problem in the direct care spending mandate, said Aronson. “Ninety percent of facilities are losing money,” he said, because Medicaid payments don’t cover the cost of care. In New Jersey, he added, the shortfall is $40 a day per resident.

The news that COVID-19 took a far greater toll on New York nursing homes than previously reported highlights just how vulnerable these institutions are. Richard Mollot, executive director of the Long Term Care Community Coalition, joined LX News to explain how the pandemic has highlighted a system that is already malfunctioning due to insufficient staffing.

But some state lawmakers are not convinced. “Medicaid payments may not fully cover the cost of care, but somehow for-profit nursing homes are making money,” said New York state lawmaker Richard Gottfried, who has chaired the Assembly health committee since 1987. More than two-thirds of the state’s nursing homes operate as for-profit businesses and have been able to hide some of those profits in associated businesses they also own and then hire, he said. They can “use real estate gimmicks and shell contracts to make it look like they’re spending money when what they are really doing is just siphoning income into their own pockets,” he said. The use of such “related parties” payments has occurred across the country for several years.

To uncover the facilities’ true income and expenses, the state mandates require accurate documentation. “If they file false documentation, that will be a felony,” said Gottfried.

The spending mandates come at a challenging time for the industry, which is still recovering from the worst of the pandemic and facing a staffing shortage and low occupancy. But New York Assembly member Ron Kim, whose uncle died in a nursing home from presumed COVID, said lawmakers should be able to tell nursing home operators how to spend taxpayers’ money. “If they choose to rely on public dollars to deliver care, they take on a greater responsibility,” he said. “It’s not like running a hotel.”

KHN (Kaiser Health News) is a national newsroom that produces in-depth journalism about health issues. Together with Policy Analysis and Polling, KHN is one of the three major operating programs at KFF (Kaiser Family Foundation). KFF is an endowed nonprofit organization providing information on health issues to the nation.