As many as 340 volunteers are needed for Sunday alone

Ahead of vaccine eligibility opening to all adults in Texas, Dallas County is calling on residents to help keep operations running smoothly.

An estimated 340 volunteers are needed just for Sunday alone to help with the increased traffic that is anticipated as the state of Texas increases its supply of vaccine in the coming days.

“The state will get 150% more next week than it’s ever gotten before. So, the state total will get 1.5 million vaccines,” said Jenkins.

More than one million people have signed up for the COVID vaccine in Dallas County, according to public health officials, and demand has only grown since earlier this week with the state announced that all adults over the age of 16 will now be eligible for the vaccine as of this Monday, March 29.

What Jenkins hopes this means at Fair Park is getting more shots into arms to reach herd immunity.

However, he said the facility could actually handle much more if they’re properly staffed. 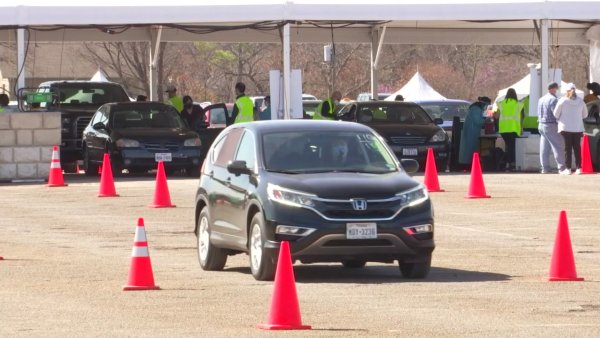 “That’s where the volunteers come in,” said Jenkins. “Volunteers help with traffic flow, with watching people after they’ve gotten their shot, with answering people’s questions.”

Just roughly 10% of Texans are fully vaccinated. Jenkins admits, even with more vaccines on the way, he’s concerned there won’t be enough in Dallas County to meet the demand. Still, there’s a need for people to step up and he’s counting on residents to do that.

Those who volunteer are eligible to receive a vaccine after fifteen hours of service.

In Denton County, a representative for the Public Health Department said that an estimated 35,000 additional people have signed up to be vaccinated since the announcement this week. The county is processing between 9,500 to 12,500 people every single day at its site at Texas Motor Speedway.

"We understand the frustration [of those on the waiting list] because we want to give the vaccine out to everybody,” said Christian Grisales of Dallas County Public Health. “Just to put it into perspective, we have over 2.71 million people in Dallas County. We also welcome people from neighboring counties. So we do just have a lot of people in line waiting."