The United States dipped under 50,000 new coronavirus cases for the first time in four days, according to a tally by Johns Hopkins University, but experts fear Fourth of July celebrations will act like rocket fuel for the nation’s surging outbreak.

The United States has the most infections and virus-related deaths in the world, with nearly 2.9 million cases and over 130,000 dead, according to a tally from NBC News. Experts say the true toll of the pandemic is significantly higher, due to people who died before they were tested and missed mild cases.

"COVID-19 has literally hit home. I have had NO symptoms and have tested positive," Bottoms, a potential Democratic vice presidential candidate, tweeted.

She told MSNBC that she decided her family members should get tested again because her husband “literally has been sleeping since Thursday.”

Bottoms, in her first term as mayor, has risen to prominence during the COVID-19 pandemic. She has been noted for her earlier criticism of Republican Georgia Gov. Brian Kemp on his slowness to order Georgians to shelter in place and his quickness to lift that order.

She was an early and vocal supporter of presumptive Democratic nominee Joe Biden, speaking on his behalf in Iowa before that state’s caucus. The former vice president has been considering Bottoms as his possible vice presidential running mate in his own presidential bid.

Bottoms has supported protests against police brutality and racial injustice that have been widespread in Atlanta, urging protesters to get tested for the virus.

The average age of new coronavirus patients has dropped by roughly 15 years compared with only a few months ago as the coronavirus reignites in America’s Sun Belt, White House health advisor Dr. Anthony Fauci said Monday.

The U.S. has continued to push farther beyond what some previously thought was its peak earlier this year, reporting thousands of new cases each day. States like Florida and Texas have recently reported daily infections in the thousands and growing hospitalizations.

Cases surged after some states rushed to reopened their economies in May. Many have since walked back their reopenings, re-closing bars and indoor dining at restaurants as many young people disregarded social distancing and face mask recommendations, officials say.

“The average age of people getting infected now is a decade and a half younger than it was a few months ago particularly when New York and New Orleans and Chicago were getting hit very badly,” Fauci said.

Florida's most-populous county ordered restaurants and gyms closed again Monday because of a rise in confirmed coronavirus cases and hospitalizations, as the U.S. emerged from what health officials said was a make-or-break Fourth of July weekend of picnics, pool parties and beach outings.

The see-saw effect — restrictions lifted, then reversed after a resurgence of cases — has been seen around the U.S. in recent weeks and is expected again after a long holiday that saw party-goers and sunbathers gathering, many without masks, on one of the biggest weekends of the summer.

Confirmed cases are on the rise in 41 out of 50 states plus the District of Columbia, and the percentage of tests coming back positive for the virus is increasing in 39 states.

Florida, which recorded an all-time high of 11,400 cases Saturday and has seen its positive test rate over the past two weeks reach more than 18%, has been especially hard hit, along with other Sunbelt states such as Arizona, California and Texas.

The government on Monday identified roughly 650,000 mostly small businesses and nonprofits that received taxpayer money from a program that was designed to soften job losses from the coronavirus but also benefited some politically connected firms.

Recipients of the money from the Treasury Department’s Payroll Protection Program included a broad swath of industries. Some that were less directly impacted by the pandemic, such as manufacturing and construction, received a greater proportion of the loans than the hard-hit restaurant and hotel industries. Many law firms and private equity companies also obtained loans.

Businesses owned by politicians also borrowed from the program, including a minor league baseball team owned by the family of the governor of Ohio. A large franchisee of Wendy's, Taco Bell and Pizza Hut restaurants, whose CEO is a major donor to President Donald Trump, received loans totaling $15 to $30 million.

As of June 30, the program had handed out $521 billion. The Treasury Department identified just a fraction of the total borrowers Monday, naming only companies that got more than $150,000. Those firms made up less than 15% of the nearly 5 million small companies and organizations that received loans.

In a statement, Sen. Marco Rubio, a Florida Republican and chairman of the Small Business Committee that crafted the program, said the release of the data provided “much needed transparency.” He called the program “a historic lifeline” for small businesses during the pandemic.

Senate Democratic leader Chuck Schumer described the data release a “good start” but lamented that it took so long and “so much pressure from Democrats” to make the information public. He said more transparency was needed ”to ensure that these taxpayer dollars went where Congress intended — to the truly small and underbanked small businesses."

Economists generally credit the program with helping prevent the job market meltdown from being much worse. Employers added 7.5 million jobs in May and June, a solid increase, though it left the economy with nearly 15 million fewer jobs than before the pandemic. The PPP probably drove some of that gain.

Small businesses across the country are struggling to stay afloat as the coronavirus has closed many of their doors and kept their customers at home.

As coronavirus infections explode in states like Arizona and Florida, people in communities of color who have been exposed to the virus are struggling to get tested.

While people nationwide complain about appointments being overbooked or waiting hours to be seen, getting a test can be even harder in America’s poorer, Hispanic and Black neighborhoods, far from middle-class areas where most chain pharmacies and urgent care clinics offering tests are found.

Public health experts say wider testing helps people in underserved neighborhoods and is key to controlling a pandemic. But President Donald Trump's administration has delegated responsibility for testing to states that have stitched together a patchwork of responses, forcing private foundations and nonprofit community health organizations to fill in the gaps and ensure people of color are reached.

“If you just set up the testing sites in wealthy communities, you cannot rein this in,” said Dr. Usama Bilal, assistant professor at Drexel’s Dornsife School of Public Health in Philadelphia, where Black doctors recently won city funding for testing in African American neighborhoods.

Peter Pitts, the former FDA Associate Commissioner, said industry, academia and government are working together to make an effective coronavirus vaccine available by early 2021. But the rollout is expected to be complicated, with more than one vaccine likely available and questions about which groups should be prioritized to get the vaccine first.

Minn. GOP Senator Investigated by State Medical Board Over 'Reckless Advice' on COVID-19

State Sen. Scott Jensen said he's being investigated by the Minnesota State Board of Medical Practice for some public comments he made as a doctor about the coronavirus.

In a video released Sunday the Chaska Republican said the investigation related to his earlier criticism of the Minnesota Department of Health for following federal guidelines on when doctors should characterize deaths as due to COVID-19.

Jensen said he was fearful the death toll might be inflated is each state's allocation of federal funds depended on the number of coronavirus deaths.

He said doesn't know who filed a complaint with the board and that he felt “targeted.” Jensen said he will cooperate fully with the investigation, the Star Tribune reported.

In the video, Jensen said the board is focused on two allegations: spreading misinformation about the death toll and providing “reckless advice” by comparing COVID-19 with the flu.

The number of high school seniors applying for U.S. federal college aid plunged in the weeks following the sudden closure of school buildings this spring — a time when students were cut off from school counselors, and families hit with financial setbacks were reconsidering plans for higher education.

In the first weeks of the pandemic, the number of new applications fell by nearly half compared to last year’s levels, fueled by a precipitous decline among students at low-income schools, according to an Associated Press analysis of federal data. The numbers have risen as states and schools have launched campaigns urging students to apply for aid, but they remain down overall from last year.

It’s raising alarms among education officials who say thousands of students may be opting to delay or forgo college, with potentially dire consequences for their job prospects and future earnings.

"The consequences are that kids are going directly into the workforce. They’re closing the door on post-high school learning,” said David Nieslanik, principal of Southridge High School in Beaverton, Oregon, where he saw only more affluent students file for aid once instruction moved online. 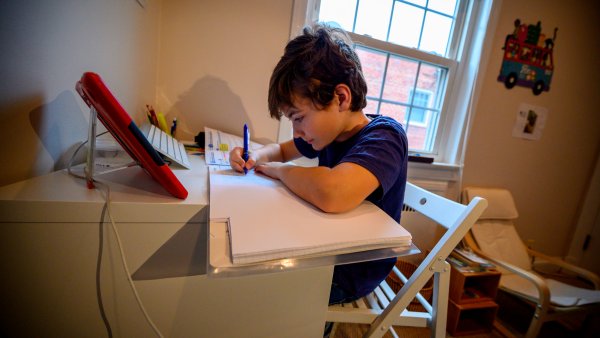 Parents Are Opting to Home-School Their Children Due to COVID, But Experts Say It Might Not Be for Everyone 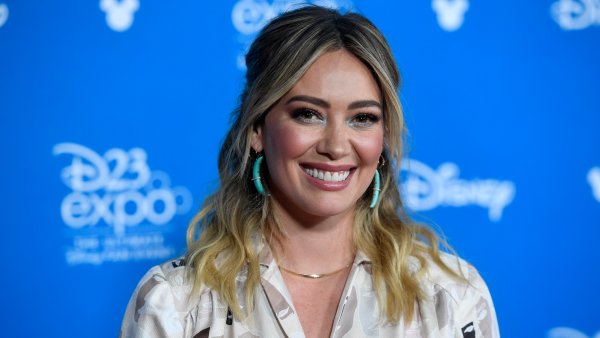 "Out of an abundance of caution and after seeing other states' experience with indoor dining, we will wait to reopen it as the city moves to Phase Three tomorrow," the governor said Sunday in a press release. "As we end this holiday weekend, I urge everyone to be New York Tough: wear a mask, socially distance, use hand sanitizer and continue the smart practices that have made out state a national leader in combatting this virus."

The third phase of reopening resumes personal care services from nail and tanning salons to spas and massage parlors with COVID safeguards in place.

Even with reopening, some services are still prohibited at personal care businesses. State regulations prohibit any service that requires a customer to remove a face mask are prohibited, like nose piercings or facials.

Employees will be required to get diagnostic tests for the coronavirus every 14 days, and there must be a mandatory screening, like a questionnaire or a checking of temperatures.