First, he needed to find a supply. But at a moment when President Donald Trump is heavily promoting the drug, Armstrong is no regular physician. He is a Republican National Committee member and GOP activist in Houston, and after calling Republican Lt. Gov. Dan Patrick, the Texas chairman of Trump's presidential campaign in 2016, Armstrong soon had enough doses to begin treating 27 infected residents of The Resort at Texas City.

Armstrong, the medical director at the facility, said Tuesday it is too soon to tell whether the treatment will work. But his sweeping use of the drug at one nursing home along the smoggy Texas coastline illustrates how Trump's championing of the medication is having an impact on doctors across the U.S., even as scientists warn that more testing is needed before it's proven safe and effective against COVID-19.

"I probably would not have been able to get the medication had he not been talking about it so much," Armstrong told The Associated Press.

Hydroxychloroquine is officially approved for treating malaria, rheumatoid arthritis and lupus, not COVID-19. But as Trump holds out promise for the drug in the face of a mounting death toll, he has often stated, "What have you got to lose?"

President Donald Trump defended his statements in support of using malaria drug hydroxychloroquine as a possible treatment for coronavirus at a press conference on Sunday, despite experts on the White House task force denying there is any scientific evidence to suggest it would be an effective remedy for the virus.

Now in Texas, political connections and Trump allies are helping push the drug into the hands of more physicians.

Republican Bryan Hughes, a Texas state senator, said he is helping organize a pipeline of hydroxychloroquine donations to other states through their GOP leaders. Hughes said he has spent recent weeks helping Louisiana, Mississippi, Arkansas and Georgia receive or expect shipments from Amneal Pharmaceuticals, a maker of the drug based in New Jersey. Last month, the company announced it had donated 1 million tablets to Texas.

Amneal did not return an email seeking comment Tuesday. The company has previously said it donated 2 million tablets to New York, and in Detroit, Henry Ford Health System announced it would lead a 3,000-person U.S. study to determine the effectiveness of the drug against COVID-19.

Small, preliminary studies have suggested the drug might help prevent the new coronavirus from entering cells and possibly help patients clear the virus sooner. But those have shown mixed results.

Armstrong, who emerged from the nursing home Tuesday donned in full protective gear and a face shield, said he knew it was a "ticking time bomb" once the virus started spreading through the facility in Texas City, a refinery town outside Houston. At that point, Armstrong said, the goal quickly became preventing older patients from getting so sick they would require a hospital transport.

"We thought maybe we should try treating these folks while they're in the nursing facility, while we're watching them," Armstrong said.

Armstrong, who said he has used the drug before on COVID-19 patients at a hospital, said that in searching for the medication for the nursing home he called Patrick, a firebrand conservative who drew national attention last month for saying people over the age of 70 would be able to "take care of ourselves" in the pandemic and that the U.S. needed to reopen for business. In a statement, Patrick said Armstrong called him on Friday and that after putting him in touch with Hughes, the drugs were on their way the next morning.

Both Armstrong and Hughes said they had not discussed the drug with the Trump administration. As nursing home residents began receiving their first dose of the treatment Saturday, Armstrong said he sat for a previously scheduled interview with the Trump campaign for a series called "American Heroes." Armstrong said the interview was conducted by Kayleigh McEnany, who was named the new White House press secretary Tuesday, but said he wasn't invited on to discuss the drug.

Research studies are beginning to test if the drugs truly help COVID-19 patients, and the Food and Drug Administration has allowed the drugs into the national stockpile as an option for doctors to consider for patients who cannot get into one of the studies.

The drug can cause potentially dangerous side effects, including life-threatening irregular heart rhythms. Those risks are even higher in patients taking other medications that affect the heart. 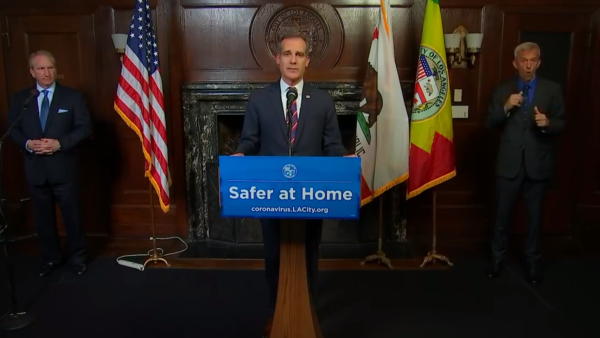 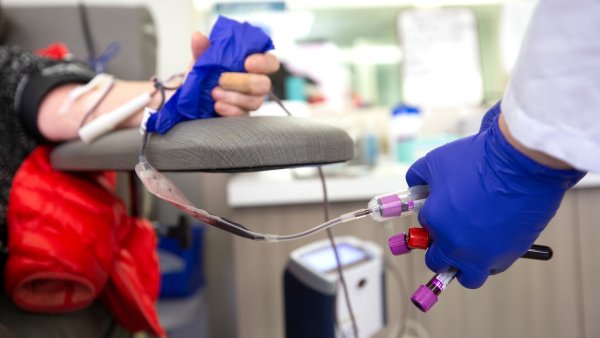 Plasma Treatment Being Tested in New York May Be Coronavirus ‘Gamechanger'

More than 80 people in all tested positive at the nursing home, and Armstrong said about 30 infected residents were not good candidates for the treatment. He endorsed the need for more rigorous clinical trials, but defended Trump's embrace.

"Obviously, I'm not getting my medical practice ideas from politicians," he said. "What it's done is allowed for more access to the medication."

For most people, the virus causes mild or moderate symptoms, such as fever and cough that clear up in two to three weeks. For some, especially older adults and people with existing health problems, it can cause more severe illness, including pneumonia, and death.