"On behalf of the president and all of the American people, we extend our deepest condolences and sympathies to the families of those that were lost," Vice President Mike Pence said

Six people have now died from coronavirus in Washington state, health officials said Monday as local leaders said they would purchase a motel to use as a hospital and provide housing for vulnerable homeless people amid outbreak fears.

Dr. Jeff Duchin from Public Health – Seattle & King County announced four new deaths. Five people were from King County and one from Snohomish County. All died at a hospital in Kirkland, Washington.

Researchers said earlier the COVID-19 virus may have been circulating for weeks undetected in the state, and experts said more cases would likely be reported in Washington, Oregon and California as testing ramps up.

King County Executive Dow Constantine declared an emergency and said the county was buying a motel to be used as a hospital where patients who need to be isolated can be placed to recover. Constantine said that should be available by the end of the week.

“We have moved to a new stage in the fight,” he said.

Constantine said the county was also deploying modular housing, some of which had been recently used to house Texas oil workers, to house homeless people who would need to be isolated. Up to 100 people could be housed this way soon, he said.

The Centers for Disease Control and Prevention recommends these seven tips to help prevent the spread of COVID-19.

“We continue to plan for all contingencies,” he said.

The F5 technology company said it was closing its 44-story tower in downtown Seattle after learning an employee had been in contact with someone who had tested positive for the virus. The employee tested negative but company spokesman Rob Gruening told The Seattle Times the tower was being closed out of an abundance of caution. More than 10 schools in the Seattle area were closed for deep cleaning over virus concerns.

Public Health – Seattle & King County said it wasn’t yet recommending school closures or cancellation of activities, but said via Twitter “this is a rapidly evolving situation.”

Washington state now has at least 18 cases. Duchin said authorities weren’t yet recommending widespread cancellations of activities or school closures. However he said people, especially those with underlying health conditions, “should should consider avoiding crowded settings to the extent possible.”

Of the Washington cases, several were tied to a long-term care facility in the same suburb, Life Care Center of Kirkland, where dozens of residents were sick. Of the new cases announced in King County Monday three were connected to the facility, including two who died, a male in his 70s and a female in her 70s. Both had underlying health conditions.

The first U.S. case was a Washington state man who had visited China, where the virus first emerged, but several recent cases in the U.S. have had no known connection to travelers. 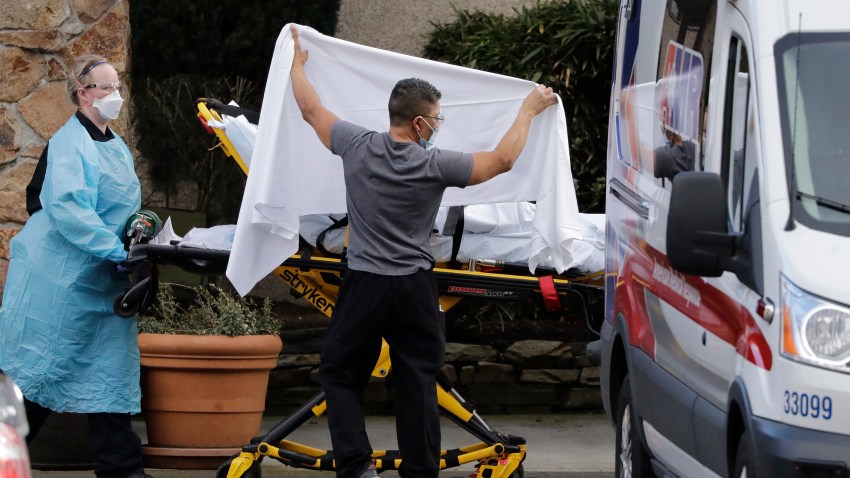 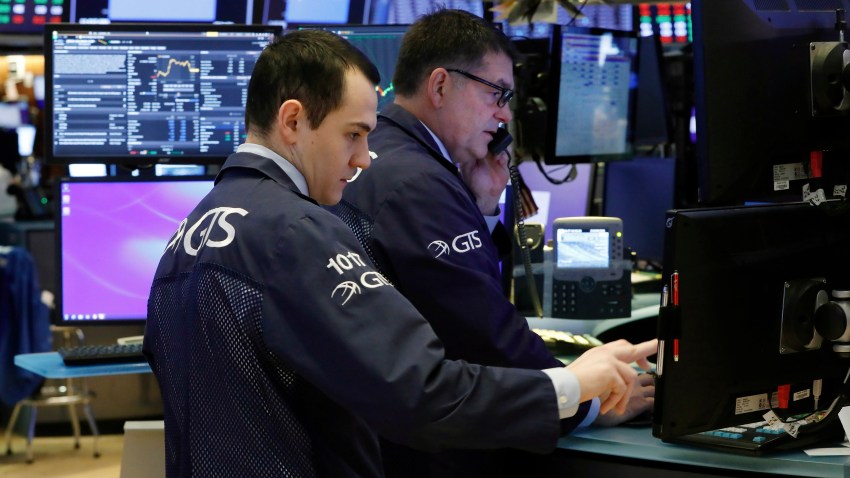 Researchers at the Fred Hutchinson Cancer Research Center and the University of Washington on Sunday said they had evidence the virus may have been circulating in the state for up to six weeks undetected — a finding that, if true, could mean hundreds of undiagnosed cases in the area. They posted their research online, but it was not published in a scientific journal or reviewed by other scientists.

Trevor Bedford, an associate professor who announced the preliminary findings on the virus in Washington state, said on Twitter late Saturday that genetic similarities between the state's first case on Jan. 20 and a case announced Friday indicated the newer case may have descended from the earlier one.

Secretary of Health John Wiesman on Monday told Washington lawmakers that he anticipates the number of cases will increase in the days ahead.

"This is a very dynamic situation, moving very quickly,” he told members of the Senate Ways & Means Committee.

Tokyo Disneyland and DisneySea will be closed until March 15 in an effort to prevent the spread of COVID-19.

Wiesman said that $3.5 million has already been spent, with $2.3 million of that being spent by the state and the remainder by local health jurisdictions. He asked lawmakers for an additional $100 million for the current budget cycle that ends July 2021, so that the state’s public health system can adequately respond to the increasing number of cases of coronavirus in the state.

“We want to mount a response that is the right response for Washington and one where I’m not worried about ‘do I have the money to actually mount the response we need,’” he told the panel.

Lawmakers are nearing the end of a 60-day legislative session, and the House and Senate are currently negotiating a supplemental budget plan that they will have to pass before the Legislature adjourns March 12.

At a news conference Monday afternoon, Gov. Jay Inslee said the state is “working around the clock” in response to the virus. He said that a lab in Shoreline has been testing 100 people a day and said that testing at the University of Washington would also begin this week.

As fears around the coronavirus continue to rise in South Korea, long lines formed as people looked to buy face masks to help prevent the spread of the virus.

He said part of the effort is encouraging people to avoid getting sick by washing hands often, avoiding shaking hands, sanitizing frequently used surfaces and staying home when sick.

“Preventing future cases will require all of us to do all of these things,” he said. Inslee noted that he he has stopped shaking hands, and he said he didn't come to work on Wednesday because he had a cough.

“It’s hard to do, right, we’re all wrapped up in our jobs,” he said. “I can’t stress how important it is. It’s a bit of a patriotic act right now, not going to work."

Inslee also encouraged people to start thinking about avoiding large assemblies. He said that while there are no formal requests to cancel events at this time, he does have emergency authority to do so if needed, so “people should be prepared for that possibility and need to be thinking about it.”