The NBA has suspended its season “until further notice" after a Utah Jazz player tested positive Wednesday for the coronavirus, a move that came only hours after the majority of the league's owners were leaning toward playing games without fans in arenas.

Mark Cuban was at the Dallas Maverick's home game against the Denver Nuggets on Wednesday night when he got the news. Video posted on social media shows his stunned reaction.

In a press conference Wednesday night, Cuban said, “We will take direction from the NBA. They have all the people talking to the CDC and health authorities. We don't have the expertise to pretend we are experts. The league does. They have experts talking to experts . I don't know more than the experts. So I'll defer to the NBA. We will see by the number of people who come to games how many are afraid or not.”

The league made the announcement through a statement sent shortly after 9:30 p.m. EDT Wednesday, saying, “The NBA is suspending game play following the conclusion of tonight’s schedule of games until further notice."

The NBA added that it will use this hiatus to determine next steps for moving forward in regard to the coronavirus pandemic. 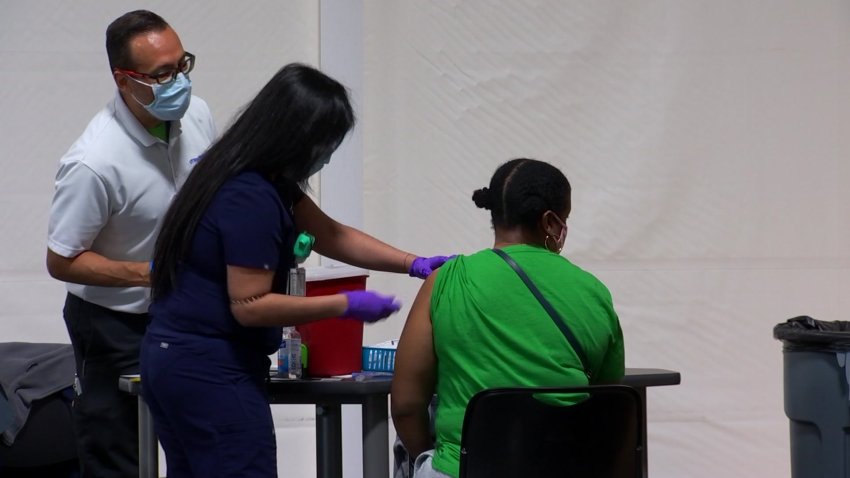 "This is people's lives at stake, this isn't about basketball. Or the Mavs. Or when do we start, how do we start," he said. "It's our responsibility to be vigilant. The players are in a unique position because everywhere they go, people want to come up to them."

In the press conference Wednesday night, Cuban also talked about discussions to help Mavericks employees during the NBA suspension.

"I reached out to the folks at the arena and our folks at the Mavs to find out what it would cost to financially support people who aren't going to be able to come to work. They get paid by the hour," he said. "We'll do some things there. We might ask them to do some volunteer work. We've already started the process of having a program in place -- I don't have any details, but it's something that's important to me."

The Mavericks won the match up against the Denver Nuggets, a game some fans said they wanted to attend because they knew it could be the last for a while.

"The thing is to keep these players safe, we want them to keep playing throughout the season and the next season, and in 10 years from now. So whatever we got to do to keep them safe, let's do it," said Mavs fan Justin Patterson.

"It's just crazy they would cancel the whole season but it's for player safety and peoples safety. So might as well do what you got to do," said Mavs fan Kevin Airel.