The county has not tracked the number of homeless people who have contracted COVID-19, according to Tarrant County Public Health

The Fort Worth Police Department is deploying technology to help stop spread of coronavirus among the city’s homeless population.

The unpiloted aircraft is typically used by Fort Worth police to find missing people, assist officers in SWAT situations and to investigate fatal crashes.

“We can also use this drone to communicate emergency messages, such as our health emergency that we are in now,” said Lt. Amy Ladd, of the department’s HOPE team. 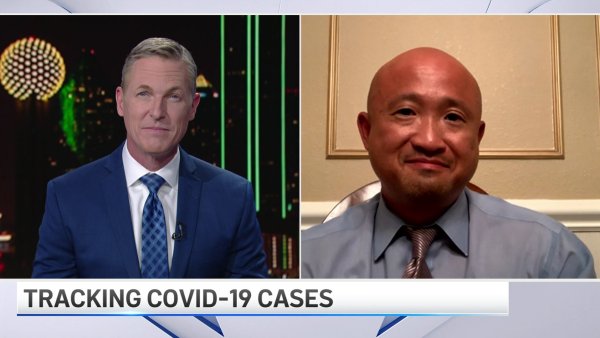 Ladd said drones were especially helpful in finding large homeless encampments that are often in wooded areas and are difficult to access.

“It’s difficult, especially for those camping outside in some of our rather large camps. It takes the entire HOPE team to go out to those camps of 100-plus people,” she said. “And interacting with every single person to get that message across is difficult.”

The department demonstrated how the drones are helping spread information about COVID-19 at a large homeless camp near E. Lancaster Avenue and S. Riverside Drive.

While hovering above, the drone is heard playing an audio recording that says, "This is the Fort Worth Police Department. Due to the current health emergency, members of the public are reminded to keep a safe distance of six feet from others."

“It’s a very important message to our homeless that are staying outside that don’t have access to television, that don’t really get news updates on safety precautions and how to protect themselves,” Ladd said.

The department said the goal is to inform and protect the city’s homeless population.

Officers have the ability to enforce social distancing when necessary, but no citations have been issued to homeless individuals, according to the department.

The county has not tracked the number of homeless people who have contracted COVID-19, according to Tarrant County Public Health.