NBC 5 Investigates, working with the University of Texas Health Science Center at Houston, obtained an exclusive look into the Dallas neighborhoods where people who get COVID-19 are more likely to develop the most serious infections, requiring critical care and ventilators.

The neighborhoods in the red zones on the map below have the highest prevalence of risk factors for severe COVID-19 disease. Those conditions – heart disease, diabetes, stroke, asthma, COPD, kidney disease and obesity – are often contributing factors that can land coronavirus patients in already-stressed hospitals, according to the Centers for Disease Control and Prevention.

Map data provided by the University of Texas Health Science Center at Houston:
"The data are drawn from two federal sources: the American Community Survey 5-year Summary, from the US Census Bureau, released in December of 2019, and the 500 Cities Project from the CDC. The 500 Cities Project offers chronic disease data, based on respondent self-reports from the annual Behavioral Risk Factor Survey. These data are presented at the census-tract level for the 500 largest cities in the US. We combine the two data sources for each of the three cities and report them in the maps that follow. Since our intent is to highlight the areas with the highest risk across each city, we rank tracts separately and identify the top 20% of tracts with the highest values."

Mapping out the higher-risk areas can be vital in preparing for a COVID-19 surge in the city, said Dr. Stephen Linder, director of the Institute for Health Policy at the University of Texas Health Science Center in Houston.

“Once they’re mapped out, then we can target our resources better. We can target our efforts at the populations most likely to place demand on the hospital care system,” Linder said.

Linder and his team of Dritana Marko and Thomas F. Reynolds analyzed data collected by the CDC and the U.S. Census Bureau in order to pinpoint census tracts with the highest prevalence of risk factors.

One of those zones is east of Central Expressway and south of Forest Lane. Another runs along the north side of Interstate 30, east of Loop 12 toward Downtown Dallas. And there is a red zone, east of Buckner Boulevard and north of Interstate 30, stretching into Mesquite.

But the largest, and least healthy, chunk of the city where people are at greatest risk is a vast stretch in south Dallas located between U.S. Highway 67 to the west and the CF Hawn Freeway to the east.  It is in that area where Linder’s team said COVID-19 cases are much more likely to require hospitalization.

“It’s that south-central region where you have the census tracts that have the highest prevalence, not just of one or two but up to seven different chronic disease conditions,” Linder said.

“I live in a food desert as well as a family medical clinic desert. I have to go to where they are,” said Love, who takes blood pressure medicine and is nearing his 69th birthday.

It’s Love’s neighborhood, and the others marked red, that concern Dallas County Judge Clay Jenkins the most when he looks at the maps.

“We know that those are the spots that need the most intensive intervention, if we’re going to have a hope of curbing this,” Jenkins said in an interview with NBC 5 Investigates.

Many in south Dallas lack insurance, doctors are absent in neighborhoods and chronic health conditions go untreated, putting residents at grave risk in the pandemic.

“It’s won’t just be bad for them and their families. It is going to hurt us all with our public health. And now we are seeing that,” Jenkins said.

Adding to the concern some Dallas County ZIP codes with the highest risk factor concentrations are among those where the virus has already struck hard.

As of Tuesday, Dallas County Health and Human Services reported the 75227 ZIP code south of I-30 and along Buckner Boulevard and the 75115 ZIP code in DeSoto each had between 38 to 47 cases. The 75216 ZIP code in southeast Dallas had between 29 and 37 cases.

The Dallas County Health Department said it is already surging into those areas, including the drive-thru virus testing site established at the Ellis Davis Field House at 9191 S. Polk Street.

“We have outreach workers that are walking the streets in those areas, putting up special education materials, working with … some of the shop owners,” said Dr. Philip Huang, director of the Dallas County Health and Human Services Department.

Another setback in south Dallas’ ability to prepare and protect against coronavirus is the fact that most major hospitals are in other parts of the city, according to an analysis by NBC 5’s partners at The Dallas Morning News.

The newspaper’s study showed residents in those neighborhoods had to travel larger distances to reach a full-scale hospital. It did not take in to account the Dallas VA Medical Center at 4500 S. Lancaster Road, which is limited to military veterans and, in some cases, their family members.

Many of the most severely ill COVID-19 patients in Dallas County suffer from diabetes. About one out of every four admitted to the ICU have been diabetic. In their study, UT Health researchers zeroed in on Dallas neighborhoods with the highest concentration of people with diabetes and heart disease and above age 60. They found one of the largest concentrations of those risk factors in neighborhoods in south Dallas near Interstate 45 and Interstate 20.

Alvaro Saenz, head of the MD Medical Group that serves low-income families in south Dallas, told NBC 5 Investigates they are working hard to keep patients current with their chronic health needs during the pandemic.

“We honestly even have people whose sole job is to call patients and say, ‘OK, did you take your medicine this week?' If not … 'What can we help you with?’” Saenz said.

Jenkins and Huang said they want to expand COVID-19 testing in the neighborhoods identified as red zones in the maps developed by UT Health, but that test capacity and funding are limited. Still, they said they are looking at ways to focus more on those high-risk zones, knowing that detecting cases and reducing the spread of the virus in those areas could protect the most vulnerable.

“This is the population that’s going to suffer most. And that’s why we really are concerned about putting the resources in and supporting this area as much as we can,” Huang said.

He and other county officials urged everyone to take extreme precautions during this crisis, no matter where they live, because COVID-19 doesn’t select by ZIP codes.

Everyone is at risk even if they do not live in an area where more people are likely to develop severe infections.

In south Dallas, Edgar Love said that, like his neighbors, he’s heeding the warning -- hunkered down and hoping the virus does not come knocking on his door.

For more on this story, see Wednesday’s editions of The Dallas Morning News. To see the full UT Health study for Dallas, Austin and San Antonio open the document below. 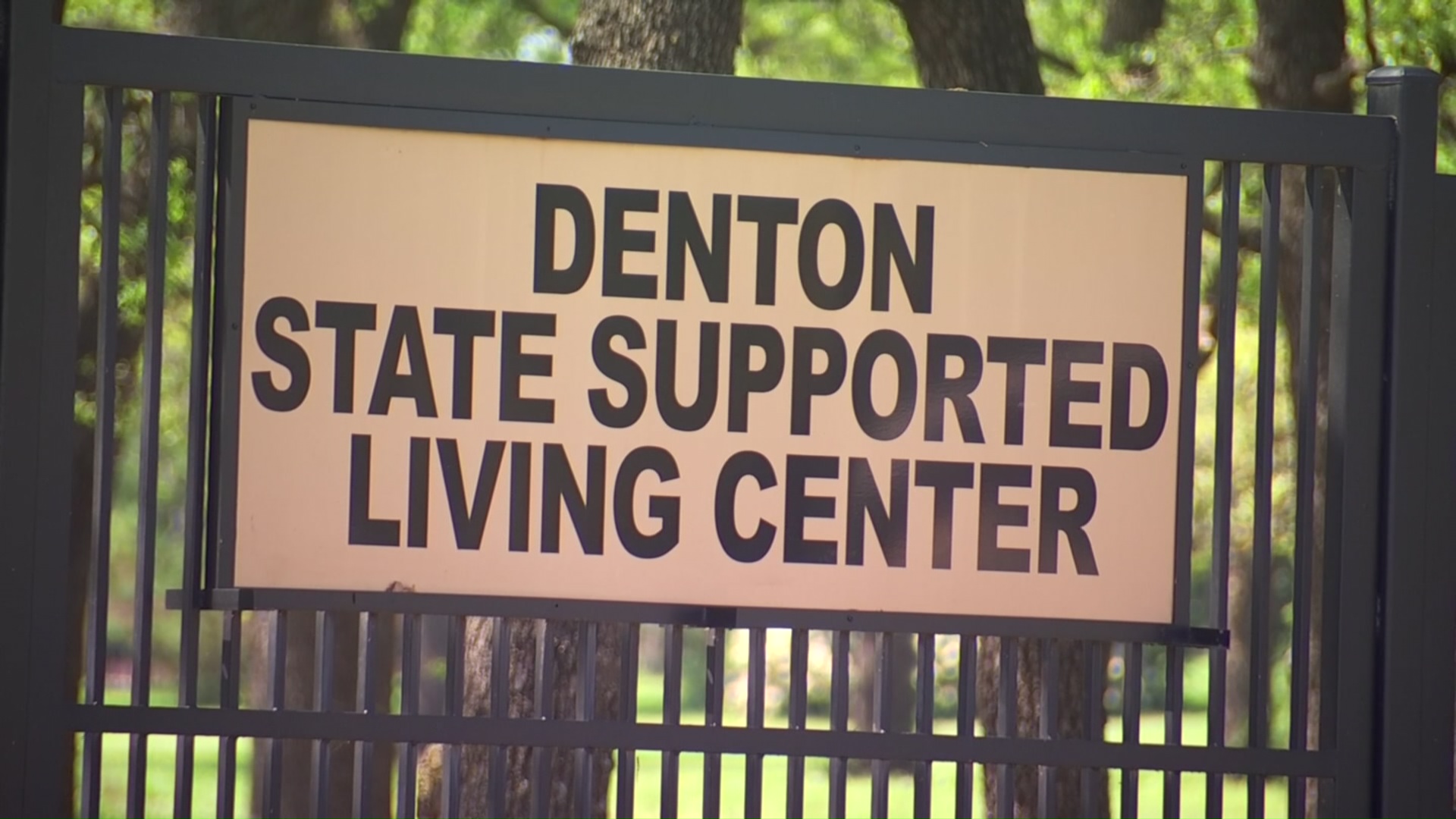 Under Siege by Coronavirus, Tensions Rise Inside North Texas Home for the Disabled 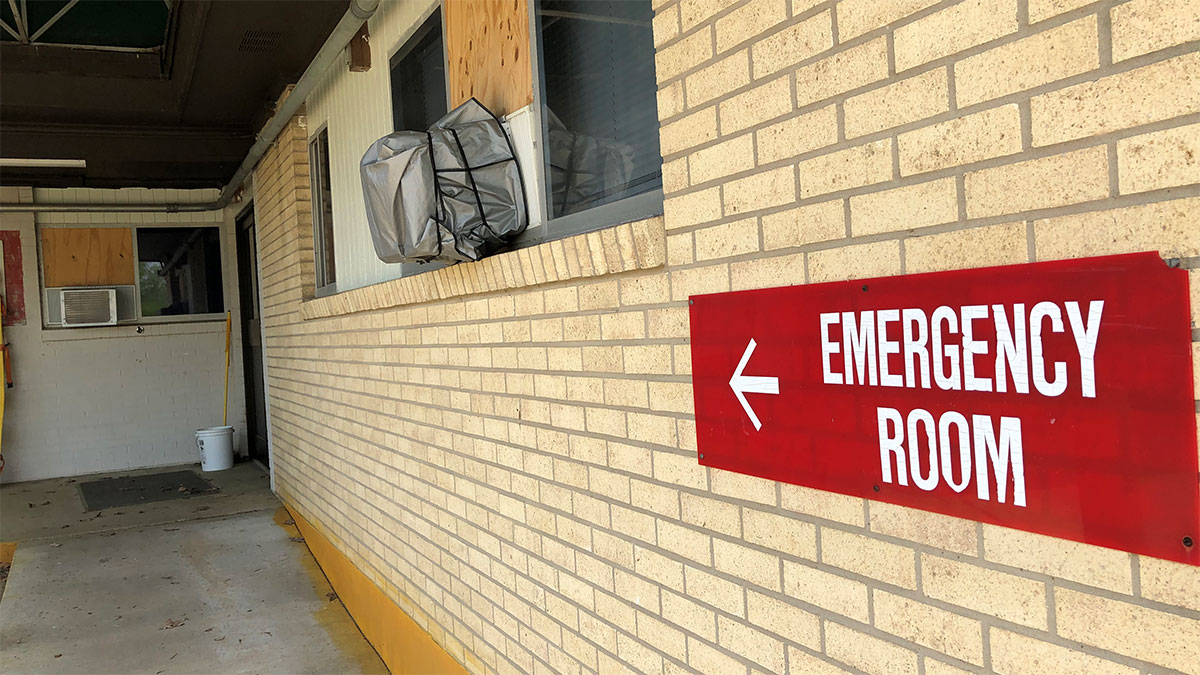