Everman Police Officer Dies After Contracting COVID-19 While On Duty

An Everman police officer has died after being hospitalized with COVID-19.

Everman Chief of Police Craig Spencer said Arango began feeling symptoms about four or five days after responding to a call that was later determined to have been a coronavirus-positive residence.

"All of our officers are equipped with masks and eye protection and gloves. Depending on the circumstances surrounding the calls, often times what people don’t think about is a lot of our officers many times don’t have the opportunity necessarily to don the PPE before they have to jump into action and perform live saving measures," Chief Spencer said Thursday. "Our officers have been incredible about following the CDC guidelines and taking as many precautions as they possibly can, but it’s not always feasible in our line of work to do that. That’s been a difficult battle for us in trying to protect ourselves."

Arango's symptoms continued to worsen for a few days until he sought treatment at a hospital, Spencer said.

"Alex was leader. He was a mentor to so many officers, he was a mentor to myself. He’s been a mentor to everybody. Not just a mentor, but he’s been a friend," Spencer said. "To see somebody that strong, that dedicated, that much of a family man to have this much of a struggle with it is dumbfounded. We don’t know how to explain it."

NBC 5 reported Monday that Arango had been in intensive care for a week at Harris Methodist Hospital Southwest in Fort Worth before being placed on a ventilator. The grim development prompted dozens to gather a prayer vigil outside in the parking lot of the hospital. 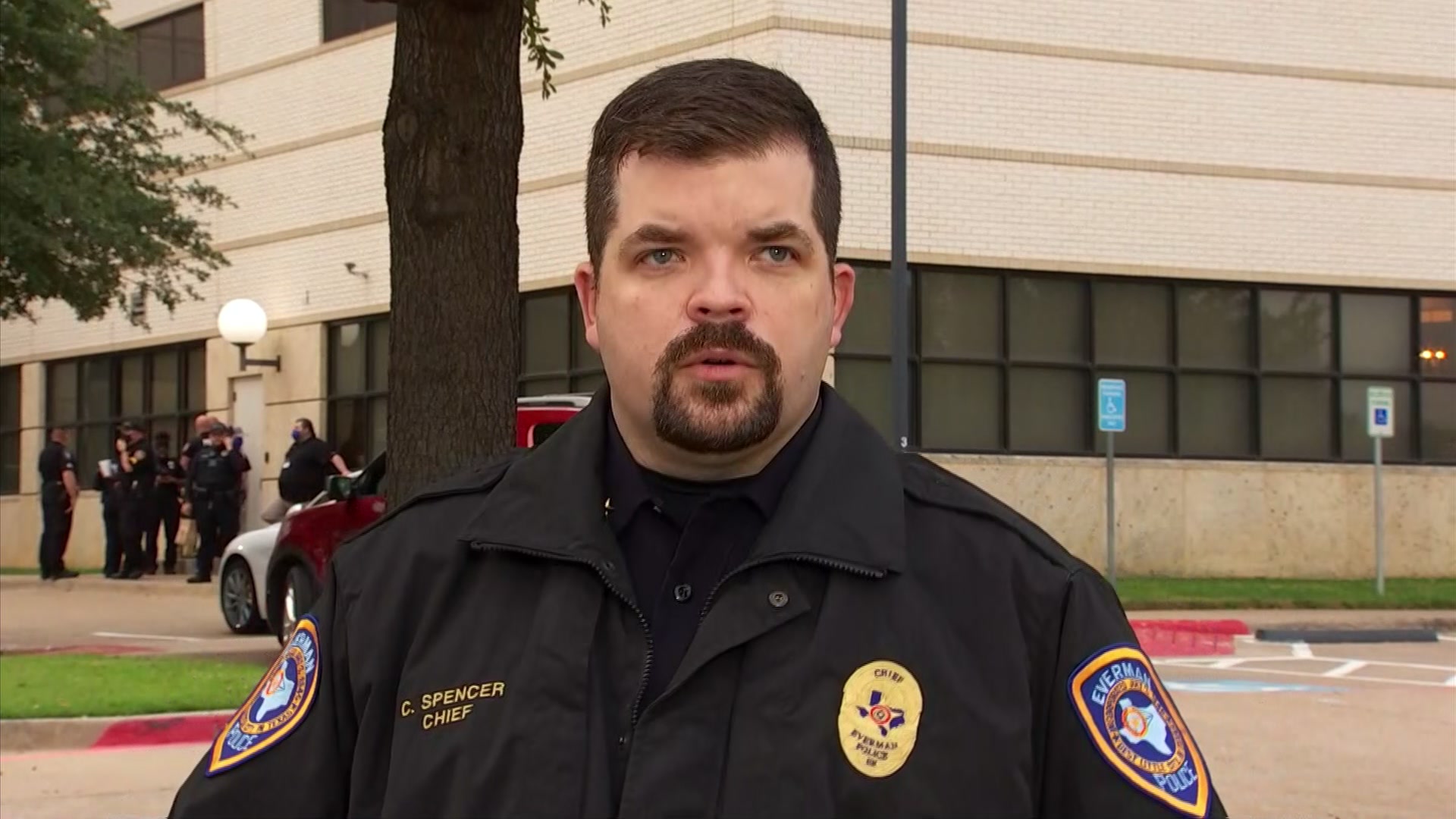 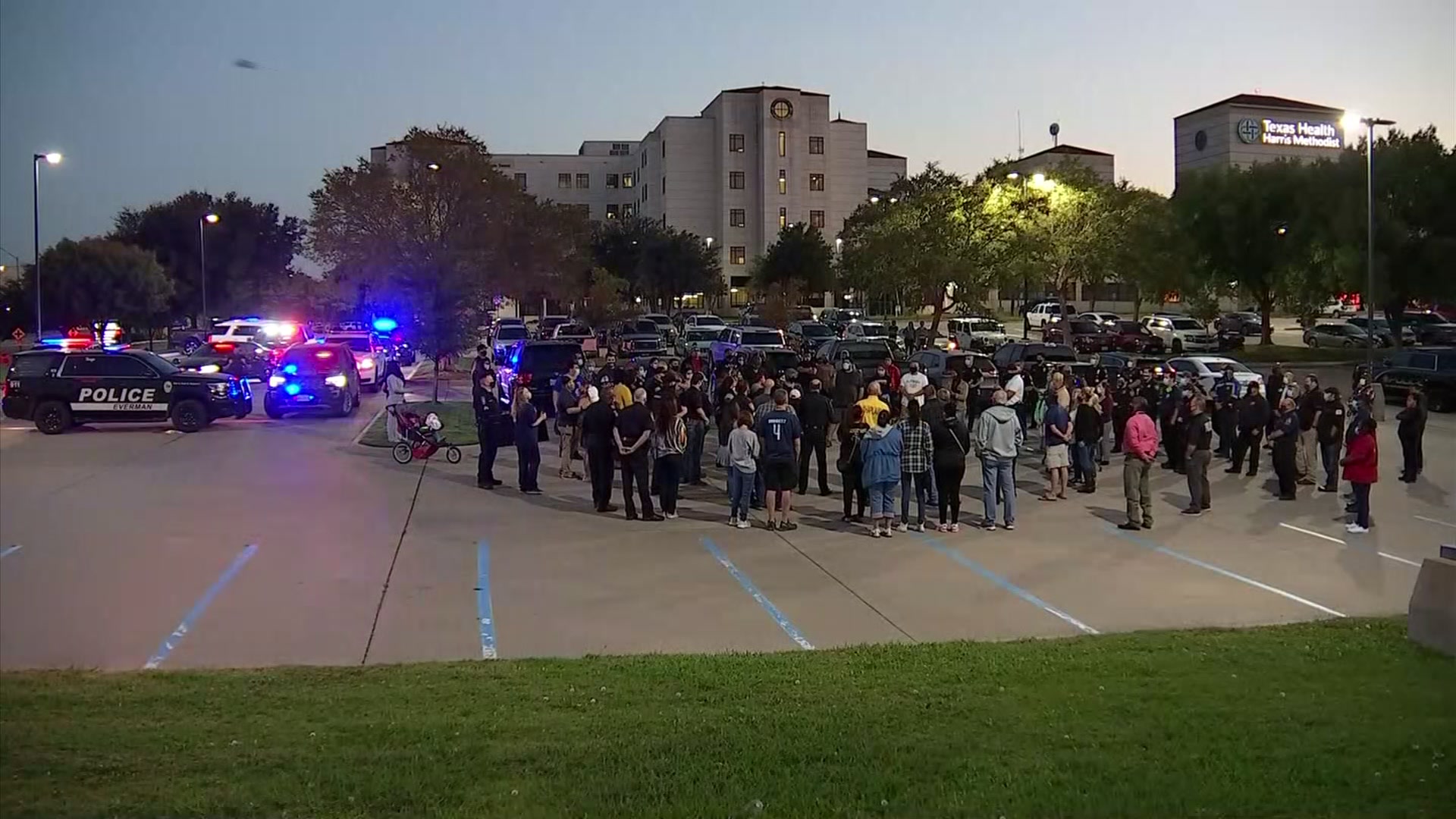 Everman Police Officer in ICU, on Ventilator After COVID-19 Diagnosis

"The love and support we have received from the community has been a blessing for my whole family, it has regained our strength to be strong for my brother Officer Alex Arango and my mom, Carmen Arango. On behalf of Alex family, his kids, my siblings we are very grateful for the outpouring of prayers we are receiving and those who have donated as their way to show support. May God bless each of you and we are standing as one God sent his healing angels over the hospital last night."

Arango's body was escorted from the hospital to the funeral home Thursday morning by law enforcement agencies across North Texas. Outside the funeral home, Arango's youngest sister Danet said both Arango's wife and daughter are grieving his death and they recover from the virus themselves.

They're not the only ones in the family who have contracted COVID-19.

"Our mother and Alex’s son in law are in the hospital fighting this horrible virus. This is all so much. We are all hurting. We are scared and hoping there’s a cure in the days to come," she said. "Too many innocent people have died. Families cannot deal with what we’re going through. It’s just unbearable."

Danet went on to describe her brother as the "rock" of their family.

"I say a “rock” because after our father passed away, he took on that responsibility of filling those big shoes and, he did a hell of a job. Now, that my mom is fighting for her life, we’re just really pleading that there’s a cure in the near future, because enough is enough," she said. "Wear your mask. Wash your hands. Be proactive. Just really pay attention to what you’re surroundings are because if you really don’t think it’s ever going to impact you, don’t think of just you. Think of everybody else."

Arango's family set up a Go Fund Me page during his battle with COVID-19. Spencer said a funeral date has not been set yet, but they are working with the family on arrangements.

An Everman police officer is fighting for his life after being diagnosed with COVID–19.