Demonstrators For and Against Masks Gather Outside Commissioners Court

A confrontation erupted Tuesday outside Dallas County Commissioners Court as county officials inside discussed tactics recommended by experts to combat the delta variant of COVID-19.

County Commissioner J.J. Koch, who refused to wear a mask two weeks ago, took a stand Tuesday against vaccine misinformation.

Outside the meeting, on one side of the intersection of Elm and Houston streets were parents, most of them wearing masks, concerned about the possible spread of COVID-19 to children as school starts.

They wanted the county’s top elected leader, Dallas County Judge Clay Jenkins, to make his COVID-19 order tougher by requiring virtual learning in schools. That is a decision that would typically be left up to school districts. 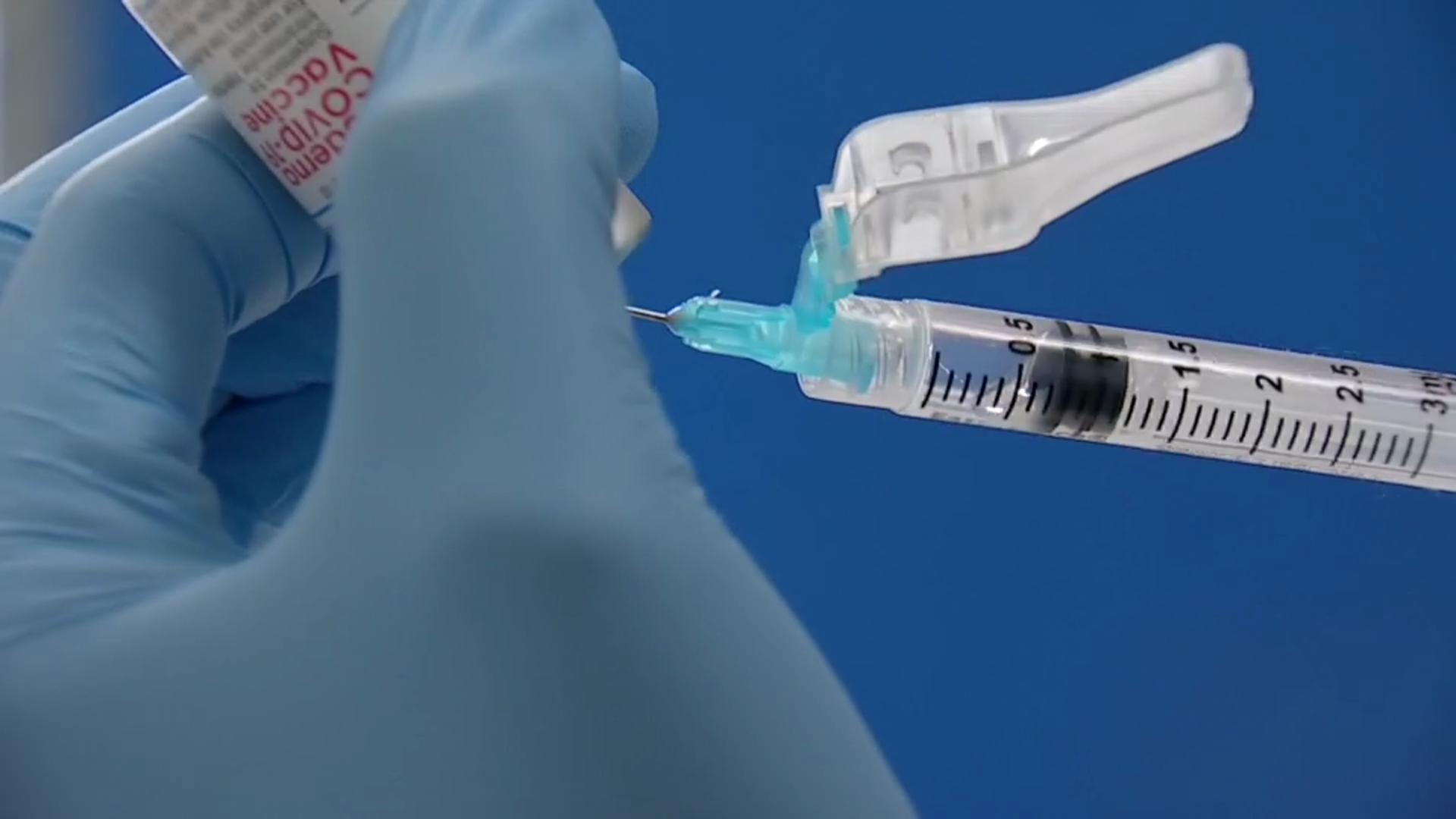 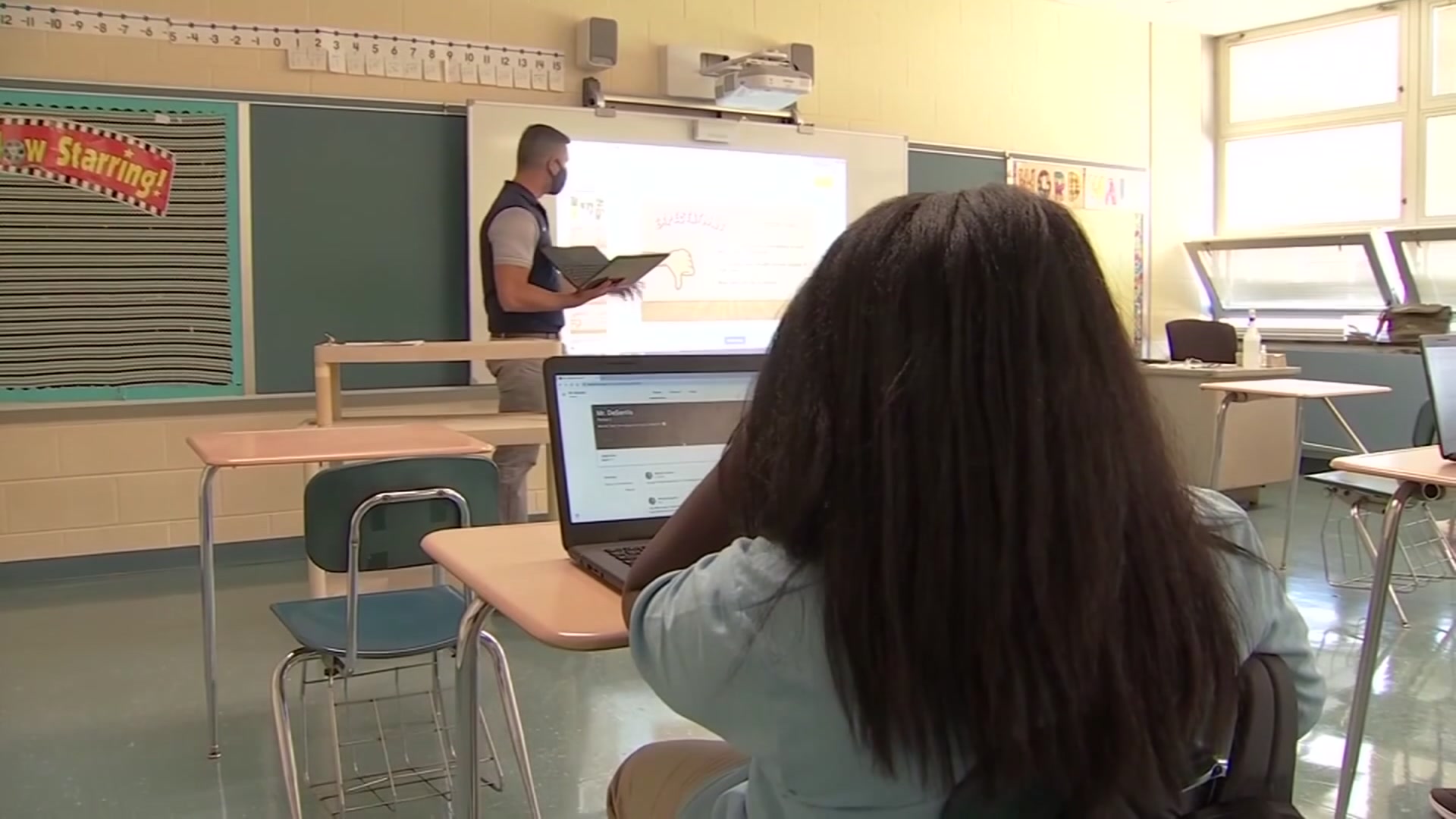 Across Elm Street, at Dealey Plaza, were demonstrators without masks, opposed to vaccination and the indoor mask mandate Jenkins maintains, despite an ongoing legal dispute with Texas Gov. Greg Abbott (R). Abbott, who tested positive for COVID-19 on Tuesday, recommends masks and vaccinations but insists they remain optional.

“It is absolutely my choice as a free citizen of a free country not to do those things if I choose not to do them,” demonstrator Rebeckah David said.

“Actually there are more doctors on this side, but they're being censored,” she said.

Doctors do encourage those eligible to get the vaccine, which has proven to be effective at preventing severe illness, hospitalization and death.

CDC director Dr. Rochelle Walensky said on Thursday that new data proved the mRNA coronavirus vaccines were safe and effective in pregnant people, with no impact on the risk of miscarriage or potential harm for parent or child.

“The vast majority of everyone who is hospitalized and is dying of this are unvaccinated and that's where this is essentially a preventable situation,” Huang said.

Jenkins first ordered masks in this year’s COVID-19 delta variant surge at the Aug. 3 commissioners court meeting, which was conducted in person, with Jenkins and all four commissioners in the same room.

Jenkins had Koch escorted out for refusing to wear a mask. Koch said Abbott's order against mask mandates should be followed.

Tuesday Jenkins had Commissioner J.J. Koch escorted from a meeting for refusing to wear a mask. Koch sued, saying Jenkins violated the governor’s order against mask mandates in public buildings. Friday a circuit court judge refused to grant a request from Koch for a temporary restraining order, but Ken Paxton wrote Jenkins a letter, saying the Attorney General agrees with...

Tuesday’s meeting was virtual, with all members at socially distant locations -- a sign of elevated concern.

But Koch took a strong stand in support of vaccination and against some of the things that some of the mask critics outside were saying.

“There's a ton of misinformation. There are literally people saying that the majority of people in the hospital are vaccinated and that's why they're there. And that's killing us. It's so wildly not true. So, I really need you to spend some time on that because that's a big lie that's out there,” Koch said.

Huang repeated his statements that the vaccines are proven to be safe and are the best prevention for death and severe illness.

He said the county’s Fair Park vaccination site will be open again on Saturday. He said the Dallas County vaccination rate has improved from less than 15,000 doses two weeks ago to 35,000 in the past week.

Huang said case numbers were improving but not enough to say that the surge is reversing. He said even vaccinated people who show no symptoms can still transmit COVID-19 to unvaccinated people, so masks are still needed.

Huang said Dallas County is preparing to provide booster shots and also plans to provide vaccinations at the State Fair of Texas. At the fair, vaccination rewards will be $20 worth of fair coupons, enough to buy a corny dog.