Jenkins said the county moved to provide vaccines after a problem related to forwarded appointments; both letters can be read below

Dallas County Judge Clay Jenkins and Dallas Mayor Eric Johnson are quarreling over mixed messages regarding how COVID-19 vaccines are being distributed at the large-scale hub that opened earlier this week in Fair Park.

In letters shared with NBC 5, Johnson said in a letter to Jenkins Wednesday that he had "serious concerns about communication and decision-making by Dallas County" after being told someone was able to walk-up and be vaccinated at the county's large-scale hub without first registering and receiving an appointment.

Johnson said that he also learned Jenkins "had communicated this policy change to a select group of residents Tuesday" and that he also "requested their agreement to not share this information widely."

The Fair Park COVID-19 vaccination hub opened earlier this week and is expected to vaccinate as many as 2,000 people per day. Guidance from Dallas County to the public, so far, has insisted that everyone in line at the hub register online first and then be given an appointment -- walk-ups, they said, would be turned away.

Jenkins replied to the mayor's letter Wednesday night saying his letter was not accurate and that vaccines were distributed to remedy a problem caused by a Dallas City Councilmember that led to fewer vaccines than expected being administered on Tuesday and Wednesday. 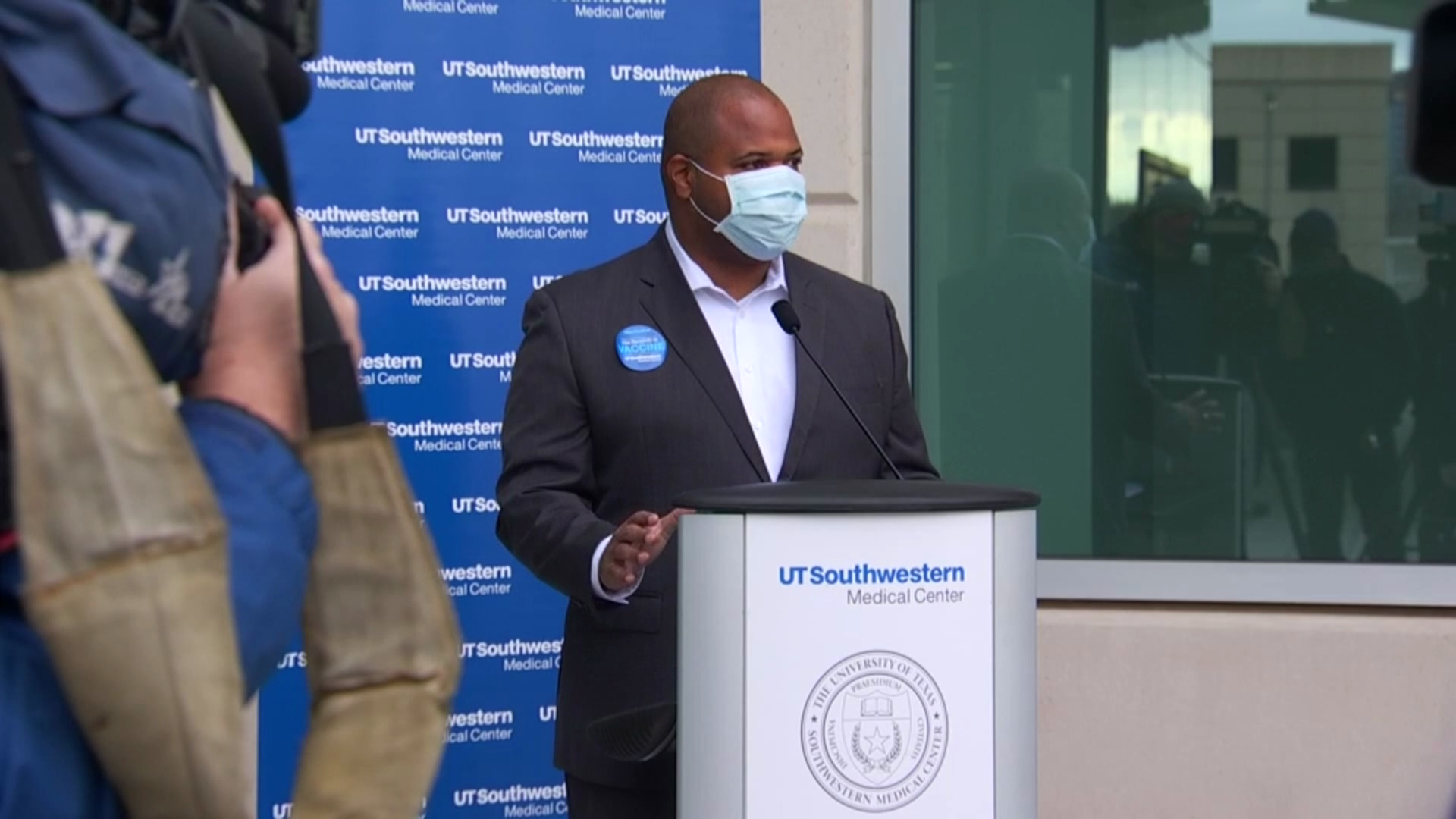 City of Dallas Is Equipped to Help County With Vaccine Distribution, Mayor Says 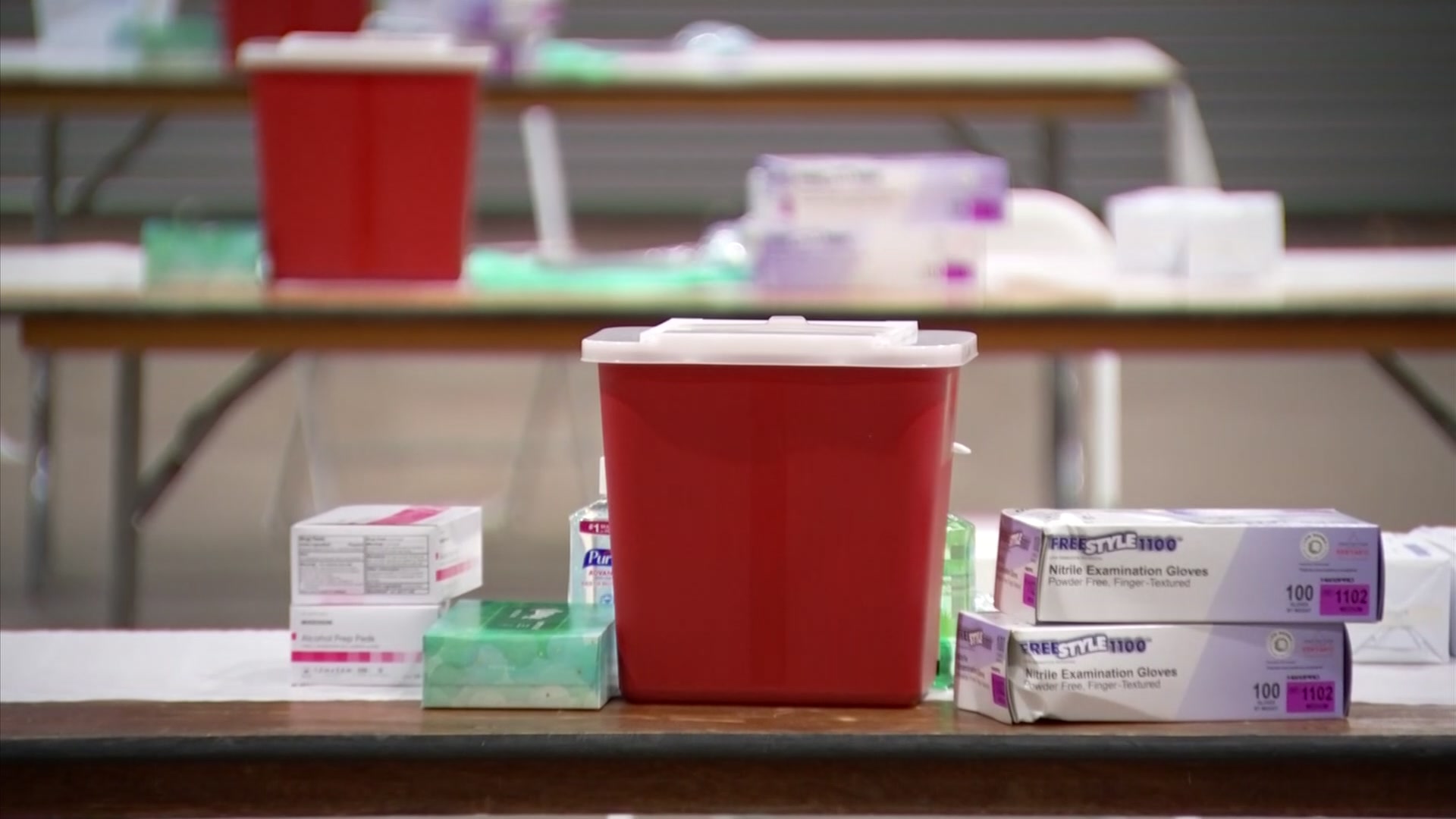 "Our effort was to remedy the problem ... by balancing the demographic makeup to help underserved communities. Southern Dallas churches, health centers, senior centers and other partners serving Black and Hispanic residents were enlisted for their help," Jenkins wrote. "Your and other’s decision earlier today to broadcast that vaccines are available to anyone over 75 without an appointment has undermined that effort and made it less likely the vaccine will get to the people at the highest risk in the hardest hit, most underserved zip codes this week."

The problem Jenkins is referring to occurred when hundreds of people showed up to be vaccinated after piggybacking on valid appointments made by family and friends, a situation county officials said caused confusion and delays.

"Those unauthorized appointments were not honored Tuesday and Wednesday but led to less vaccines being administered on those days than expected," Jenkins wrote.

The vaccine has a shelf-life and providers have been encouraged to give the vaccine to any willing person rather than throw them away, regardless of whether they fall in line with the current phase of vaccine rollout.

In their separate letters, which can be read below, both Johnson and Jenkins said they shared the goal of getting the most vulnerable populations vaccinated as quickly as possible.

After the vaccine hub's first two days of operation, Dallas County Commissioner John Wiley Price raised questions about equitable access to the COVID-19 vaccine after he said he noticed that residents of the historically underserved, high-risk community where the hub is located were not among those in line for the vaccine.

Price said the county was supposed to target specific ZIP codes for the mega-site location, but requiring people to sign up online put Southern Dallas residents at a disadvantage.

“I did not see the demographic that we were targeting that is supposedly the most impacted. I did not see African-Americans. I did not see Latinos,” Price said. “There is an internet desert. There is a digital divide. And with that digital divide, what we’re seeing is we’re not seeing that registration. So, I have suggested, let's deal with it first come, first serve.”

In his letter to Jenkins, Johnson said he would support walk-ups if it were the most effective way to reach the underserved communities hardest hit by COVID-19.

Tarrant and Denton counties have provided a phone number so that those without internet access can register for the vaccine.

Read the Mayor's Letter Below

I wanted to reach out to you today to express my serious concerns about communication and decision-making by Dallas County.

On Wednesday, we were alerted about a change in the requirements for residents to receive a COVID-19 vaccine at the Fair Park mega-site. This alert did not come from Dallas County Health and Human Services, our partners in this endeavor and the City’s contracted public health authority. Instead, we learned this information from a resident who told us they were able to simply walk up and get the vaccine without needing to register, which had been a stated requirement in the original guidance provided to residents earlier in the week.

I was certainly not aware of this change in my capacity as the Emergency Management Director for the City of Dallas. Neither was my Emergency Management Coordinator, Rocky Vaz. We inquired further and discovered that you had communicated this policy change to a select group of residents Tuesday. A participant in this conversation, someone who I trust a great deal, said that you had requested their agreement to not share this information widely.

Let me be clear: I want to distribute as many vaccines as possible and get them to residents expeditiously and efficiently. I want people to get the vaccine as soon as they are able and eligible. I want enough people to get the vaccine to create herd immunity. I want our underserved communities that are hit hardest by COVID-19 to receive access to the vaccine. And if allowing walk-ups for eligible residents is the most effective way to achieve those goals, then I will be supportive.

However, I find it incredibly disappointing, especially as vaccine supply remains limited, that Dallas County — without consultation with your partners at the City of Dallas, who have supplied personnel for the site — would tell the public-at-large that they need to register for appointments while simultaneously attempting a word-of-mouth approach that gives preferential treatment to people who happen to know the right people. In just one day, we heard of serious confusion among our mutual constituents and received numerous calls from rightfully baffled residents who had been on the waitlist to get vaccinated but were not informed they could come to the site as soon as possible.

To reiterate, it’s unacceptable that we were not notified about such a major decision. If Dallas County Health and Human Services does not make a good faith effort to partner with the City of Dallas going forward, we will be forced to reevaluate our contract. Our taxpaying residents deserve and should expect clear communication, equitable access, and effective management as we navigate this pandemic.

If you would like to discuss this matter further, we can do so in our weekly phone call. Otherwise, please communicate with Mr. Vaz about the plans going forward.

Read the Judge's Letter Below

I trust that everyone on this letter and all council members share the goal of getting our most vulnerable populations vaccinated as soon as possible. Thank you all for your support of the work the city staff is doing to help lead this response. There are a lot of heroic city employees doing great work.

Your letter is inaccurate. Community outreach efforts were made to reach seniors in underserved and hard hit zip codes in Dallas after the unauthorized sharing of a back link to sign up for appointments was broadcast by at least one Dallas City Council Member and led to our Monday-Wednesday appointments being filled by persons who did not receive an invite for an appointment. That group was overwhelmingly white, under 75 and from the city’s most affluent zip codes. Those unauthorized appointments were not honored Tuesday and Wednesday but led to less vaccines being administered on those days than expected.

Our effort was to remedy the problem described above by balancing the demographic makeup to help underserved communities. Southern Dallas churches, health centers, senior centers and other partners serving Black and Hispanic residents were enlisted for their help. Your and other’s decision earlier today to broadcast that vaccines are available to anyone over 75 without an appointment has undermined that effort and made it less likely the vaccine will get to the people at the highest risk in the hardest hit, most underserved zip codes this week.

I trust in the future you will route any questions through the Dallas City Manager’s Office, the city’s OEM leads for this response our call directly.