The Dallas County Health Department is reporting one more death and 197 additional cases of COVID-19 Monday.

Of the 197 cases reported Monday, Dallas County Health said 62 came from the Texas DSHS backlog with one coming from May, three coming from June, two from July, five from August and 51 from earlier this month.

The new death reported by the county include: 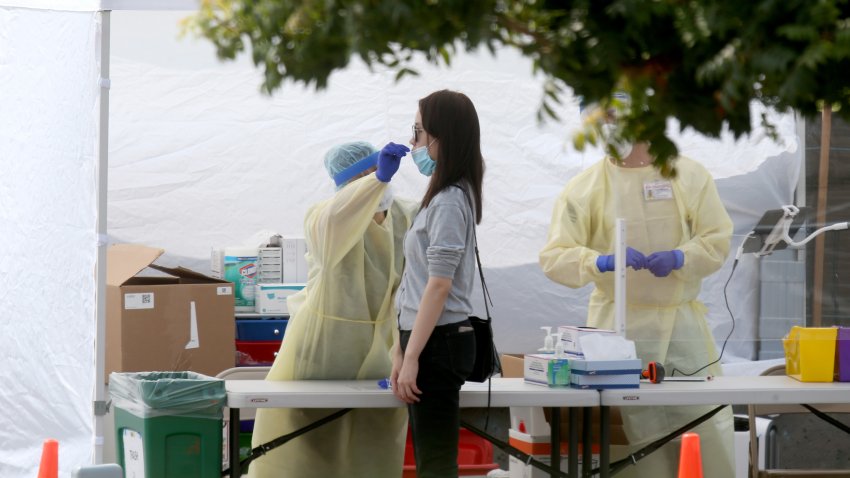 Dallas County Health officials said last week the provisional 7-day average daily new confirmed and probable cases (by date of test collection) for CDC week 38 was 296, an increase from the previous daily average of 258 for CDC week 37. The percentage of respiratory specimens testing positive for SARS-CoV-2 has also increased and remains high with 11.9% of symptomatic patients presenting to area hospitals testing positive in week 38.

A provisional total of 225 confirmed and probable COVID-19 cases were diagnosed in school-aged children (5 to 17 years) during CDC week 38 (week ending 9/19/2020), an increase from the previous week for this age group. The percentage of cases occurring in young adults aged 18 to 22 years has increased to 14% for the month of September.

The county has now accumulated 81,372 cases of the virus since testing began in March. There have been 1,021 confirmed deaths attributed in the county to the virus, which, according to Dallas County Health and Human Services Director Dr. Philip Huang, is now the third leading cause of death in the county behind diseases of the heart and cancers. Since March 20, the date of the first reported COVID-19 related death in Dallas County, the county has averaged 5.3 deaths per day.