Texas is sending medical staff to overworked hospitals by the thousands — more now than at any point during the pandemic — as a worsening surge of cases leaves virus patients waiting for beds and large public buildings were ordered shut Wednesday in one West Texas city where fire officials are building shelves to store the dead.

More doctors and nurses may still be needed as Texas rapidly accelerates toward 8,000 hospitalized COVID-19 patients for the first time since a deadly summer outbreak. 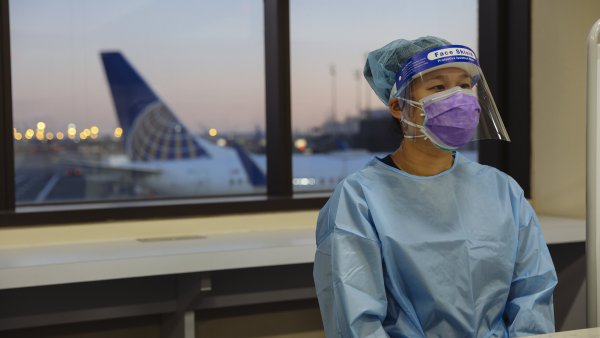 Coronavirus: California Orders 10 P.M. Curfew Across Most of the State to Slow the Covid Pandemic 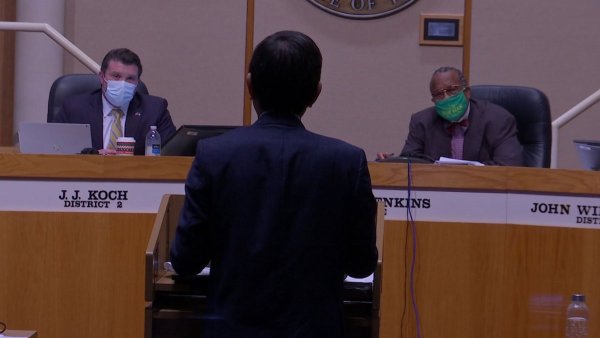 “We’re in trouble,” said Dr. Ron Cook, the heath authority in Lubbock County, which is averaging more than 450 new cases a day over the past week.

He would not rule out the county of 320,000 residents soon needing mobile morgues like the border city of El Paso, where jail inmates have begun earning $2 an hour to transport bodies amid a skyrocketing number of virus deaths. “We’re close. The fire department has made some shelving units for us. We’ve gone to extra efforts to try to find more space,” Cook said.

As COVID-19 cases continue rising around the country, the push continues to get vaccines approved, manufactured and distributed to the population as soon as possible, NBC 5’s Larry Collins reports.

Will There Be Lockdowns?

Texas has sent hundreds of additional doctors and nurses to Lubbock to staff overflow medical tents outside hospitals and relieve weary frontline workers. The mayor Wednesday ordered the closure of large municipal facilities through the end of the year but said he would not lockdown businesses, which Republican Gov. Greg Abbott has prohibited.

As the number of cases in Texas soar, Abbott has shown no appetite for retreating to shutdown measures as he did this summer when hospitalizations were on a similarly bleak trajectory. He scheduled a news conference in Lubbock for Thursday, his first about the virus since September.

"Governor Greg Abbott will travel to Lubbock on Thursday, November 19th to hold a briefing with local officials and provide an update on the distribution of bamlanivimab, the Eli Lilly & Company monoclonal antibody therapy," Abbott's office said in a news release announcing the press conference.

Abbott had announced Friday that an initial shipment of bamlanivimab would be distributed this week to acute care hospitals across the state, NBC 5's partners at NewsRadio 1080 AM KRLD reported. Weekly shipments of doses will be provided to the state at no cost through the U.S. Department of Health and Human Services.

Worries about the rising caseloads extended far beyond West Texas.

More than 5,400 extra medical personnel have been deployed across Texas, said Lara Anton, a spokeswoman for the Texas Department of State Health Services. That doesn’t capture the waves of extra help surging into Texas, as the military and volunteer outfits have also dispatched extra hands to America’s second-biggest state.

Leaders in Houston fear they’re repeating the same grim trends as summer that filled hospitals to capacity in the nation’s fourth-largest city. In East Texas, which was spared the worst of earlier surges, more than 400 extra medical staff are on the ground, according to state figures. Beth Powell, an administrator for the region’s trauma system, said it was the first time in her six years on the job that such help has been sent.

“There are only so many medical personnel to go around. And I think what we’re seeing in places like El Paso is not sustainable for all or a large part of the state,” said Dr. Mark McClellan, a former head of the U.S. Food and Drug Administration. He said the numbers suggest the time has come for incremental rollbacks, such as reduced occupancy.

McClellan, who has served as an adviser to Abbott during the pandemic, expressed skepticism that a continued surge of doctors in hard-hit places was effective policy toward the goal of keeping the economy open.

“People won’t go to restaurants, even if they are open. If health care systems do get really stressed, you do have to take further measures. It’s just they have to be more extreme and prolonged,” McClellan said.

Texas has seen more than 20,140 virus deaths to date, the second highest in the county, according to researchers from Johns Hopkins University. Over the past two weeks, the rolling average number of daily new cases has increased by nearly 3,300, an increase of more than 50%.

Anton said the state has not had issues obtaining staff for deployments. It can take up to two weeks for more medical personnel to arrive after help is requested, Lubbock officials say, and that staff works 12-hour shifts, six days a week after arriving. The medical contractors used across Texas are “running short on staff members,” said Joe Moudy, Lubbock County’s emergency management director.