John Mahler was also a victim of past government shutdowns

A legally blind man who is a government vendor says he’s been excluded from the benefits the federal government set up to rescue small businesses after the machines he operates lost all customers to stay at home orders.

It is not the first time John Mahler from Dallas has faced such a plight.

“What the rest of society is going through right now, I’ve been through three different times,” he said. 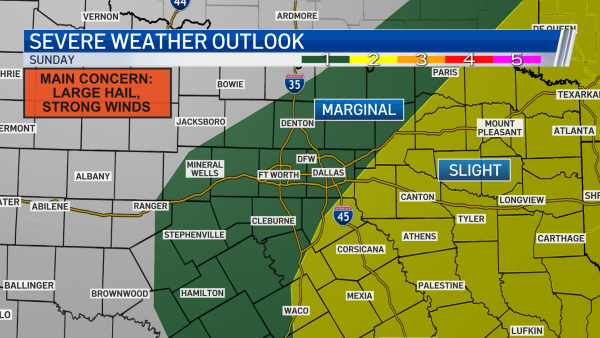 70,000 Boxing Fans Converge on AT&T Stadium, May Be Biggest Indoor Event Since Pandemic

Mahler is a contractor under the Randolph-Sheppard Act that was set up in 1936 to help blind people provide government agencies with vending services.

“Most persons with disabilities don’t work. We actually are taxpaying citizens. We don’t draw from the system. We don’t take Social Security checks because we make too much. And so instead of taking from the system, we contribute to the system,” Mahler said.

He ran a cafeteria for years in the 1301 Young Street Federal Building in Dallas.

NBC 5 first reported on Mahler at the end of a US Government shutdown in October 2013 as federal employees were returning to work.

Mahler went 16 days with no income during the shutdown and vendors receive no compensation for those losses.

“I don't know if I can take another loss like this,” Mahler said at the time. “I'm probably down at this point around $25,000 in revenue.”

The same thing happened again for an even longer 35 day US Government shutdown between December 2018 and January 2019.

So, Mahler gave up the Young Street cafeteria and instead obtained a different contract for 26 vending machines in visitation rooms for families in two Texas prisons.

“I got out of that because I was worried about the shutdowns,” Mahler said. “I wanted to get into the state, with less possibility of shut downs at the state level.”

Unfortunately, coronavirus concerns closed Texas Prisons to visitors in March and they have not reopened. Four employees who help Mahler with the machines are also out of work.

Mahler applied for the government’s program that was supposed to help small businesses and their employees with coronavirus relief, but he has received no response. He is disappointed to hear about large corporations and organizations that have received relief.

Mahler has set up a GoFundMe page to raise money for a trip to Washington, DC where he wants to reach lawmakers about the problems he and other blind people are facing.

“My community needs to let people know what's going on because I just think it's overlooked,” he said.