Suze Orman Likes Bitcoin. Here's How She Says You Should Invest in It

Not as a currency, but as a long-term investment, the bestselling author told CNBC's "Power Lunch" on Monday.

Back in April, she said she told listeners of her podcast, "Women & Money (And Everyone Smart Enough To Listen)" that "Any money that you can afford to lose, then I don't have a problem with you investing in bitcoin."

"You have to hold it for the long run," said Orman, author of "The Ultimate Retirement Guide for 50+."

Bitcoin has surged over the past several years, gaining some mainstream support from corporations and big banks. However, it's a volatile investment, which leads many financial experts to urge caution to retail investors who want to pile in.

Make It 4 mins ago 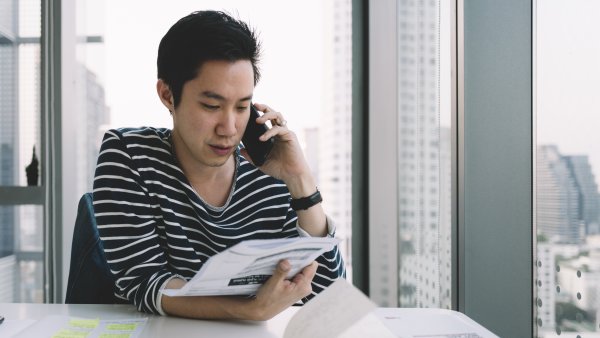 Make It 9 mins ago

More from Invest in You:
Suze Orman: Here's how you should calculate your net worth
Dogecoin is blowing up. Invest with caution
How to resist the urge to splurge in a post-pandemic spending spree

Orman believes it is a legitimate investment over time in part because major corporations have poured hundreds of millions of dollars into it.

On top of that, American youth like it, she said.

"You really have to validate them as to where they are going."

Bitcoin's volatility can be evidenced in its surge after remarks from Tesla CEO Elon Musk, who said on Sunday that the electric vehicle maker would accept bitcoin transactions again in the future. Prices continued to rise Monday after billionaire hedge fund manager Paul Tudor Jones told CNBC he favored bitcoin.

Similarly, in May, when Musk tweeted Tesla suspended vehicle purchases using the cryptocurrency, the price dropped about 5% within minutes.

"I don't like that one man can come out and say something and it controls the market," Orman said.

She also doesn't like that bitcoin is what cybercriminals usually demand in ransomware attacks.

Tudor Jones likes bitcoin, calls it a great portfolio diversifier to protect his wealth over time

"Will the government come in and start to regulate it and everything?" Orman said.

If you don't like investing in bitcoin or any other cryptocurrency, there are other ways to get exposure. There are companies that invest in bitcoin or related technology.

She also likes payment company Square, which bought $170 million worth of bitcoin in February. Earlier this month, CEO Jack Dorsey said the company was considering building a hardware bitcoin wallet.

"There are other ways to play it other than just simply buying the crypto itself," Orman said.

Register now: Invest in Pride: Ready. Set. Grow. featuring Suze Orman. She will discuss the most pressing issues currently facing small business owners and answering their questions about how they can manage their personal and business finances.