The Supreme Court on Thursday blocked the Biden administration from enforcing its sweeping vaccine-or-test requirements for large private companies, but allowed a vaccine mandate to stand for medical facilities that take Medicare or Medicaid payments.

The rulings came three days after the Occupational Safety and Health Administration's emergency measure for businesses started to take effect. 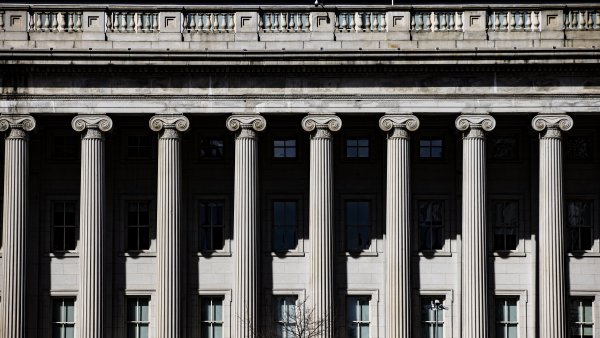 Opinion: The ‘Interest Rate Comet' Is About to Slam Into the U.S. Economy 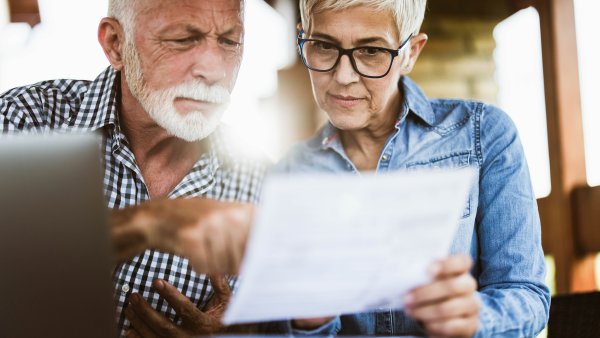 Plan Now to Avoid a Tax Bomb Later. Why Your Asset Location Matters

The mandate required that workers at businesses with 100 or more employees get vaccinated or submit a negative Covid test weekly to enter the workplace. It also required unvaccinated workers to wear masks indoors at work.

"Requiring the vaccination of 84 million Americans, selected simply because they work for employers with more than 100 employees, certainly falls in the latter category," the court wrote.

Liberal Justices Stephen Breyer, Sonia Sotomayor and Elena Kagan dissented, writing that the majority has usurped the power of Congress, the president and OSHA without legal basis.

"In the face of a still-raging pandemic, this Court tells the agency charged with protecting worker safety that it may not do so in all the workplaces needed," they said in their dissent.

"As disease and death continue to mount, this Court tells the agency that it cannot respond in the most effective way possible. Without legal basis, the Court usurps a decision that rightfully belongs to others. It undercuts the capacity of the responsible federal officials, acting well within the scope of their authority, to protect American workers from grave danger," they wrote.

President Joe Biden, in a statement, said the Supreme Court chose to block requirements that are life-saving for workers. Biden called on states and businesses to step up and voluntarily institute vaccination requirements to protect workers, customers and the broader community.

"The Court has ruled that my administration cannot use the authority granted to it by Congress to require this measure, but that does not stop me from using my voice as President to advocate for employers to do the right thing to protect Americans' health and economy," Biden said.

Labor Secretary Marty Walsh called the court's decision a major setback for the health and safety of workers, vowing OSHA would use its existing authority to make sure businesses are protecting employees. The American Medical Association, one of the largest doctors' groups in the nation, said it was "deeply disappointed."

"In the face of a continually evolving COVID-19 pandemic that poses a serious danger to the health of our nation, the Supreme Court today halted one of the most effective tools in the fight against further transmission and death from this aggressive virus," AMA President Gerald Harmon said.

In a separate, simultaneously released ruling on the administration's vaccination rules for health-care workers, a 5-4 majority sided with the Biden administration.

"We agree with the Government that the [Health and Human Services] Secretary's rule falls within the authorities that Congress has conferred upon him," said the majority, writing that the rule "fits neatly within the language of the statute."

"After all, ensuring that providers take steps to avoid transmitting a dangerous virus to their patients is consistent with the fundamental principle of the medical profession: first, do no harm," the majority opinion read.

"I do not think that the Federal Government is likely to be able to show that Congress has authorized the unprecedented step of compelling over 10,000,000 healthcare workers to be vaccinated on pain of being fired," Alito wrote in his dissent.

Biden, in a statement, said the vaccine requirement for health-care workers will save the lives of patients, doctors and nurses. "We will enforce it," the president said of the mandate.

OSHA, which polices workplace safety for the Labor Department, issued the business mandate under its emergency power established by Congress. OSHA can shortcut the normal rulemaking process, which can take years, if the Labor secretary determines a new workplace safety standard is necessary to protect workers from a grave danger.

The court's decision to strike down the business mandate comes as the pandemic rages across the U.S., with the highly contagious omicron variant driving an unprecedented surge of new infections. The U.S. is reporting 786,000 new infections daily on average, a pandemic record and a 37% increase over last week, according to CNBC analysis of data from Johns Hopkins University.

Hospitalizations have also reached a pandemic high based on federal data going back to the summer of 2020. There are 149,000 Americans in U.S. hospitals with Covid, according to a seven-day average of data from the Department of Health and Human Services, up 27% over the past week.

The vaccine-or-test rules faced a raft of lawsuits from 27 states with Republican attorneys general or governors, private businesses, religious groups and national industry associations such as the National Retail Federation, the American Trucking Associations and the National Federation of Independent Business.

The NRF, in a statement, called the Supreme Court ruling a "victory," urging the Biden administration "to discard this unlawful mandate and instead work with employers, employees and public health experts on practical ways to increase vaccination rates and mitigate the spread of the virus in 2022."

The mandates were the most expansive use of power by the federal government to protect workers from Covid since the pandemic began. Taken together, the Biden administration estimated that the rules for businesses and health care workers would apply to approximately 100 million Americans.

But both rules had been in flux well before the Supreme Court took them on. The OSHA rules were blocked in November by a conservative federal appeals court, then reinstated by a different court weeks later.

The White House at the time urged businesses to follow the public safety requirements even if they were not being enforced.

Some companies have done so, and others have implemented their own rules. A number of large employers, including Citigroup, Nike and Columbia Sportswear, in recent days have said they would begin firing unvaccinated workers.