Divorced parents have to navigate a lot of challenges, but there's a new issue looming on the horizon thanks to the $1.9 trillion American Rescue Plan: the child tax credit.

On Thursday, President Joe Biden signed into law the $1.9 trillion American Rescue Plan Act. The legislation will, among other things, increase the child tax credit to $3,000 per child ages 6 to 17 and $3,600 annually for children under 6 for the tax year 2021.

The American Rescue Plan Act also directs the IRS to send advance parents payments of up to half the credit amount periodically throughout 2021, starting as early as July. The bill does not change any of the other rules for claiming dependents. 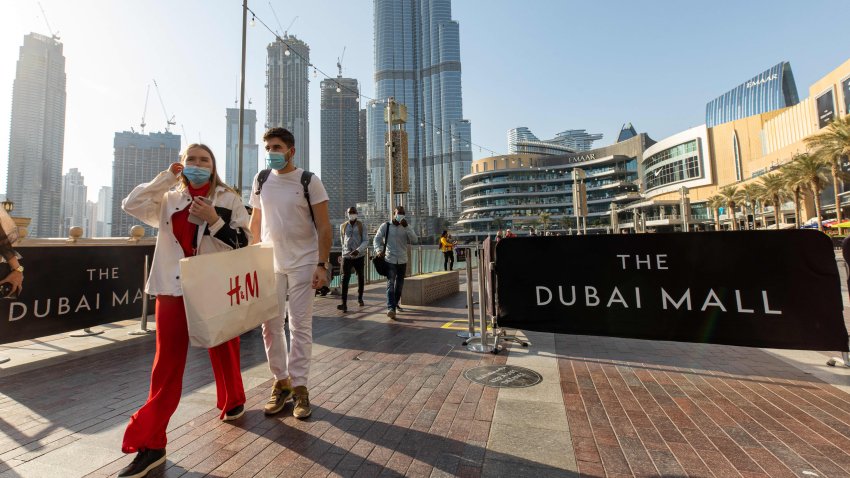 IMF Hikes Growth Forecast for the Middle East, Says Recovery Will Be ‘Divergent'

That could raise issues for single parents.

According to IRS rules, each dependent can only be claimed by one taxpayer. This isn't an issue for married couples, since they can file jointly and essentially count as a single entity to claim their children as dependents. But divorced parents and those who aren't married face a challenge: Only one parent can claim a child per year.

In some cases, divorced or unmarried couples work out their own arrangements, such as those with multiple children dividing their children as dependents or those with only one child or an odd number of children alternating which years they claim a dependent for tax purposes. In those cases, parents typically fill out IRS Form 8332 to direct who should receive the amount.

Advanced payments of the child tax credit could create confusion

When it comes to the new advanced payments made available in the American Rescue Plan, it's likely that the IRS will begin sending the benefits to the person who claims the child on their tax return in 2020, says Elaine Maag, a research associate in the Urban-Brookings Tax Policy Center. That's because the agency typically defaults to using the most up-to-date information on file.

"That can potentially raise issues for children who are moving between parents or households and share custody situations," Maag says. That's especially true for parents who alternate years to claim the child tax credit, since one parent would be essentially getting the credit two years in a row.

"One of the problems we have is that we determine this credit on an annual basis, and that just doesn't reflect how all children live," Maag says.

The Treasury Department and the IRS have not yet released any details on how they will administer advanced payments to parents in split custody arrangements, according to Garrett Watson, a senior policy analyst for the Tax Foundation.

While parents still won't be able to split children for tax purposes — one parent will still get the entire yearly amount — the $1.9 trillion relief legislation directs the IRS to develop an online portal to help administer the advanced payments. This portal should allow parents to update their tax information and specify who should receive the advanced payments so that one parent isn't getting the tax credit two years in a row if they alternate years, Maag says.

"It is going to be difficult and there will be mistakes made," Maag says, adding that there's still a lot of unknowns about how the new child tax credit will be implemented and distributed.

To help with this, lawmakers have included a safe harbor provision in the legislation. If individuals making less than $40,000 ($60,000 for couples filing jointly) receive an overpayment of the credit, they will not need to repay the amount, nor will it be garnished from wages.

Of course, the safe harbor doesn't apply to everyone, Maag warns. An upper-income family, which is where splitting tax years is a more common arrangement, is less likely to be protected if they make a mistake, she says. "It really is in both partners' best interest to update that information [if they can], because if the incorrect partner receives that payment, they will owe it back on their tax return."

"Hopefully the IRS will have more information on this through guidance when they get the infrastructure for advancing these payments up and running," Watson says.

Check out: The best credit cards for building credit of 2021

Don't miss: Parents could start receiving the new $3,000 child tax credit by summer—here's how it works