Kelly Evans: The Burbs Are Back

I lived in Stamford, Conn., for awhile about six or seven years ago. This was sort of at peak-urban, when all the millennials--and anyone who could, really--lived in the city, and any unfortunate companies who were still headquartered in the suburbs were quickly trying to get back there, too. You'd drive down places like Long Ridge Road and there were miles and miles of giant corporate campuses sitting vacant, for-lease, and in some cases literally growing over with grass.

Stamford once had almost as many Fortune 500 company headquarters as New York and Chicago, back in the 1980s (I wrote about this in 2009 for the WSJ). As that shriveled, it bet heavily on big finance--only to watch its giant trading floors empty out after the financial crisis. Neighboring Greenwich felt the heat, too. It was starting to look so grim for business in Connecticut in general in recent years that when GE said it was moving to Boston in 2016 it prompted an existential crisis for the state and its residents.

But could Connecticut be starting to get its mojo back?

Philip Morris International just announced that it is leaving what looks to me like midtown Manhattan and moving its corporate headquarters to Connecticut. And it's bringing about 200 jobs along with it. That will reportedly raise the number of Fortune 500 companies headquartered in Connecticut back up to 15 from 14, and almost recoup the jobs lost when GE left five years ago.

The appeal seems obvious. There's tons of real estate, a large portion of the workforce has now relocated or wants to work some part of the time from home in the suburbs, and New York City is in the middle of a mayoral campaign in which crime has become the number one issue. I wouldn't be surprised to see other employers follow suit.

Could have lots of implications for the regional tax bases, the viability of lunchtime businesses and drycleaners, the usage of public transit, and so on. I doubt NYC is the only such city going through this kind of shift. And it feels like we're more at the beginning than the end of it. 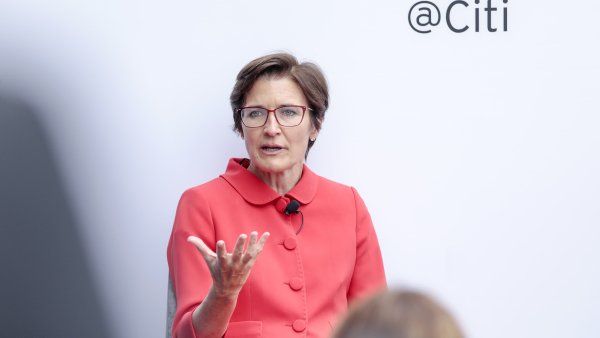 A Record Number of Women Are Now Running Global 500 Businesses