DETROIT – General Motors is once again significantly cutting production at its North American plants due to the semiconductor chip shortage, signaling the global parts problem remains a serious issue for the automotive industry.

The automaker said Thursday it's adding or extending downtimes at eight plants in the U.S., Canada and Mexico. Most of the new cuts are for two weeks, while production of its Silverado 1500 and Sierra 1500 full-size pickups in Indiana and Mexico is expected to resume after a week of downtime starting Sept. 13.

Other vehicles impacted by the new production cuts range from its Chevrolet and GMC midsize pickups and vans in Missouri to the Chevrolet Trailblazer in Mexico and crossover production across North America.

Natural Gas Has Only Done This Twice in the Last Decade, and It Could Mean More Pain Ahead, Charts Suggest 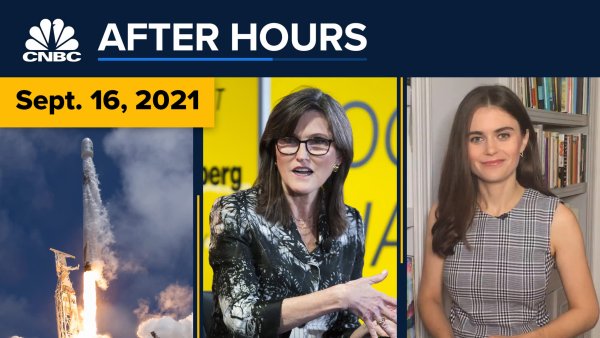 Why SpaceX's Inspiration4 Launch Is a Major Milestone for Civilian Space Travel: CNBC After Hours

"Although the situation remains complex and very fluid, we remain confident in our team's ability to continue finding creative solutions to minimize the impact on our highest-demand and capacity-constrained vehicles," the company said in a statement Thursday.

The chip shortage has quickly grown from what many executives expected to be a short-term problem during the first half of the year to one that some anticipate will linger well into 2022.

Automakers, including GM, have declined to release new forecasts for how much they expect the parts problem to impact earnings due to the volatility of the situation. They previously forecast billions in losses due to the problem, much of which has been offset by record vehicle prices due to the low supply of autos.

The semiconductor chip shortage is expected to cost the global automotive industry $110 billion in revenue in 2021, according to a May forecast from consulting firm AlixPartners.