The pan-European Stoxx 600 closed 0.9% lower, with travel and leisure stocks shedding 2.8% to lead the losses as most sectors and major bourses slid into negative territory.

Losses accelerated later in the day after the U.S. Fed chief indicated the central bank could hasten a tightening of monetary policy. 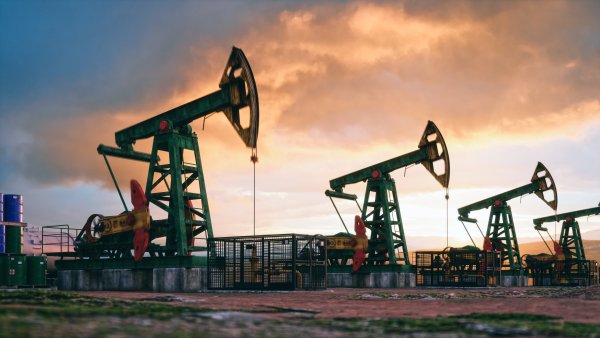 Jim Cramer, Who Once Saw Oil Stocks as Uninvestable, Explains Why He Changed His Mind

Speaking before a Senate committee, Powell said he thinks reducing the pace of monthly bond buys can move more quickly than the $15 billion a month schedule announced earlier this month.

U.S. stocks fell deeper into the red following Powell's comments, having already been in negative territory as investors reassessed the risks associated with the new omicron Covid variant.

Moderna CEO Stephane Bancel told the Financial Times that he expects existing vaccines to be less effective against the new variant. Bancel told CNBC on Monday that it could take months to develop and ship an omicron-specific vaccine.

He expressed some uncertainty about omicron, saying that will take at least two weeks to determine how much the mutations have affected the efficacy of the vaccines currently on the market.

"Depending on how much it dropped, we might decide on the one hand to give a higher dose of the current vaccine around the world to protect people. Maybe people at very high risk, the immunocompromised, and the elderly should need a fourth dose," he said.

Biden says he will direct FDA, CDC to use 'fastest process available' to clear omicron vaccines

Covid symptoms linked to the omicron variant have been described as "extremely mild" by the South African doctor who first spotted the new strain.

Nonetheless, the World Health Organization warned Monday that the omicron variant is likely to spread further and poses a "very high" global risk.

Stateside, investors are looking ahead to key economic data set to be released this week, including the November jobs report on Friday which is expected to show solid jobs growth. Economists surveyed by Dow Jones expect 581,000 jobs to have been added in November.

France's final third-quarter gross domestic product growth was confirmed at 3% quarter on quarter, while inflation rose to an annual rate of 3.4% in November, its highest since September 2008.

Earnings on Tuesday came from easyJet, SAS and Volvo Cars on Tuesday.

In terms of individual share price movement, British media company Future surged more than 12% after producing a strong earnings report and raising its full-year outlook for 2022.

Toward the bottom of the European blue chip index, Countryside Properties fell 6.1% as investors reacted negatively to its 2022 full-year guidance.