LONDON — European markets closed lower on Tuesday as investors monitored corporate earnings, along with extreme weather and the spread of Covid-19 across the continent.

The pan-European Stoxx 600 ended the session down by 0.5%, with technology shares slumping 1.6% to lead losses as most sectors and major bourses dipped into the red. 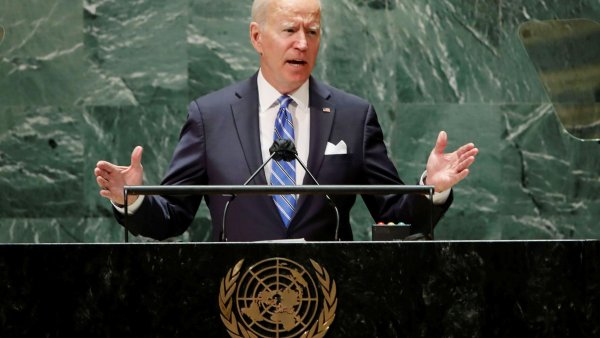 Biden Vows a New Era of ‘Relentless Diplomacy' as the World Contends With Covid, Climate Change and China

Stateside, focus this week is on the impending policy meeting of the U.S. Federal Reserve for clues on the outlook for monetary stimulus, along with a host of corporate earnings from major players.

U.S. stocks fell for the first time in six days on Tuesday ahead of quarterly earnings reports from several megacap technology companies including Apple, Google parent Alphabet and Microsoft.

Fundstrat's Tom Lee says it’s not too late to buy market near record highs, but avoid these sectors

Back in Europe, Monday saw wildfires rage in regions across southern Europe as hot weather and powerful winds took hold. Meanwhile, the north of the continent continued a cleanup operation after days of torrential rain and flooding, following deadly floods in Germany and surrounding countries last week.

In the U.K., Bank of England policymaker Gerhan Vlieghe said the central bank should avoid downscaling its monetary stimulus program for at least several quarters, amid what the BOE sees as a temporary spike in inflation and the lingering threat of Covid-19.

However, the IMF warned Tuesday that there's a risk inflation will prove to be more than just transitory, pushing central banks to take pre-emptive action.

Dassault Systemes raised its 2021 forecasts on the back of a surge in software sales and broad momentum across its businesses, sending shares 1.3% higher by the close.

French luxury goods giant LVMH reported a surge in second-quarter sales after the bell on Monday, as coronavirus restrictions eased the pressure on retail outlets around the world. Shares dipped slightly.

At the top of the Stoxx 600, British chemicals company Croda International climbed 5.6% after a strong first-half earnings report.

At the bottom of the index, German biotech company Morphosys plunged 9.3%, falling for a second straight day after cutting its revenue guidance.

"While costs rose, revenue only grew modestly. Reckitt was up against tough comparisons across several product categories like Dettol and Vitamins, Minerals & Supplements as it lapped quarters of extremely strong pandemic-fueled demand," said Laura Hoy, equity analyst at Hargreaves Lansdown.

"All told, Reckitt's half-year results were disappointing, sending shares on a nosedive. But a look beyond the headline numbers suggests this could be somewhat of an overreaction," she said.