Elon Musk never seems afraid to speak his mind and, when it comes to billions of dollars in government contracts for launching rockets, the SpaceX CEO is especially pointed.

The billionaire founder sparred Wednesday on Twitter with Tory Bruno, the CEO of Boeing and Lockheed Martin's rocket-building joint venture United Launch Alliance. At the core of the dispute is Musk's view that ULA receives heavy government support – a position that Bruno ardently denies.

"ULA would be dead as a doornail without the two launch provider DoD requirement," Musk wrote in a tweet.

"In this case, it is money diverted from making life multiplanetary, which is the goal of SpaceX, vs the ULA goal of maximizing dividends to Lockheed & Boeing," Musk added in another tweet.

Musk has previously referenced ULA receiving "a billion dollar annual subsidy" from the Pentagon, and last year called the competitor "a complete waste of taxpayer money."

Bruno, for his part, has repeatedly called the idea that ULA receives government subsidies "an absurd myth," saying "there is no subsidy" and published an op-ed with his view of the "misinformation." 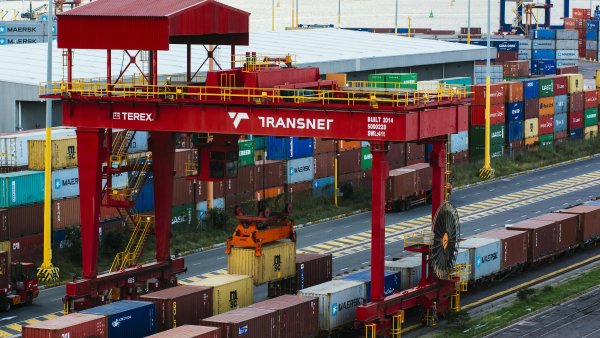 The CEOs are referring to an Air Force agreement commonly called "ELC." In a hearing five years ago before the Armed Services subcommittee, the late Sen. John McCain summarized ELC and its relationship with ULA – a company that was formed in 2006, combining Boeing and Lockheed Martin's rocket businesses in a 50-50 partnership.

"The purpose of ELC was to ensure that ULA, as the sole [United States] launch provider at the time, could be ready to launch when critical national security payloads were needed," McCain wrote in a statement, noting it was a part of a broader contract called "EELV" created "to fund the fixed cost of maintaining ULA launch infrastructure, critical to assuring access to space."

For about a decade, ULA dominated the market of U.S. launches for large and expensive military satellites. SpaceX infamously sued the Air Force in 2014 over a contract awarded solely to ULA. The lawsuit was later settled and the past few years have seen the military award both SpaceX and ULA multiple contracts through competition.

After the SpaceX settlement, McCain – like Musk – was critical of ULA continuing to receive funding under ELC.

Congress directed the Air Force to discontinue the ELC contract by the end of 2020, and the most recent ULA payment under the agreement was $98.5 million in 2019 for three launches.

Bruno responded to Musk on Wednesday, further denying that ULA receives government subsidies and instead pointing to the companies' current rivalry.

"Competition is healthy for the industry and customers. Our Nation is better off for having the broader industrial base we now enjoy as a result," Bruno wrote.

"I congratulate you on your considerable accomplishments. We are also proud of ours," he added.

The back-and-forth between the CEOs spun out of a conversation that originally centered on SpaceX's pioneering regularly reusing rocket booster for orbital launches.

SpaceX has been able to reuse a single Falcon booster as many as 10 times and is also increasingly reusing the nosecones as well, which Musk has said saves the company millions of dollars. The company originally expected the booster would need "refurbishment" after 10 launch-and-landings, but Musk said the company has needed to do less between each mission – with SpaceX now scheduling some Falcon 9 boosters to launch as many as 30 times each.

"Work needed between flights is less & less, as shown by shortening time between reflights," Musk said.

ULA, on the other hand, has been developing its Vulcan rocket, to both replace its aging Atlas and Delta rockets and end the use of Russian-built rocket engines. ULA's Atlas V rocket is powered by RD-180 engines, which are bought from Russia.

While ULA has talked about reusing Vulcan's rocket engines by catching them in the air with a system of parachutes and helicopters, the company has not announced when it expects to begin testing that system. ULA's first Vulcan launches will be expendable, with each part of the rocket either falling into the ocean or burning up in the atmosphere.

ULA executives have said the company still wants to eventually reuse Vulcan rockets, but have yet to announce a timeline or goal for doing so.