Congressional Democrats are weighing a raft of new taxes to help pay for their $3.5 trillion budget bill that would target corporate bigwigs and the nation's largest companies that buy back shares.

On a discussion list of several new and expanded potential taxes is a proposal to impose an excise tax on publicly traded companies that repurchase a "significant" amount of stock.

The list, which was obtained by CNBC, also includes a tax on firms with CEO pay that exceeds a to-be-determined ratio to that of the company's average worker. 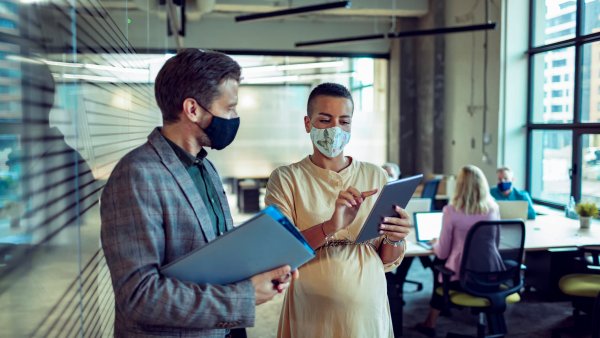 15 of the Top Companies for Women Working in Tech 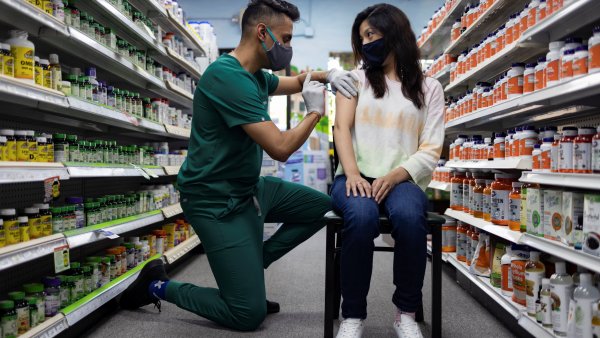 White House Says More Than 400,000 Americans Received a Covid Booster Shot at Pharmacies Over the Weekend

A discussion list is a draft of ideas that lawmakers assemble before formally pitching them in the House or Senate. Members of Congress will often circulate a list to determine which, and how many, members of the caucus support aspects of the plan. As such, key details like the threshold at which certain taxes would apply and size of the payment have not yet been ironed out.

The Democrats' plan also includes taxes related to carbon emissions which would likely be opposed by President Joe Biden and other moderate Democrats.

The proposed carbon taxes include a per-ton tax on the carbon dioxide content of leading fossil fuel producers upon extraction starting at $15 and escalating over time. Another suggests a per-ton tax on carbon emissions assessed on major industrial emitters, such as steel and cement makers. A third offers a simple, per-barrel tax on crude oil.

A related plan would repeal major tax subsidies for fossil fuels, including credits and accelerated deductions for extraction, preferential treatment of foreign income, and ability to avoid corporate income tax for pipeline companies.

But the would-be taxes aren't exclusive to corporations.

The Democrats note that the current 37% top ordinary tax rate expires at the end of 2025, when it will return to its prior 39.6%. Their plan would hasten that timeline and reinstate the 39.6% in 2022.

Asset managers often get paid about 20% of profits accrued above a certain annual return, which can represent the majority of an individual's income if their market bets led to significant gains. But that 20% commission is taxed at the capital gains rate of 20% — Democrats want to tax that income every year, realized or not, at the ordinary income tax levels.

The litany of tax ideas comes at Democrats look for ways to fund major spending initiatives they promised during the 2020 election cycle.

Republicans are unified in their opposition to the $3.5 trillion plan.

The revenue generators may also be a bid to pacify conservative Democrat Sen. Joe Manchin, who on Thursday urged party leaders to "pause" their consideration of the $3.5 trillion bill.

"I, for one, won't support a $3.5 trillion bill, or anywhere near that level of additional spending, without greater clarity about why Congress chooses to ignore the serious effects inflation and debt have on existing government programs," Manchin wrote in a Wall Street Journal op-ed.