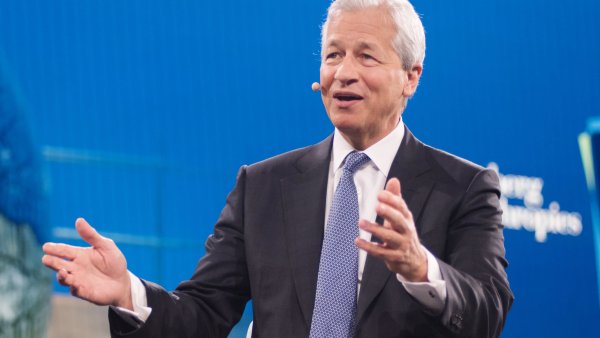 JPMorgan CEO Jamie Dimon Shares Advice to Grads: ‘How You Deal With Failure May Be Most Important' 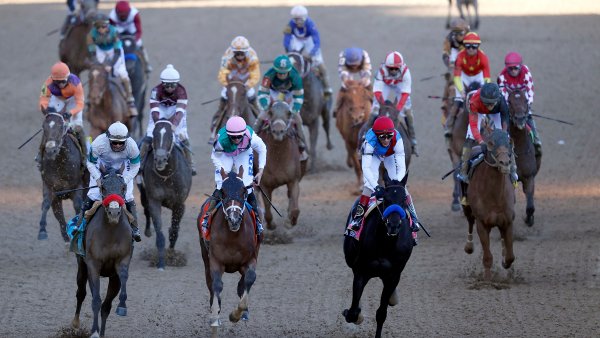 Members of the panel didn't recommend U.S. regulators restrict the use of the vaccine based on age or gender, but they did propose that the FDA consider adding a warning label for women under age 50.

The recommendation, which was adopted 10-4 with one abstention, by the CDC's Advisory Committee on Immunization Practices, will pave the way for U.S. regulators to lift their recommended pause on using the J&J shot as early as this weekend.

The single shot is a critical tool in getting lifesaving vaccines to hard-to-reach places that may not have reliable refrigeration, such as tribal lands, poorer neighborhoods and rural communities, as well as to people who may not be able to come back for a second dose, U.S. health officials say.

The committee, an outside panel of experts that advises the CDC, decided to postpone a decision on the vaccine last week while officials continued to investigate cases of six women, ages 18 to 48, who developed cerebral venous sinus thrombosis, or CVST, in combination with low blood platelets within about two weeks of receiving the shot.

The Food and Drug Administration and CDC on April 13 asked states to temporarily halt using J&J's vaccine "out of an abundance of caution" following reports of the rare blood clots. Within hours of the warning, more than a dozen states as well as some national pharmacies halted inoculations with J&J's vaccine, some replacing scheduled appointments with either the Pfizer or Moderna vaccine.

Prior to Friday's vote, the committee debated whether to recommend against the use of J&J's vaccine or endorse it with U.S. regulators enforcing a warning label. The committee also considered limiting the vaccine's use based on age or other risk factors.

CVST occurs when a blood clot forms in the brain's venous sinuses. It can prevent blood from draining out of the brain and can eventually cause a hemorrhage and other brain damage. The blood clots are similar to those reported in some individuals who received AstraZeneca's Covid-19 vaccine.

During Friday's meeting, Dr. Tom Shimabukuro, a CDC official, said there have been no reports of the condition in those who received the Pfizer-BioNTech mRNA vaccine. There were three reports of CVST in patients who received the Moderna vaccine, he said, though the patients didn't have the low level of blood platelets seen in the J&J recipients.

Blood platelets help the body form clots to heal wounds. U.S. health officials warned the use of a treatment like blood thinner heparin on those with low blood platelets could make their condition worse.

Rare blood clots with low platelets are occurring with the J&J shot at a rate of 7 per 1 million vaccinations in women ages 18 to 49 and 0.9 per 1 million in women ages 50 and older, according to a slide presented at the CDC panel meeting. CDC has confirmed 15 cases total of rare blood clot conditions, which includes 12 women who developed blood clots in the brain. Three women have died and 7 remain hospitalized, according to the slides.

There are no confirmed cases in men, though officials have said they are reviewing potential additional cases.

Dr. Michael Streiff, a hematologist at Johns Hopkins University School of Medicine, said the condition, in normal circumstances, is very rare. "I can tell you from my experience, treating these patients, I've just never seen it," he told the committee during a presentation Friday.

A CDC model presented at the meeting showed not resuming the use of J&J's vaccine would delay immunizing all adults intending to get the shots by 14 days.

J&J executives told the committee the benefits of its vaccine still outweighed its risks, adding that the shots would prevent deaths and hospitalizations. They suggested a new warning label for the vaccine that explains the risk of blood clots.

"We could expect that if 1 million people in the United States were vaccinated with the J&J single-dose vaccine, there would be over 2,000 fewer deaths and 6,000 fewer Covid-related hospitalizations," said Dr. Joanne Waldstreicher, J&J's chief medical officer.

Earlier this week, J&J said it would resume the rollout of its vaccine in Europe after regulators there backed the single-shot vaccine with the recommendation that a warning be added to the label. The European Medicines Agency researched all available evidence, it said, including the reports from the United States.

Last week, U.S. health officials said they expected the pause on the use of the vaccine to last only a matter of days, depending on what they learn in their investigation of the cases.

Before the CDC meeting, Dr. Wilbur Chen, a member of the committee, told CNBC that he saw "a huge amount of evidence" that the benefits of the J&J vaccine still outweigh its risks.

"I think that there is a willingness for us to use this vaccine. We did need to make an important pause to be able to look at this safety information to be able to consider the risks. But certainly, I think there's a huge amount of evidence that the benefit greatly outweighs this risk," Chen, a professor at the University of Maryland School of Medicine, told "Worldwide Exchange."

This is a developing story. Please check back for updates.