Sales going away in favor of more simple pricing

J.C. Penney is permanently marking down all of its merchandise by at least 40 percent so shoppers will no longer have to wait for a sale to get the lowest prices in its stores.

Penney said Wednesday that it is getting rid of the hundreds of sales it offers each year in favor of a simpler approach to pricing. On Feb. 1, the retailer is rolling out a three-tiered strategy that offers "Every Day" low pricing daily, "Monthly Value" discounts on select merchandise each month and clearance deals called "Best Price" during the first and the third Friday of each month when many shoppers get paid.

The plan is similar to Wal-Mart Store Inc.'s iconic everyday low pricing strategy except that Penney's goal isn't to undercut competitors. Instead, Penney aims to take the guesswork out of shopping in its stores by offering customers fewer sales and more predictable pricing. 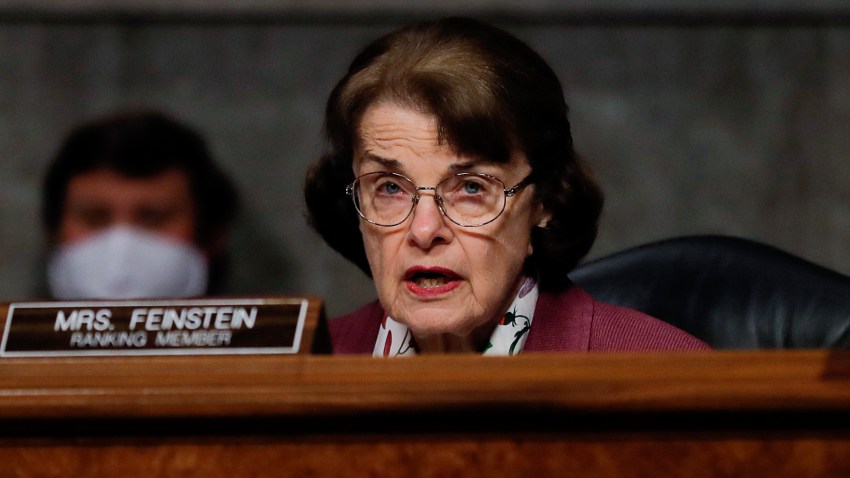 Department of Justice 1 hour ago

US Closes Probes Into 3 Senators Over Their Stock Trades Penney's plan comes at a time when stores are struggling to wean shoppers off the profit-busting bargains that they have come to expect in the weak economy. The move is risky because shoppers who love to bargain-hunt may be turned off by the absence of sales.

"The big question on investors' minds will be how customers will react to a single price point versus a perceived discount under the old strategy," says Citi Investment Research analyst Deborah L. Weinswig.

Here's how Penney's pricing will be different:

The new strategy, unveiled at Penney's investor meeting on Wednesday, comes as the retailer tries to turn around its business. Heavy discounting has hurt department stores like Penney. The group generates an average of about $200 per square foot, less than half the $550 or $600 stores like Victoria's Secret and Lululemon generate per square foot, according to John Bemis, head of Jones Lang LaSalle Inc.'s retail leasing team.

Penney has been a laggard even among department stores as its core middle-class customers have been among the hardest hit by the weak economy. It's also failed to attract a younger, hip customer despite its efforts to add brands Mary Kate and Ashley Olsen teen clothing collection. And its stores are described by some in the industry as "boring."

For the first nine months of fiscal 2011, Penney's revenue at stores opened at least a year -- an indicator of a retailer's health -- rose 0.9 percent, while competitors like Macy's Inc. rose 5.4 percent, and Kohl's was up 1.1 percent. Penney posted a loss in the third quarter and cut its fourth-quarter earnings outlook after a disappointing holiday season when it had to heavily discount to attract consumers. Penney's gross profit margin has shrunk for six straight quarters.

The pricing strategy caps months of speculation about what Penney's future might look like under the leadership of Ron Johnson, a former Target Corp executive and the mastermind behind the success at Apple Inc. stores who became Penney's CEO in November.

Johnson, who joined the company's board in August, has begun to put his stamp on the retailer. Penney announced in December it will have homemaker doyenne Martha Stewart develop mini-shops starting next year. And Johnson has tapped former colleagues at Apple and Target to join him at Penney.

Johnson and his management team have a big task ahead of them in making the new pricing strategy appeal to shoppers. For years, Penney, like many other stores, has artificially propped up ticketed prices even as costs have come down slightly over the past decade. The intent: to make it look like shoppers are getting great discounts.

Penney has been an especially big promoter. Last year, the company, which offered 590 sales events last year, had about 72 percent of its revenue come from merchandise that was discounted by 50 percent or more.

That's more than double the industry average. According to an estimate by management consultant firm A.T. Kearney, a typical retailer sells between 40 and 45 percent of its inventory at a promotional price, up from 15 to 20 percent 10 years ago.

The increased discounting has been a vicious cycle that only feeds into shoppers' insatiable appetite for bigger and better discounts. In fact, whereas it took 38 percent off to get shoppers to buy 10 years ago, it now takes discounts of 60 percent, Penney says.

Charles Grom, a retail analyst at J.P. Morgan, said it will be difficult to change shoppers' buying habits. Macy's, for example, cut back on coupons a few years ago, only being forced to ramp it back up after seeing sales suffer.

"Shopper fatigue has been building for several years with the advent of the Internet and the ability for shoppers to compare prices," he said. "If (Johnson) can try to pull this off, it will be impressive. But it's hard for retailers to change the image of the company. He has a lot of wood to chop."