Grocer Finally Ready to Open in Downtown Fort Worth

First grocery store in more than a decade opens Saturday

The opening of a new grocery store might not sound like a big deal, but it's been more than a decade since the last one operated near Sundance Square.

But that will change when Oliver's Fine Foods opens Saturday at Fourth and Throckmorton streets.

For the last few weeks, people have been peering inside to get a glimpse of the first urban grocery store in Fort Worth's revitalized downtown in 15 years.

Owner Todd Bush said it is as big of a relief to him as it is to downtown residents. His first store is in Mansfield. 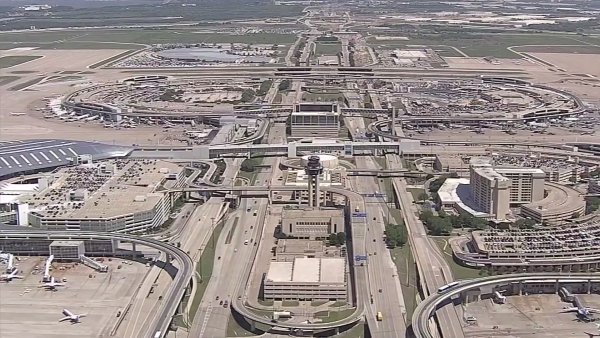 "This is the easy part. Cooking food is fun and easy; trying to get this place ready to open was the difficult part, so we're really excited about this place," he said.

The folks of Sundance Square, who for years have tried to find the perfect fit for an urban grocer, are also excited.

"When you finally get to look at it in this form, it stimulates a bit of excitement -- just the visual," Sundance CEO Johnny Campbell said.

Local leaders say they hope Oliver's will also be a way to help bring in more residents and developers.

"We view this as something that really validates our merchandise mixture and really creates a more mature downtown and will ultimately attract more living downtown," Campbell said.

More than 2,800 apartments, condos and townhouses currently are in the area, according to Downtown Fort Worth Inc.'s analysis of the area. And after a slowdown because of the national economy, more are on the way.

"There are new projects being designed and financed and, with that, come new downtown residents, and so we want to have the amenities for those residents when they get here, as well as for the existing ones," said Councilman Joel Burns, whose district includes downtown.

While Oliver's may be a place to pick up meats, cheeses, vegetables and beer, it's also part of the continued push to get more people into urban villages throughout the city where cars aren't necessary for everyday life.

Based on the number of faces pressed to the windows lately, those involved in bringing the grocery store to Sundance believe it's well on its way to success.

"We get a lot of buzz from this," Bush said. "I don't think I've ever seen this before, so it's a great opportunity for us."