According to the most recent USPS filings in federal court, the agency was processing just 76% of ballots on-time, as of Dec. 21, in their Atlanta metro region, which covers most of the northern – and most populated – half of the Peach State. 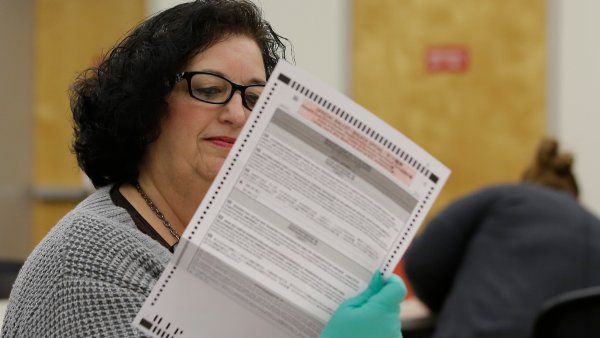 A Signature Issue: How Aggressive Will Georgia Be in Rejecting Mail Ballots? While it’s impossible to know how many ballots were mailed on any given day, the state reported more than 38,000 mail ballots received by local elections officials over the weekend, an indication that tens of thousands of additional ballots are likely still in-transit at this very moment.  Nearly 1 million ballots have been cast by mail so far in the runoff races.

The USPS’ Gulf Atlantic region – which covers the southern half of Georgia – had significantly better marks than Atlanta, but on-time performance for first-class mail had dropped significantly in both regions, including from 87% in Atlanta in mid-November to just 54% in mid-December.

The USPS agreed to treat all ballots as Priority Express mail, which typically gets delivered within one day.  However, that compromise only came as a result of ongoing litigation from civil rights groups that challenged dozens of Postmaster Louis DeJoy’s cost-cutting and delivery-slowing measures in 2020.  The agency also added extra staff and deliveries in Georgia leading up to Election Day.

A USPS spokesperson said December’s increase in mail impacted “scores of all products,” but “Election Mail and ballots have always been prioritized and are performing well above other product lines.”

That included Georgia, where more than 5,000 ballots were rejected because they arrived at elections offices after Election Day.  With more than 20% of mail delayed in the Atlanta region in early November, it’s possible more than 1,000 of the rejected ballots would have counted if the USPS had simply performed to its historical norms.

Most key USPS performance indicators did not improve in November, then deteriorated significantly as the December holidays approached; delayed first-class mail tripled nationally from Nov. 14 to Dec. 19, according to federal filings.

Georgia’s two run-off elections, which will ultimately decide the balance of power in the U.S. Senate, are expected to be close.  After Joe Biden won the state’s presidential race by a margin of just 0.2%, or 11,779 votes, both Democrats and Republicans have flooded the state with money and support to capitalize on every possible political advantage.

The November results have also been an obsession of President Trump, who has spread false conspiracy theories about the tally, and has criticized Georgia’s Republican state leaders for not counting the votes differently.   However, multiple recounts of the state’s paper ballots – and a specific Georgia Bureau of Investigations audit, requested by President Trump, into Georgia’s mail ballots – found few irregularities and zero fraud.