What a difference eight days makes. Just last week the nation settled in for the first televised debate between President Donald Trump and Democratic challenger Joe Biden. Before the dust from that contest could settle Trump revealed he's contracted COVID-19 and a small platoon of his inner circle have since come forward to reveal they've contracted the disease as well.

Here's what you need to know about tonight's debate. 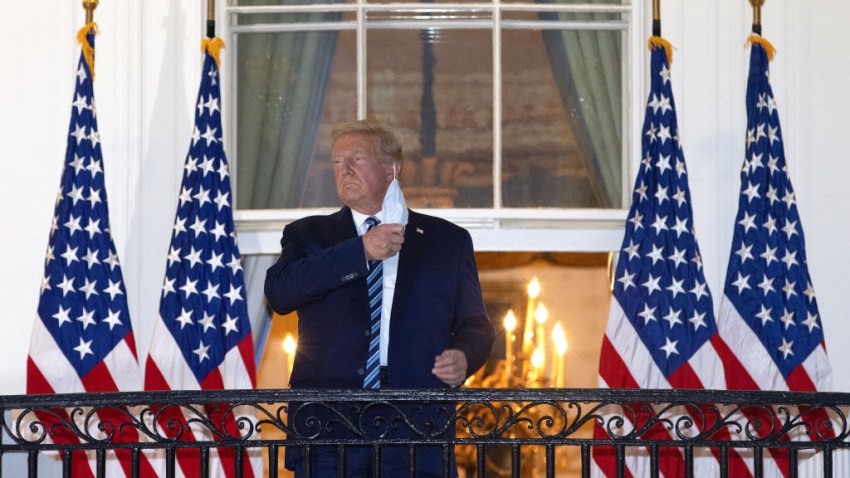 What We Know (and Don't Know) About Trump's Unusual COVID-19 Treatment Plan and His Health Today, According to an Expert

I Hate Politics: How the 2020 Election May Affect Your Student Loans

The 90-minute debate will take place at 9 p.m. ET at the University of Utah's Kingsbury Hall in Salt Lake City.

Although debate format changes were floated following the onstage verbal brawl between Trump and Biden, the VP debate format will be similar to last week's contest. It will be divided into nine segments of approximately 10 minutes each, and there will be no commercial breaks, according to the Commission on Presidential Debates. Unlike the presidential debate, topics are not being disclosed ahead of time.

The moderator will ask an opening question to Pence first, after which each candidate will have two minutes to respond, the CPD said.

Pence's debate strategy aims to highlight the administration's economic record and attempt to portray the Democratic ticket as beholden to “radical left,” said former GOP Gov. Scott Walker of Wisconsin, who is helping the vice president prepare for the debate, on “Fox & Friends.”

Harris, a 55-year-old California senator and daughter of a Jamaican father and an Indian mother, will make history as the first Black woman to appear in a vice presidential debate. The debate is her highest profile opportunity to say how Biden would stabilize the United States, especially when it comes to the pandemic and racial injustice.

Pence and Harris will appear on stage separated by plexiglass barriers. Anyone in the small audience who refuses to wear a mask will be asked to leave. The candidates will be tested ahead of the debate and won't shake hands. They'll sit just over 12 feet apart, as opposed to the original 7 feet that had been planned. Page will be 12 feet away from the candidates as well.

Pence, who sat in front of and across from people who were later diagnosed with Covid-19 at a Rose Garden event for Supreme Court nominee Amy Coney Barrett on Sept. 26th, has so far tested negative for the coronavirus. His staff and doctors insist he does not need to quarantine under Centers for Disease Control and Prevention guidelines.

Pence's team objected to Harris’ request for plexiglass barriers, arguing it was medically unnecessary. But the CPD had already agreed to the barriers, and Pence’s aides said their presence would not dissuade him from attending the event.