Several nurses at one of the state’s largest hospitals told NBC 5 Investigates they were shocked to learn of a new proposal on how to extend the life of N95 masks, by putting used ones in trash cans to be cleaned, then re-issued to other nurses.

Administrators at UT Southwestern Medical Center in Dallas ultimately decided not to collect the used masks in communal bins but still moved forward with the cleaning plan, instead returning masks to the original user.

Still some nurses questioned why the hospital is going to such lengths to recycle masks, instead of simply replacing them with new, clean ones, since the hospital is not overflowing with COVID-19 patients.

The nurses spoke on the condition they remain anonymous, fearing they would lose their jobs for speaking out.

N95 masks are manufactured to be typically worn only once and then discarded. But in the midst of a pandemic some hospitals are trying new methods of sterilizing and re-using them to conserve supplies.

Some UT Southwestern nurses said they found it repulsive when they first saw small trash cans in the hospital with signs saying they were not for trash but, instead, for the collecting of used masks.

They said they feared communal cleaning and re-use could further expose them to COVID-19.

They said that just weeks earlier they were told the hospital had plenty of supplies, including N95 masks, to get them through the coronavirus crisis.

“We were told, no, that we would never have to re-use our protective equipment,” one nurse said.

Ultimately, UT Southwestern ditched the plan to gather used masks in trash cans. Today, they are placed in individual paper bags and them placed in a plastic bin.

NBC 5 Investigates has obtained an April 5 memo from a hospital executive vice president, telling staffers that, “…we will be collecting your mask, sterilizing it, and then returning it to you.”

“Masks will not be gathered in bulk and redistributed to the wrong person,” the memo said.

The executive, in the memo, said the hospital was “sterilizing masks with hydrogen peroxide” vapor, a method the executive said is, “recommended by the Centers for Disease Control and Prevention … and is proved to kill 99.9999% of pathogens.”

Some of the nurses said the memo overstates what the CDC has said about the cleaning method.

"The CDC guidelines don't make it sound as definitive as the hospital is telling us. So we just don't know. There's a lot of uncertainty."

In fact, a CDC guidance document said the agency does “not recommend” that masks be decontaminated and re-used, “but in times of crisis, this option may need to be considered.”

It went on to say that, “based on the limited research available” vaporous hydrogen peroxide is one of several methods which showed “the most promise as potential methods to decontaminate” N95 masks.

“We’re appalled at this,” said Gerard Brogan, with National Nurses United, the nation’s largest union and professional organization of nurses.

Brogan said his union, which does not represent nurses at UT Southwestern, believes more research is needed to determine whether it’s safe to sterilize and re-use N95 masks.

The studies showing that sterilizing masks may be acceptable during a crisis “have been done in a great hurry,” Brogan said. “And again, just going back to clinical guidelines, studies should not be done in a hurry."

UT Southwestern sent NBC 5 Investigates a video showing how it sterilizes masks, saying the process is completely safe and in keeping with research from other major university medical centers.

Staffers at UT Southwestern in Dallas clean N95 masks to be reused by nurses and other medical staff.

Those medical centers include Stanford and Duke where new studies have shown hydrogen peroxide sterilization was effective and did not compromise safety.

“I would rather have something than nothing at all. And so that’s really what we’re faced with right now,” said Serena Bumpus, director of practice with the Texas Nurses Association. Bumpus said her group applauds hospitals that are searching for creative and safe re-cycling methods during the pandemic.

But the UT Southwestern nurses who spoke to us said they still wonder if masks will breakdown, or not seal properly, after cleaning, leaving them more exposed to the virus.

And they said they are confused about whether recycling is necessary, since UT Southwestern is not, at least yet, overrun with COVID-19 patients.

"We're not at full capacity. We're not even close to full capacity yet. So, I don't understand why we are stretching thin and making nurses, and by extension patients, suffer early."

The nurses also told NBC 5 Investigates the cleaning of the masks is inconsistent.

Some days they are cleaned and returned in time for their next shift, they said, and sometimes they are not.

"So, it's very inconsistent on even when you'll get your mask back," a nurse told NBC 5 Investigates.

UT Southwestern said it will provide, when needed, new N95s or possibly, instead, respirator helmets.

But the nurses that spoke to NBC 5 Investigates say they have at times had to use staples to repair masks, to make it through their shifts – something they said they never thought would happen at a hospital that is yet to be overcrowded with virus patients.

Asked why it is already rationing protective gear, the hospital, in a statement, said: “While we have adequate supplies at this time, our strategy is to err on the safe side to ensure we have the PPE needed should there be a spike in the future."

But Brogan, with National Nurses United, said hospitals should move in a different direction, focusing on getting more supplies, rather than spending time and resources trying to recycle what they already have. 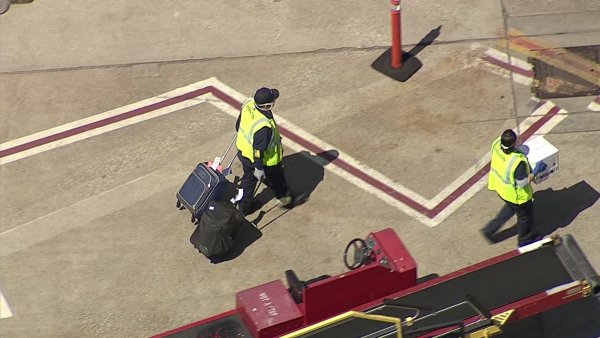 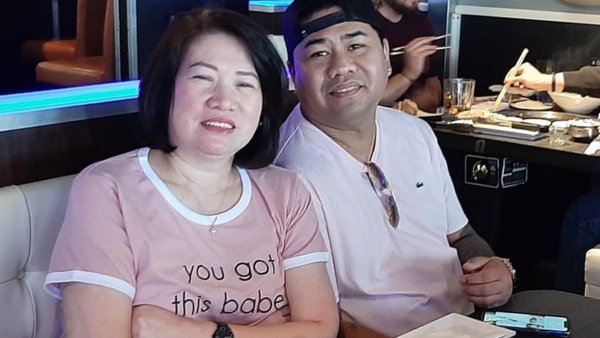 DFW Ramp Worker Tested Positive for COVID-19 Before His Death; One of Dozens Sickened, Union Says