Following up on a report we did in August, NBC 5 Investigates is again testing the United States Postal Service to monitor mail delivery ahead of the November presidential election.

Letters sent from two post offices in two different North Texas cities led to two markedly different results where mail sent from Fort Worth arrived faster than letters mailed from Dallas to the same destinations on the same day.

In August, we sent letters from a post office in Dallas to locations across Dallas-Fort Worth and to our friends at other NBC stations nationwide. They sent us letters too, more than 150 in all. About 88% of the letters arrived within the 1-3 days the post office promises between most major cities.

This month, we expanded our test to include more letters going between more cities, this time sent on Friday, Sept. 11 from post offices in both Fort Worth and Dallas.

Of the letters sent from a mailbox outside the post office on 8th Avenue in Fort Worth, 96% of them arrived between 1-3 days.

But the letters sent on the same day from a mailbox outside the Brookhollow post office on Norwood Road in Dallas -- zero arrived on time.

From the Fort Worth post office, it took only two business days to reach Chicago, Los Angeles and New York. From Dallas, it took six days for our letter to get to Chicago and five days to get to LA and New York.

Even letters sent from Dallas to Grand Prairie and to another address in Dallas took five business days from the Dallas post office.

When the letters arrived, we noticed something odd -- the letters were not postmarked until Monday, Sept. 14, three days after they were mailed.

"That sounds like a post office that has an issue," said Dave Lewis, with SnailWorks, a company that electronically tracks 10-20 million pieces of mail every day for clients across the country. "Something went wrong there. That's something we very rarely see."

Lewis said letters should be moved to a sorting facility and postmarked the same day they are dropped off.

"If one of my customers had that experience, I would call the postmaster or the manager at the office and ask what was going on and explain the problem to him. It sounds like they've got a process problem somewhere," Lewis said.

So we contacted the postal service. A Dallas spokesperson declined to answer questions about why it took days to postmark our letters. Instead, he said, "The postal service cannot substantiate that your test represents a reasonable approximation of election mail" and that the agency is "committed to delivering election mail in a timely manner."

Dallas wasn't the only city with postmark issues. One letter sent from Fort Worth had no date stamp when it arrived, instead, it was crossed out with a red marker and there's a second red mark above the address. We asked the post office what that means and why it wasn't postmarked and they would not answer that question. 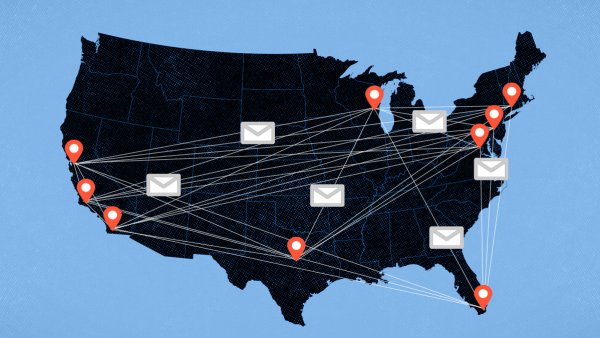 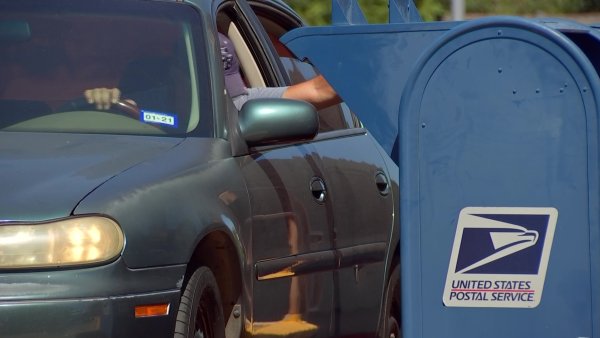 Testing the USPS: Most Mail Arrived Fast, Some Did Not

A U.S. Postal Service audit in August suggested the postmark issues may be a wider problem. The agency's inspector general found about 4,200 election ballots did not receive a postmark in a recent election in New York state. In Texas, a late or missing postmark could get your absentee ballot tossed out. The state will accept absentee ballots that arrive up to one day after the election, but only if postmarked by Election Day.

Lewis anticipates some isolated election issues but said most voters should be fine mailing in their ballots.

Lewis said statistics from his company show more mail is running late, but only by about a half to one day behind normal.

In our latest nationwide test, our NBC stations sent each other more than 400 pieces of first-class mail on Sept. 11. We found that 88% of that mail arrived within 1-3 days and 98% of it arrived within a week. The postal service's own stats also show 88% on-time arrival in September. To some in Washington, D.C., that's not bad.

"There was a slight dip in service. But currently, in terms of first-class mail we're down only slightly in terms of on-time delivery from about 90% to just under 90%," said Sen. Ron Johnson (R-WI).

But if you're waiting for something like a prescription, an extra day or two might be a bigger problem.

"If you're on a fixed income and you're waiting for your check to come in the mail so you can pay your bills. A delay of a few days may cause you'd have a late fee that you can't afford. I mean, there's really a real-world consequence behind this," said Rep. Collin Allred (D-Texas).

Allred said he's hearing complaints from constituents including Veterans who rely on the mail for medication. And those troubles could linger beyond November without more action done to help the cash-strapped U.S. Postal Service.

"I think that people expect that if they do their part, the mail will do its part. And we have to make sure that happens," Allred said.

The U.S. Postal Service said statistics in September show improvement over August and that they are working on improvements in places like Chicago where it took twice as long as it should have for a letter from Dallas to arrive.