With protective gear in dangerously short supply in Texas, Gov. Greg Abbott on Tuesday said the state has placed an $80 million order for masks to help block the damage from the coronavirus.

“By the end of this week, the Texas Division of Emergency Management will be receiving approximately 100,000 masks per day,” Abbott said during a press briefing in a warehouse stacked with pallets of protective equipment.

The influx of masks is expected to soon grow to over a million a week, he said.

The governor’s announcement comes as NBC 5 Investigates has reported shortages of masks, most commonly “N-95s,” for North Texas’ first responders in the virus crisis – police, firefighters, paramedics and nurses. 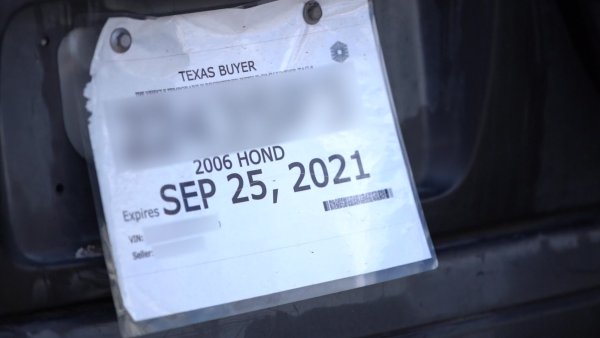 “Unprecedented is a good word to be using right now, because this is something none of us have ever seen before,” one Fort Worth firefighter said, describing the efforts to keep pace with the virus’ spread here.

Monday night, NBC 5 Investigates reported exclusively that nurses at Parkland Hospital in Dallas received a directive to reuse N-95 masks, storing them in paper bags outside patients’ rooms, and using them repeatedly until the end of their shift or until they looked “soiled.”

The memo to nurses was headlined, “What Nurses Need to Do!,” was to go into effect “immediately,” and was for the reasons of “extending the life of N95 face mask.”

NBC 5 Investigates reached out to other hospitals in Dallas and Fort Worth, asking for their policies in re-using masks. None of the hospitals had responded by late Tuesday afternoon.

Healthcare experts and the Centers for Disease Control and Prevention have said the careful re-using of masks is acceptable, though not ideal, during a crisis.

“You have to have a safe place to store that mask and putting it in a paper bag allows it to not build up moisture. And provide a contained area to keep that mask safe for the next use,” said Sara Bienvenu, a infection prevention expert in New Orleans and consultant for Q-Centrix, a data management provider for health care networks across the country.

Some nurses, paramedics and police officers have expressed concerns about facing a dangerous virus with a dwindling supply of protection.

The governor said Texans across the state have responded to their needs – from construction workers to plastic surgeons – donating their masks to those on the front lines of battling the coronavirus.

“There was a supply load in yesterday that was shipped out… and is being distributed across the state, as we speak, that included 10,000 masks,” Abbott said.

At Parkland, officials said they had not been notified of additional supplies coming from the state as of Tuesday. But when they come, they will be welcomed, with healthcare workers and first responders from across North Texas saying their current supply, if not replenished, will disappear within weeks.