Six of the largest school districts in north Texas have already spent more than $137 million responding to COVID-19, according to records obtained by NBC 5 Investigates. The records detail millions of dollars spent on items including hand sanitizer, facemasks, plastic shields for desks, technology for remote learning, and even pay for teachers forced to quarantine.

At the Dallas Independent School District alone, the bill for hand sanitizer has already topped $1.7 million.

Spending records show Dallas ISD has spent more than $5 million on sneeze guards for desks and another $2 million on stackable plastic bins so students can keep school supplies separated from their classmates.

In all, COVID-19 has cost Dallas ISD more than $68 million so far with more than $30 million spent on things like cleaning supplies and protective equipment.

To put those numbers in perspective, for $68 million would cover the annual salaries of about 1,000 teachers. But, school leaders said they have had no choice but to shift massive amounts of money to efforts to keep students and teachers safe in the midst of a pandemic.

Griffith has watched as schools across the country raced to find protective supplies while prices sometimes soared as demand shot through the roof.

“You saw masks go up. You saw plastic protectors that you can wear over your face, the costs skyrocket,” said Griffith.

Photos: What Did It Cost?

Griffith said schools had to pay, fearing they would not have what they needed when students and teachers when they returned to school.

“So, we saw schools kind of scrambling. They didn't necessarily have the expertise and in some cases, unfortunately, they used their money to purchase things that they didn't really need,” said Griffith.

DISD Chief Business Officer Dwayne Thompson told NBC 5 Investigates the district has purchased only what was necessary to protect lives and he said his staff has worked to keep costs down while prices climb.

“I think, when you take into consideration providing the safest environment for our students to staff that were coming back, this is a necessity, right? We need masks. We need hand sanitizer,” said Thompson.

But Dallas' largest teachers union, Alliance American Federation of Teachers, questions spending on some of the items detailed in district records NBC 5 Investigates obtained, including more than $1 million spent on stands that hold one gallon jugs of hand sanitizer.

“That's really astounding to me,” said Rena Honea, Alliance AFT union leader, who wondered if schools could have put sanitizer bottles on tables or desks instead.

She also questioned the $2 million Dallas ISD spent on plastic bins for student supplies. The district bought about 81,000 bins at $25 each.

Honea said the bins work to separated supplies, but sometimes take up too much space in classrooms, reducing room for social distancing.

The union said it appreciates the protective gear the district purchased for staff, but complains teachers should have been consulted more about what to buy.

It also frustrates some teachers to see the millions spent on PPE, because the union had protested putting teachers back in school buildings saying it would not be safe.

“And for many all over the state, those are death traps with underlying health conditions that people have,” said Honea.

When the state required schools to offer in-person learning, Dallas ISD said it had to spend whatever necessary to make buildings safer. 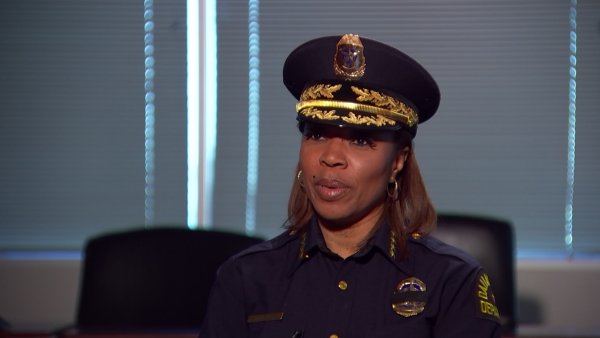 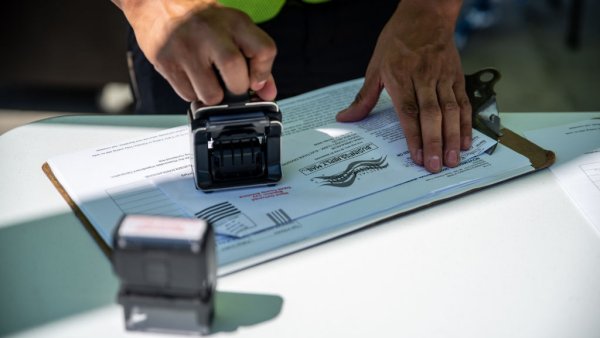 Including $1 million for those hand sanitizer stands.

DISD’s Thompson said the stands were needed to place hand sanitizer immediately outside of classrooms and that his team worked hard to find the lowest prices on protective equipment, even when items were in short supply.

But, spending records suggest Dallas ISD sometimes paid a premium for certain items, including thousands of AA and AAA batteries. Invoices show packs of 144 batteries bought for $232 each. NBC 5 Investigates found the same size packs on Amazon for a third of that price.

The records also show the district spent hundreds of thousands of dollars on disposable facemasks but then spent another $1.5 million on customized cloth masks for staff, printed with DISD logos.

District officials said that was done for security purposes.

So far, Dallas ISD has been able to cover the massive COVID-19 costs with cash it saved when school buildings were shut down and events were canceled in the spring.

But as the crisis wears on and costs continue to mount some analysts worry about the health of school district finances across the country, without more help from the federal government.

“They're going to have to make some really tough choices if new dollars aren't made available,” said Griffith.

The federal government has sent Texas more than $1 billion in pandemic aid for schools through the CARES Act. When the Texas Education Agency received that money the agency passed it on to school districts, but then cut each district’s state funding by the same amount. So, local schools have not received any more in state funds than what they expected to receive at the start of 2020.

Records show all of the largest DFW area school districts have poured millions into responding to COVID-19.

Those totals includes some costs for technology needed for remote learning and extra pay for staff needed to respond to pandemic-related needs. Some districts have been able to get other federal grants to offset some of those costs, and this week the state announced it would release $420 million in additional federal funds to help school districts pay for technology for remote learning.

Griffith said the total costs for schools may climb much higher because many kids have fallen behind during the pandemic and schools will have to invest much more to get them caught up.

“And that's a higher cost than providing kids with, say, a mask or hand sanitizer,” said Griffith.