McDonald’s carries Chicken McNuggets and the McChicken sandwich. But the board wrote in the email that they do not compete in the premium chicken sandwich category

McDonald’s U.S. franchisees want a chicken sandwich to rival Chick-fil-A’s as the Southern chain’s threat to their business continues to grow.

“A Chicken Sandwich at McDonald’s should be our top priority,” the National Owners Association board said in an email addressed to fellow operators on Wednesday.

U.S. franchisees formed the NOA last year as the Chicago-based company pushed discounts and expensive high-tech store renovations, which owners say were weighing on their profitability. 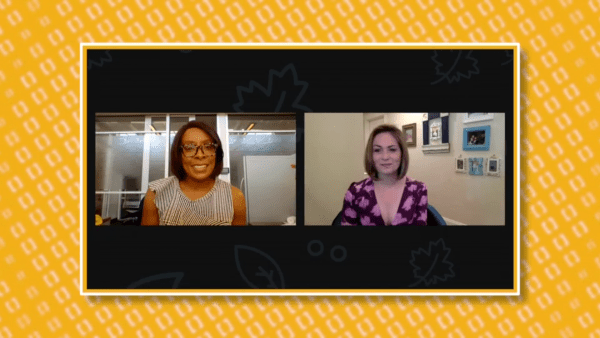 McDonald’s carries Chicken McNuggets and the McChicken sandwich. But the board wrote in the email that they do not compete in the premium chicken sandwich category, with either a grilled or crispy option.

“Chick Fil A’s results demonstrate the power of chicken,” the board wrote.

This year, Chick-fil-A ranked highest of all fast-food chains on the American Customer Satisfaction Index. McDonald’s landed at the bottom of the list despite investments meant to improve the consumer experience, like self-order kiosks.

Atlanta-based Chick-fil-A has also been expanding outside of its Southeast stronghold in recent years, opening locations in New York City and Seattle. According to Nation’s Restaurants News, the chicken chain is now the nation’s third-largest restaurant chain by sales, trailing only McDonald’s and Starbucks. McDonald’s has roughly 14,000 restaurants in the U.S., while Chick-fil-A operated 1,989 stand-alone restaurants and 363 “licensed units,” which are the non-traditional stadium, park and university locations, by the end of last year.

“You may not have Chick Fil A’s in your market or to the degree they have them in the southeast, but they are coming,” the board said in the email. “And they don’t discount.”

The board wrote that the results of McDonald’s U.S. Southeast market “should concern everyone.”

The board suggests that McDonald’s start by testing its Southern Style Chicken Sandwich, with some tweaks lifted from Chick-fil-A’s playbook — serving the sandwich in a foil bag and buttering the bun. McDonald’s pulled the sandwich from the national menu several years ago.

In October 2018, the chain started testing an Ultimate Chicken Sandwich at more than 160 locations in Washington state. The company is also planning to launch a spicy chicken sandwich and spicy chicken tenders in mid-September, according to Business Insider.

McDonald’s did not immediately respond to a request for comment.

Since franchisees formed the NOA, the company has slowed the pace of its store remodels, allowing owners an additional two years to renovate in exchange for less corporate funding. The group will next meet in Dallas in October.

It’s hard to believe we are half way through 2019. It’s been a whirlwind with lots of changes. We have new elected leadership in the NFLA with a much different approach to leading. Mark and the team are indeed leading, which is why we voted for them. The company is beginning to appreciate that leadership. Slowly. Change is hard. We still have work to do.

We have changed the focus to our drive thru’s, where our customers want to use us most. We have reengaged the gate keeper. We are studying our operations to ensure our speed and efficiency. We are finding ways to drive profitable growth. Yet, we are still losing guest counts. This continues to be a concern. Yes, there are some changes in how our guests are using us. Larger orders serving more customers, but the magnitude of the loss in transaction counts is greater than what can be explained in order aggregation (especially in the Southeast US).

Two things come to mind. First, our approach to value. We learned from last year that everyday value at the national level is impossible and ineffective. Dollar Drinks is the last aspect of D123 that must be eliminated from OPNAD’s calendar. It is not working for the majority of the US. For those markets that it is, they can continue to support it at the local level. This is where everyday value should be decided upon and supported. There is opportunity for deal at the national level but should be used sparingly. We must find more sustainable growth opportunities. Price is not the answer, especially in today’s economic environment.

Secondly is our product promotion. Our Quarter Pounder success shows what we can do when we promote a product our customers want from us. It helped that we improved the product, although we have sacrificed speed in the process. But promoting our customers’ favorites does generate results. We wish we could say the same about the worldwide favorites. They may be favorites abroad, but they are not our customers favorites. A favorite, that our customers want, is a chicken sandwich. Unfortunately, they have to go to Chick Fil A for it. Chick Fil A’s results demonstrate the power of chicken. Yes, we have great Chicken Mcnuggets and our McChicken is a very good product. But we do not compete in the premium chicken sandwich category, either grilled or crispy. Our US Southeast markets’ results should concern everyone. You may not have Chick Fil A’s in your market or to the degree they have them in the southeast, but they are coming. And they don’t discount.

A Chicken Sandwich at McDonald’s should be our top priority. JFK called for a man on the moon, our call should be a category leading chicken sandwich. We don’t have to reinvent the wheel. We didn’t invent the drive thru, we perfected it. Chick Fil A invented the Chicken Sandwich, but we can do one better. Our Southern Style Chicken sandwich was very close to category leading. It needs some tweaks. We need to serve it in a foil bag and we need to butter the bun, but the patty recipe was excellent. It can be served in our existing kitchens within our existing service times (even faster). We should test it in the south and if successful, we should put it on OPNAD as soon as possible. If it’s not, then in Fred’s words “someone please come up with a world class Chicken Sandwich!!

Food is still the driver in our business. Food that is irresistible and fast. Food that we don’t have to discount. We get the food right, and the guests counts will follow. Your “reaching for the moon” NOA Board.

Correction: The letter from the National Owners Association was sent on Wednesday.

This story first appeared on CNBC.com. Here is more from CNBC.