Two arts festivals, the Main Street Arts Festival and Fort Worth Arts Fair, are expected to bring tens of thousands of people to downtown Fort Worth this weekend.

The Main Street Fort Worth Arts Festival returned Thursday after a two-year hiatus and lasts through Sunday. This year, there are 212 artists from across the country selected from a pool of more than 1,000 applicants.

Eric Clay of Orlando, Florida is participating for the first time. Clay’s artwork is photography-based, working with historic portraits and photos of animals.

“Usually it brings a smile to people’s faces. The occasional person finds it a little creepy,” Clay said.

For many artists like Steve Palmer of Minneapolis, Minnesota festivals and fairs are a major part of their livelihood. Palmer works with glass-blowing art and said he had to shut down his studio for a year during the pandemic. 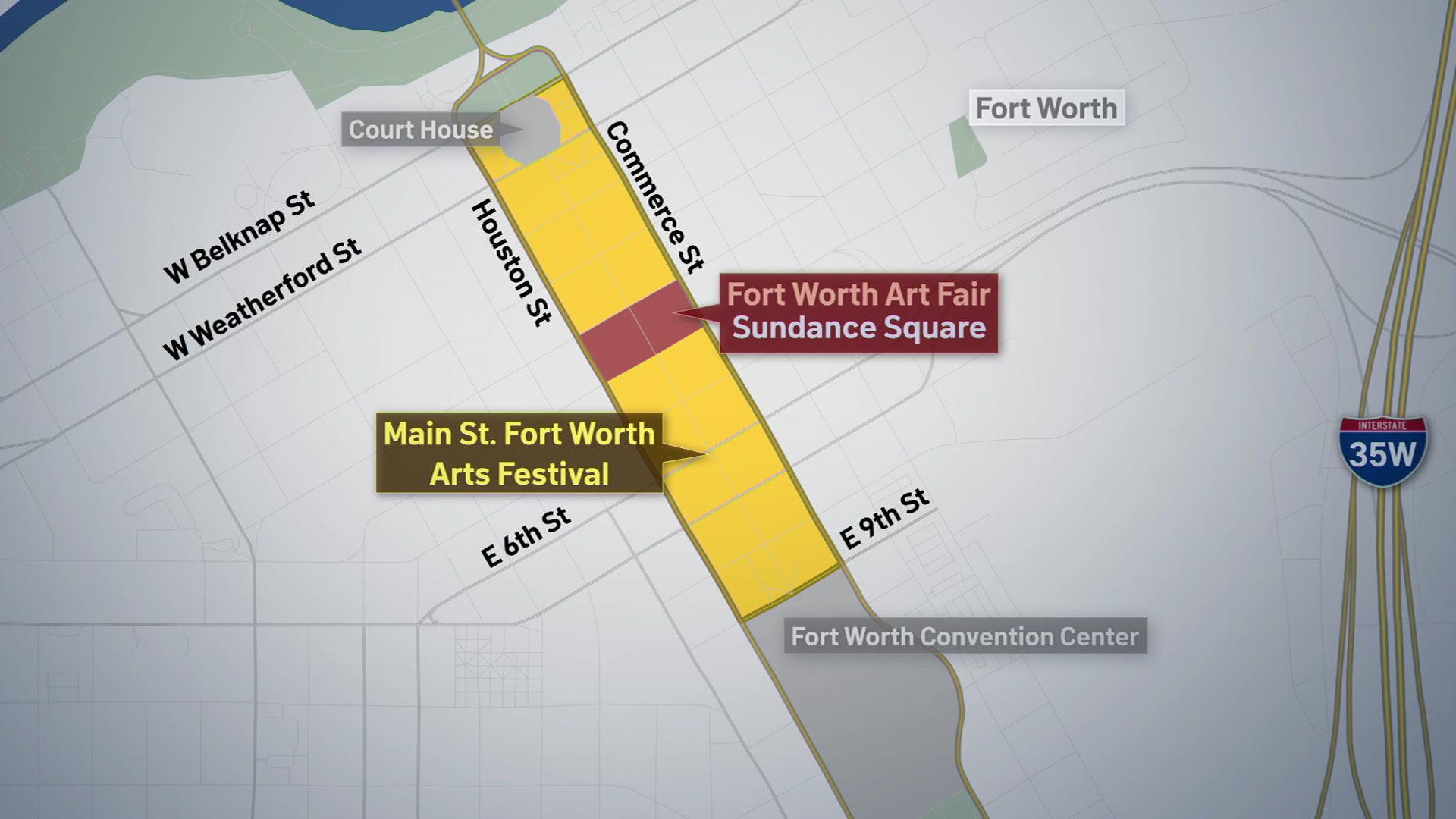 Road Closures in Downtown Fort Worth for Art Festivals: What to Know 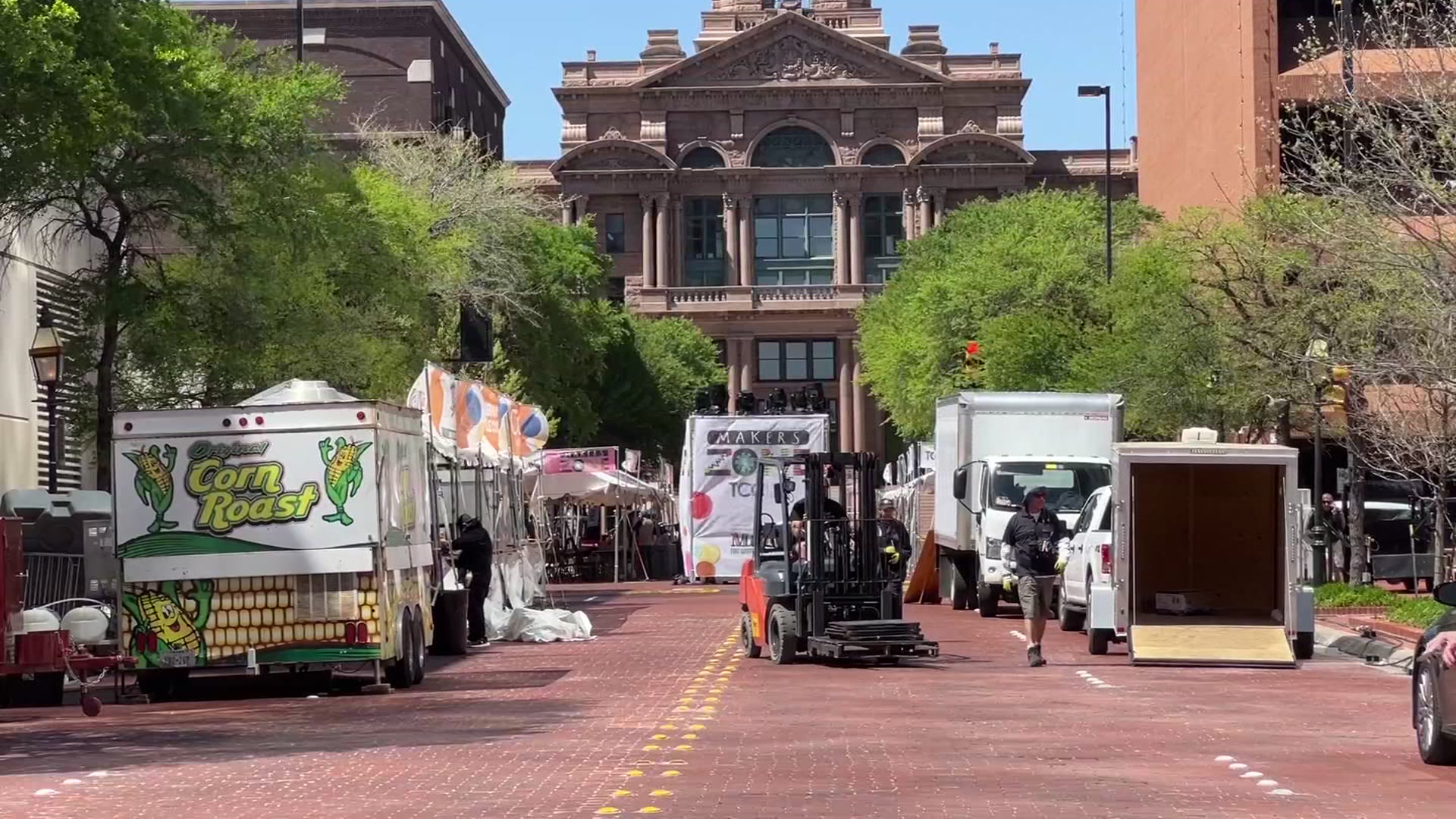 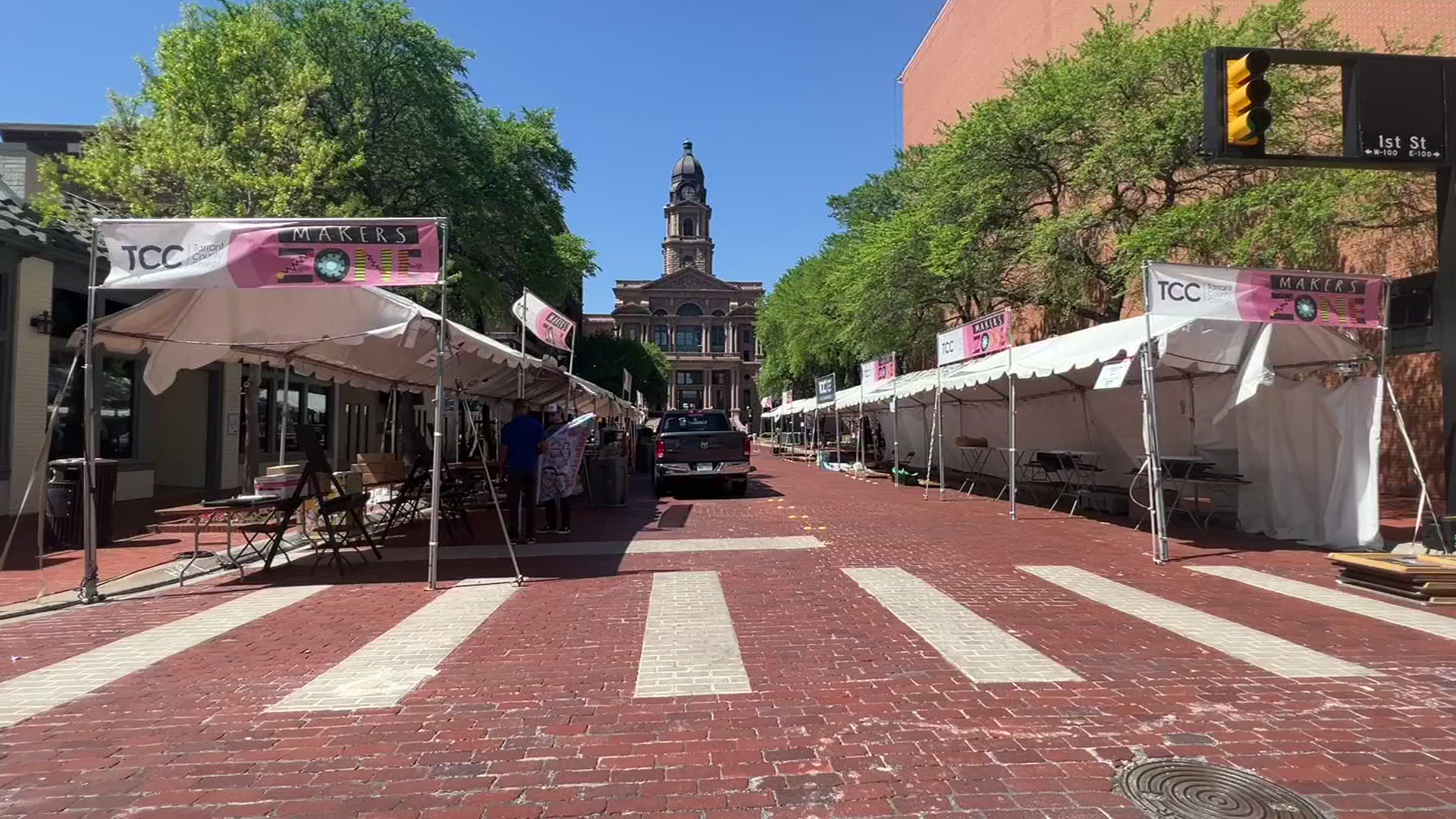 “It’s all I do. I have been doing this for almost 40 years and sustaining my living doing it, exclusively through art fairs. I don’t do any galleries,” he said.

Tom Diel did not have to travel as far as other artists. Diel is from Fort Worth and works off Vickery Boulevard. In 2011, he was named “Best Emerging Artist” at the festival and then awarded “Best in Show” in 2013.

“This is my raison d'etre. My reason for being is to do this type of work. This weekend is my main marketing event every year. If I get invited back, it’s my main marketing event. So, I try to do it every year and I work months on end to be here. I’ll work until three in the morning,” he said. “It’s huge. You don’t understand. This books about 40% of my business, and it’s such a big draw.”

Claire Armstrong, a spokesperson for Downtown Fort Worth, Inc., said the arts festival is ranked third best fine arts event in the U.S. and averages about $4 million in art sales. This is the second most well-attended event in Fort Worth behind the Fort Worth Stock Show and Rodeo, generating about $27 million in economic revenue.

“It’s just invigorating. I think there’s a lot of pent-up demand for an event like this. It’s such a storied Fort Worth tradition for people,” she said.

This year, the festival is being held on the same weekend as the inaugural Fort Worth Arts Fair. The arts fair is hosted by Sundance Square including headline music performances and art galleries.

“We wish that they had chosen a different weekend to host theirs, because it’s created some confusion from the public,” Armstrong said. “But you know, if anything, it’s just going to bring more people downtown, which is great because these businesses have all been fighting the fight to stay open.”

Ruth Meharg, deputy director for the Fort Worth Arts Fair, said their focus is on local and regional artists.

“We don’t see it as a competition at all. We see it as a compliment,” Merharg said, referring to the Main Street Fort Worth Arts Festival. “Walking around seeing everything, I get just so proud to see all of the artists around here. A lot of people feel like they have to go to New York City or somewhere else, and I feel like what we are starting to do is offer a place for artists to live here and make a living as an artist.”

With two festivals happening at the same time, businesses downtown are bracing for heavier foot traffic. Pax & Beneficia Coffee opened its doors in Fort Worth last February. Corey Stephens, director of operations, said they are staffed and ready for the busy weekend.

“We didn’t get to experience this last year in Fort Worth and it’s huge to have it this time. Spring weather is here, so business is up. Arts fair is here. We are definitely grateful for that,” Stephens said.

For more information on the two festivals, click here.