No global pandemic can stop Second Thought Theatre from planning for its future. The Dallas theater company introduced Carson McCain as its new artistic director and announced new dates for its 2020 season.

McCain, a Southern Methodist University graduate, has considered Second Thought Theatre her artistic home since 2014, working on the company’s production of Booth and directing Empathitrax and Great God Pan. “Second Thought Theatre as an institution, I admired the way they are run. I admire the way their board is involved in their productions. I admire the way that they spend their money on actors and on their artists and make their budgets in service of that. I admire that they do risky plays, but always with the knowledge that their audience can handle it and never in a way that alienates their audience, but engages them in conversation,” McCain said.

In 2019, Alex Organ, the company’s departing artistic director, announced 2020 would be his last season at Second Thought Theatre. Organ and McCain will work together to plot out the remainder of the current season. Organ’s official title is Advisory Artistic Director and McCain’s current title is Acting Artistic Director.

In addition to promoting diverse and local playwrights and continuing to meaningfully support actors, McCain hopes to encourage emerging directors. “Second Thought Theatre took a chance on me as a young director. I was 23 when I directed my first professional play there. That guidance, that trust and the artistic mentorship I was given through that process helped me realize the director I wanted to be and helped me make better art. I hope as I take over Second Thought Theatre, that’s something I can do: find up-and-coming directors and take a risk on them,” McCain said. 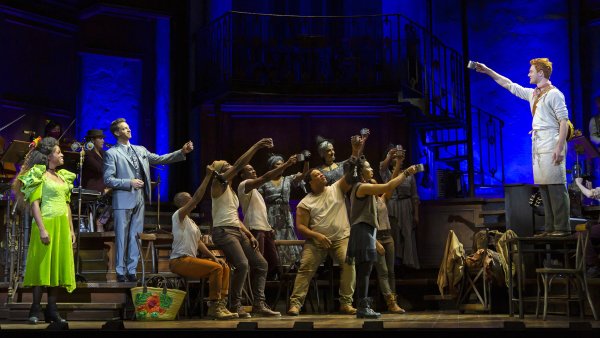 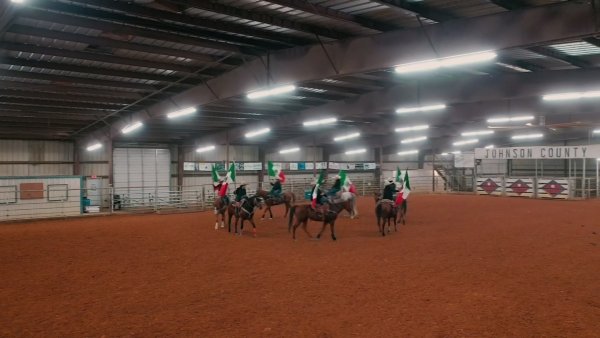 The coronavirus forced Second Thought Theatre to close Lynn Nottage’s Mlima’s Tale early and make other scheduling changes to its season. Its May production of Tennessee Williams’ A Streetcar Named Desire is scheduled for July 22 – August 15. Its production of Samuel Beckett’s Endgame is slated for September 16 – October 10. The world premiere of Janielle Kastner’s Sweetpea has been postponed until the 2021 season.

There has been no guidance from Governor Greg Abbott about the reopening of performing arts venues in Texas. Second Thought Theatre is working with Actors’ Equity Association, the national union representing professional actors and stage managers working in live theater, on necessary protocols to reopen.

Advised by Dr. David Michaels, former head of OSHA during the Obama Administration,  the union announced four principle guidelines on May 26: the epidemic must be under control; individuals who may be infectious can be readily identified and isolated with testing; auditions, rehearsals, performances and stage management may need to change to reduce the risk; and efforts to control COVID-19 exposure must be collaborative with Equity members, employers, the union and others involved in the production.

“We’re in the middle of going through procedures around how we can keep everyone safe, not just audience members but actors as well. That is our number one priority: safety of audiences and actors and staff,” McCain said.

During this extended intermission, McCain is focused on the value of theater. “I believe that the beautiful thing about theater is that it is a live experience between real human beings in real time. There’s not quite anything like entering the sacred space of theater,” McCain said. “My goal is to keep the faith, to continue to foster empathy in the ways we can, to continue to support artists in ways we can. When we can all come back together, it will be more special, more sacred and more wonderful because we couldn’t do it before.”

Second Thought Theatre is one of 30 arts organizations to receive funding from a second round of TACA’s emergency grants. TACA distributed $148,500 in this second cycle of grants from its Emergency Arts Relief Fund.  The special fund was established in late March to provide short-term immediate relief to Dallas County nonprofit arts organizations in the wake of the Coronavirus/COVID-19 pandemic. Recipients received grants ranging from $3,000 to $10,000.

TACA realizes the coronavirus crisis is far from over for the arts community. “We know that the impact of COVID will adversely affect arts organizations for the foreseeable future.  TACA will be monitoring those needs in coming months and determining the best ways to provide support as opportunities arise,” Terry D. Loftis, Carlson President and Executive Director of TACA, said.

In response to the devastating financial impact COVID-19 is having on the city’s arts community, the AT&T Performing Arts Center, which administers the MFA, accelerated this year’s review process to get the funds to the recipients well ahead of the late July timeline. “During this pandemic, all of our arts institutions, especially these diverse, small arts organizations are struggling for survival,” Francie Moody-Dahlberg, executive director and chairman of The Moody Foundation which in 2017 endowed the MFA with a $10M grant, said. “We are very encouraged that the Moody Fund for the Arts is able to respond so quickly during this crisis, and with a record amount of support.”

The Moody Fund for the Arts provides grants to Dallas arts groups supported by the City of Dallas Office of Arts and Culture who have annual budgets of less than $1 million. Grants will support world premieres, commissions, diversity projects and will provide general operating support. Applications for the grants were submitted before the coronavirus crisis and MFA administrators promise to be flexible in grant compliance reporting.

Learn more about Moody Fund for the Arts: https://www.moodyartsfund.org/