In ‘Negotiating Dialogues,' Music Speaks and Art Listens … and Responds

Negotiating Dialogues is a modern chamber work with no lyrics, but a lot to say. Originally scheduled to be part of Dallas Symphony Orchestra’s 2020 SOLUNA Festival, Carmen Menza’s immersive piece will make its world premiere on Sept. 18 at The Boedeker Building (Cedars Union) in Dallas.

This five-movement chamber piece features cello, viola, clarinet, and vibraphone with interludes of spoken poetry. The music starts a conversation by triggering elaborate projections powered by software algorithms. If the clarinet plays a flourish of notes, the projection reacts and continues the dialogue. The projections surround the audience on screens, creating an immersive environment.

“As the musicians are playing their part, the dialogue is with the visuals behind them on the screens,” Menza said.

The piece investigates the impact of technology on daily life.

“The inspiration for Negotiating Dialogues was how our dialogue is changing with one another in light of changing technological advances in communication and what might the future societal impact of those technologies be in our world,” Menza said.

Negotiating Dialogues reflects the growing acceptance of artificial intelligence (AI), from the sophistication of digital assistants like Siri and Alexa to the development of self-driving cars.

“There’s a whole lot of good that is coming about through AI, but there’s still bias that happens because somebody has to write that code and take in certain sets of data to produce that code and those programs. I think there are ethical questions and fairness we need to think about,” Menza said.

To develop her concept, Menza, whose work has been seen at the Perot Museum of Nature and Science, SOLUNA Festival, Dallas AURORA Biennial, Carneal Simmons Contemporary Art, Dallas International Film Festival, Dallas VideoFest and KERA, assembled a creative team. She composed the music with her husband, Mark Menza, a composer for film and television, and he also serves as the project's music producer.

Joel Olivas is the project’s VFX artist, animator, and projectionist. Eric Farrar, Associate Dean of Undergraduate Studies and Associate Professor of Animation in the School of Arts, Technology, and Emerging Communication (ATEC) at UTDallas, provides technical support and will play the vibraphone. Musicians from the Dallas Symphony Orchestra play the cello, viola, and clarinet. 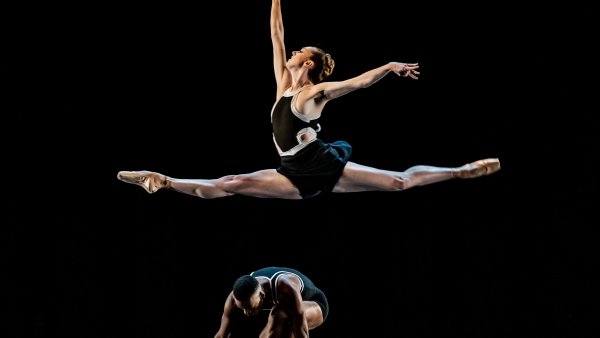 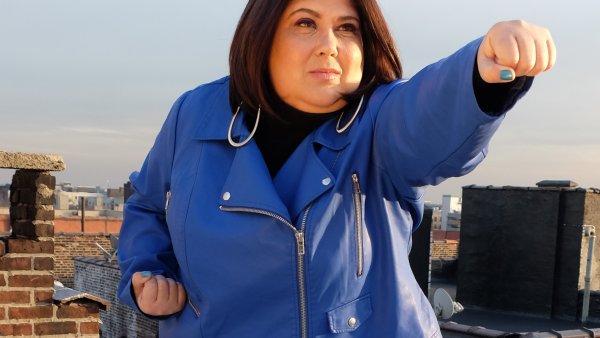 Because the music begins the dialogue, the creative process started with the composition of the original score. “The music informs how we want to handle the visuals,” Menza said.

“I absolutely love the cello,” Menza said. “It was always going to be a cello so it was just a matter of finding two other instruments I felt would be a good blend.”

“It’s kind of like live DJing on the fly,” Menza said. “I think of it as theme and variations in a whole new light.”

As an interdisciplinary artist, Menza likes to sculpt spaces, using the architecture of a space for projections and creating an immersive experience.

“Immersive art, to me, should take you out of the real world for a while,” Meza said. “You get to be inside the story.’

For Negotiating Dialogues, Menza is using 12-14 ft. screens to envelope the audience in the projections. The audience will walk around the space, turning to see different aspects of the dialogue as the visuals swirl around the room. “I want to touch all of the senses when somebody comes to one of my immersive installations. I want them to feel themselves in the space and to be able to look completely around them,” Menza said.

The constantly evolving world of technology fascinates Menza, inspiring future projects. She is interested in robotics, lidar technology, NFTs and the metaverse.

“My love is music and technology and visuals so anything I can do to push that envelope further and look at different kinds of technology and light-based work,” Menza said. “I want to visualize data.”

This digital piece is not meant to be seen on a computer screen.

“You really have to be there in-person to experience it,” Menza said. “I hope that the premiere of Negotiating Dialogues will be a time of celebration of life and looking forward to good things in the future.”