The Dallas Chamber Symphony is proving classical music is not just for the concert hall.

DCS's "Taking It to the Streets," a series of 22 free informal concerts performed in public spaces over 18 months in partnership with the City of Dallas Office of Cultural Affairs, is partially supported by a $50,000 award from the National Endowment for the Arts.

"Recognizing that there's a lot of people in Dallas – both citizens and visitors alike who may or may not have interest or access to live classical music – we thought it would be nice to break out of the concert hall and bring it to people where they are living and engaging," Robin Korevaar, DCS's Development Director, said. 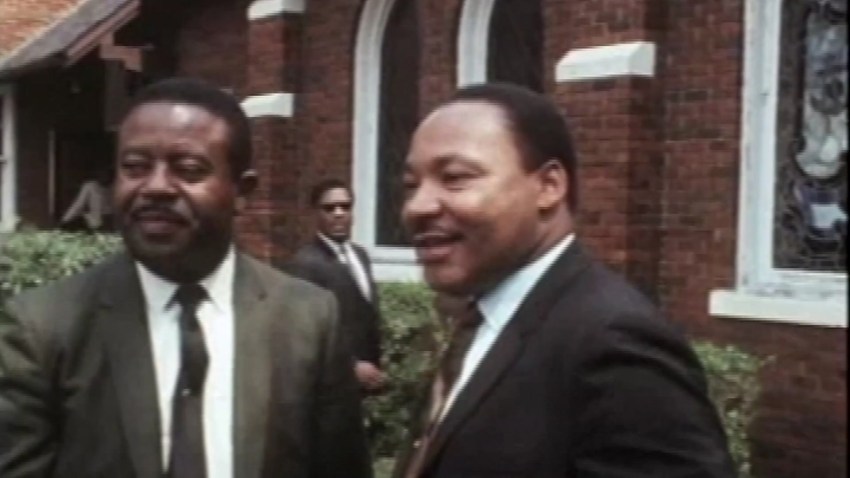 The program consists of DCS Live! ensembles of up to twelve musicians performing at hospitals, homeless shelters, parks and other public venues.

"When we started playing at Parkland, there were not many people listening to us. As we continued to play, the crowd grew. I looked up towards the mezzanine and saw several doctors looking down at us listening to our performance. [They] all had smiles on their faces as they listened to us play. It was as if our music helped them relax and provided a brief respite from their [work] at the hospital. It was a very enjoyable and memorable time," David Lesser, a French horn player with DCS, said.

The DCS Live! concerts inspired joy at the Bridge Homeless Recovery Center. An hour-long program was planned, but Bridge guests gathered around the musicians and began singing about life at the Bridge, weaving in the refrain "nothing is impossible." The musicians improvised and the concert was extended by half an hour.

DCS will use metrics to measure the impact of the concerts, but the Bridge staff has already rated the program 8 to 10 on a 10-point scale, noting high levels of verbal and physical engagement, development of social and leisure skills and the extension of those effects beyond the actual concert.

The first public concert will be performed at Cliff Temple Baptist Church in Oak Cliff on January 27 at 7:00 p.m. and will feature the Schubert Octet.

Dallas Area Rapid Transit (DART) is the official transportation provider for the program and the ensembles will play at the Akard and Victory DART stations.

The DART concerts present interesting challenges for the musicians.

"Weather will certainly be one of our bigger challenges. We’re trying to program for instruments that are more robust in those circumstances. It is a little bit easier for a brass player to perform outdoors in February or March when the weather might be more temperamental than a reed player or string player," Korevaar said.

The DCS ensembles are also concerned with not impeding foot traffic at the stations during busy commuting hours. The program is designed to spark the public’s interest in live music.

"I think the primary thing is to understand that live music is fun; that it can be uplifting, engaging, inspiring, educational. Our musicians have been very happy to reach out and connect with audience members and to share that little slice of life with them. Understanding that music and musicians are approachable is, I think, very important in a day when everyone is looking at everything on their screens," Korevaar said.

These concerts impact the musicians as much as it impacts those who hear the music. For certain venues, the musicians receive training to learn more about the at-risk populations for whom they are playing.

Playing in these diverse settings breeds a certain camaraderie among the musicians and stretches them artistically in ways that benefits them when they return to the concert hall.

"Part of the reason I wanted to do this project is because I have never done anything like it before, and I want to grow as a musician and push myself to try things I've not done. I'm open to being flexible with the programming and talking with the audience, jamming to a certain degree. I am having fun," Margaret Fischer, DCS's principal flutist, said.

CLICK HERE to learn more about Dallas Chamber Symphony's "Taking It to the Streets" program and partnership opportunities.