The Party Ends But the UK Monarchy Looks to the Future

Elizabeth is the U.K.’s longest-serving monarch, the only sovereign most people have ever known

Extinguish the beacons, take down the stage, roll up the bunting. The party’s over.

After four days of parades, street parties and a gala concert celebrating Queen Elizabeth II’s 70 years on the throne, the Platinum Jubilee celebrations ended Sunday with a queen's wave from Buckingham Palace and the crowds outside singing “God Save the Queen.”

But as the tributes to Elizabeth's lifetime of service begin to fade, Britain is left with the reality that the second Elizabethan age is in its twilight.

The 96-year-old monarch, limited in recent months by what the palace calls “episodic mobility issues,” made only three brief public appearances during the Jubilee. Her son and heir, 73-year-old Prince Charles, stood in for her at other events.

“Inevitably, we’re going to lose her sometime. And so this will have been a sort of a tail end of a golden reign, won’t it?’’ historian and royal biographer Hugo Vickers told The Associated Press. “That’s why it’s got a little bit of hint of sadness, I find.”

That truth was the subtext of the weekend’s events as newspapers, TV screens and even the walls of the palace were filled with images of Elizabeth changing from a glamorous young queen in crown and diamonds to a global grandmother known for her omnipresent handbag and love of horses and corgis.

Elizabeth is the U.K.’s longest-serving monarch, the only sovereign most people have ever known. 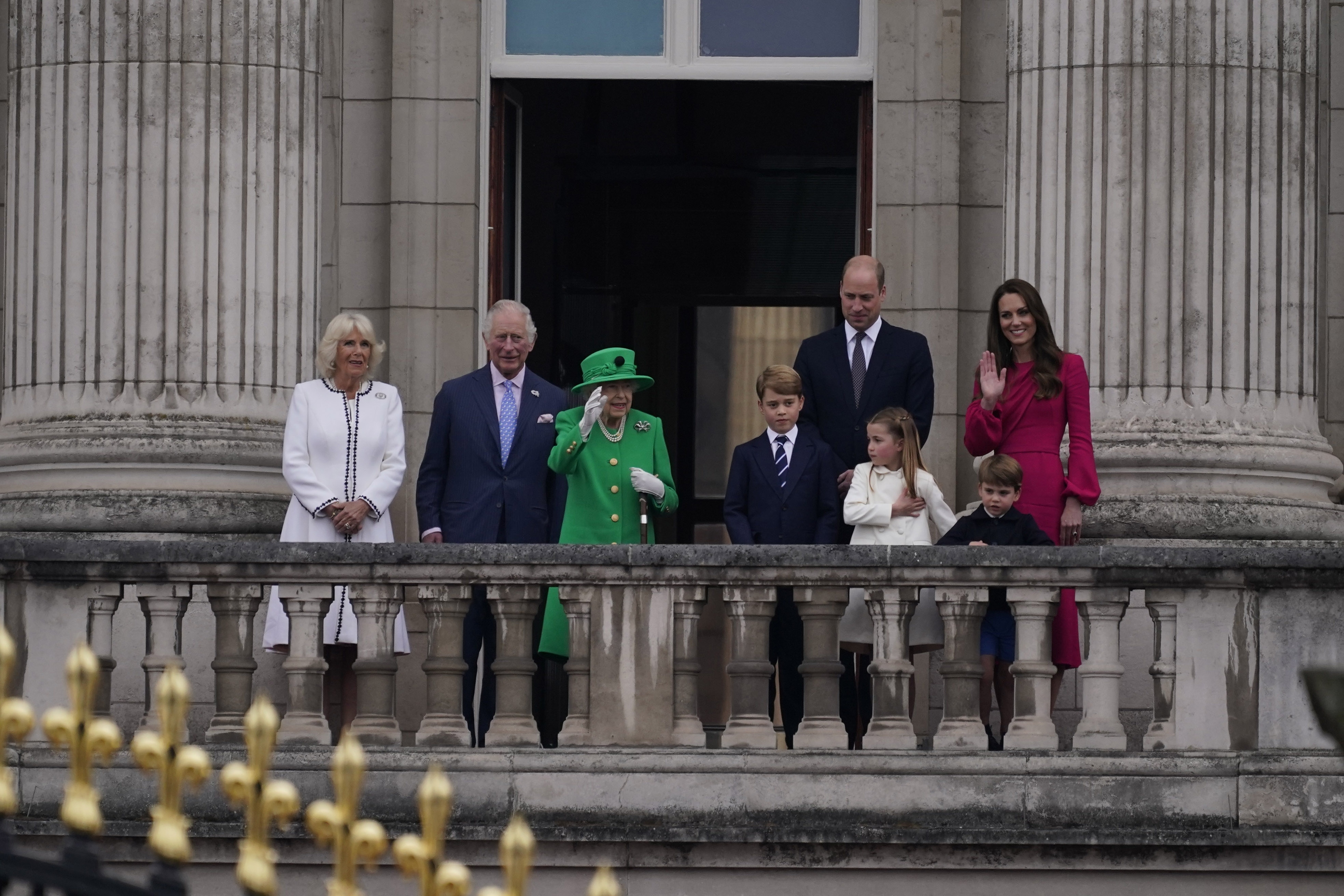 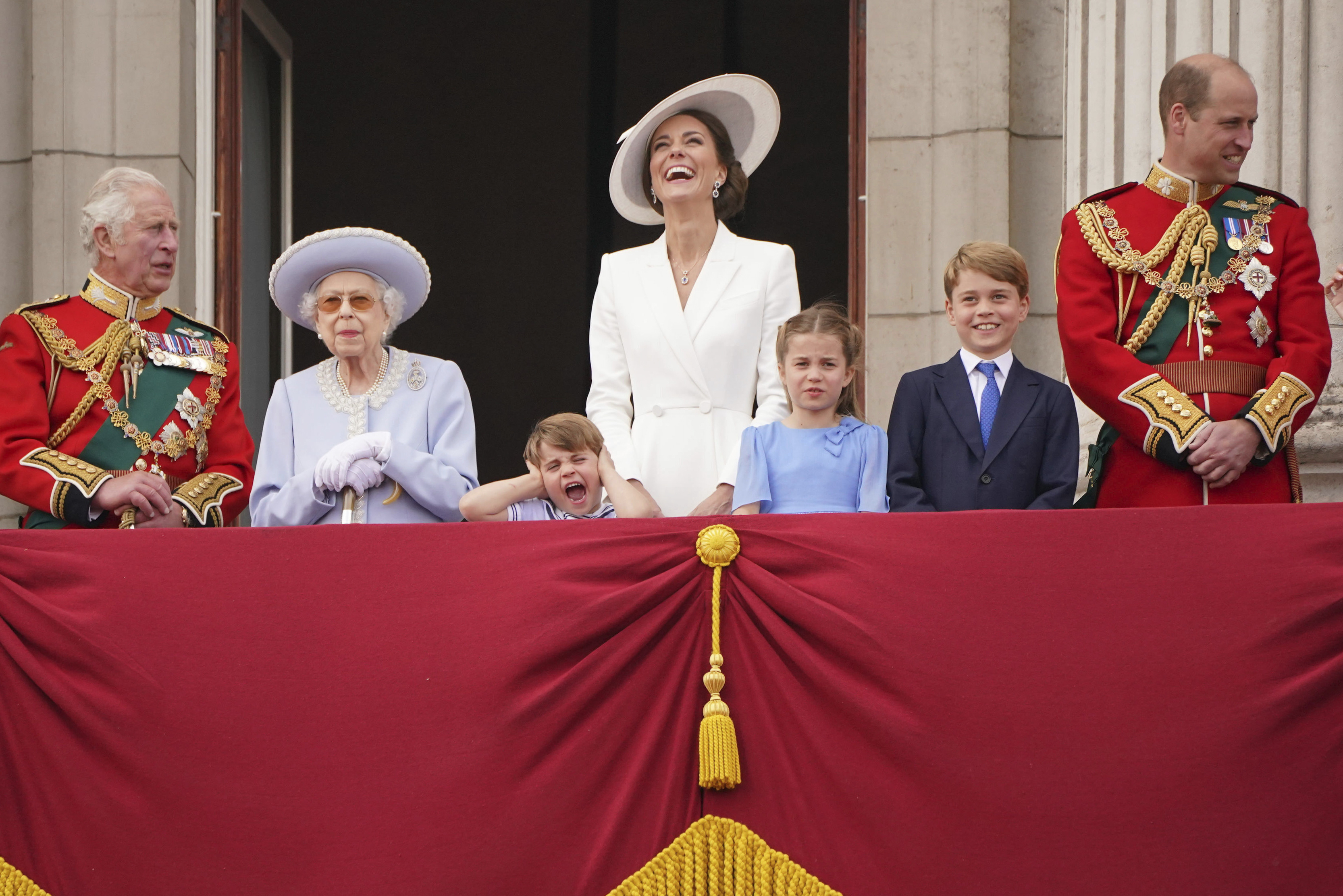 That longevity has bred a deep affection for the queen. The question for the House of Windsor is whether the public will transfer those feelings to Charles when the time comes.

From the opening military review to the closing pageant outside the palace, the royal family sought to build a case for that continuity, underscoring the monarchy’s historic traditions and its role as a unifying institution that helps the country celebrate its successes and provides comfort during times of sorrow.

Charles was front and center throughout as he stood in for his mother.

Wearing a ceremonial scarlet tunic and bearskin hat, he reviewed the troops during the Queen’s Birthday Parade on Thursday. The next day, he was the last guest to enter St. Paul’s Cathedral and took his seat at the front of the church for a service of thanksgiving in honor of the queen. At Saturday’s star-studded concert in front of Buckingham Palace, he delivered the main tribute to the woman he addressed as, “Your Majesty, mummy.”

The royals know they have work to do. Over the past year, the monarchy has been buffeted by allegations of racism and bullying, a sex scandal involving Prince Andrew and demands that they apologize for Britain’s historic role in the enslavement of millions of Africans.

But if the Windsors wanted proof of the enduring popularity of all things royal, they need look no further than the tens of thousands who crammed the streets and parks around Buckingham Palace to cheer, wave the Union flag and say “Thank you, ma’am” over the past four days.

“The Jubilee is defined not simply by the presence of the queen, but by many various other actors, and one of the key actors … is the British public,’’ said Owens, author of “The Family Firm: Monarchy, Mass Media and the British Public 1932-1953." “All these events are playing to the British public ... the jubilee is as much a celebration of the British people in the British nation as it is the queen herself.”

Since assuming the throne after the death of her father on Feb. 6, 1952, Elizabeth has been a symbol of stability as Britain negotiated the end of empire, the dawn of the information age and the mass migration that transformed the country into a multicultural society.

Throughout it all the queen has built a bond with the nation through a seemingly endless series of public appearance as she opened libraries, dedicated hospitals and bestowed honors on deserving citizens.

Actor and writer Stephen Fry captured this lifetime of service, carried out far away from the glittering state occasions and military parades that rivet the media’s attention, as he delivered his own tribute during Saturday evening's Jubilee concert outside Buckingham Palace.

“How many local sewage works has her majesty opened with a bright smile? How many plaques unveiled? How many trees planted? How many ribbons cut, ships launched?” Fry asked, drawing a chuckle from the crowd. “How many prime ministers tolerated? For that alone, no admiration is high enough.”

While they would have like to see more of the queen, fans like Anne Middleton, 61, seemed to understand the limitations of her health issues.

Middleton, a human resources executive, traveled to London from her home in Wales for the long holiday weekend. Wearing red, white and blue nail polish and a dress covered in the Union and Welsh flags, she and her friends watched Saturday’s concert from camp chairs in St. James’s Park.

“We wanted to turn out and let her know that we’re there for her, too,’’ Middleton said. “Because she’s always been there for us.’’

Queen Elizabeth II and members of the royal family stepped out on the balcony at Buckingham Palace Thursday at the start of the Queen's Platinum Jubilee.

The queen’s public appearances during the Jubilee were brief but symbolic, underscoring three pillars of her reign: a personal bond with the public, strong links to the armed forces and support for the Commonwealth, a group of 54 nations with former colonial ties to Britain.

On Thursday afternoon she joined other senior members of the royal family on the balcony of Buckingham Palace to watch a flypast by 70 military aircraft and wave to supporters who filled the street below. Later, she took part in a beacon lighting ceremony at Windsor Palace, the culmination of event that spanned the Commonwealth.

The message couldn’t have been clearer: Here is the present and the future of the monarchy.

Robert Lacey, a royal historian and adviser to the Netflix series “The Crown,” believes the royal family’s connection to the British public will endure.

“There is a magic about royalty. If you don’t care to accept it, that’s up to you,” he said.

“But for many Brits, the magic moment (is) when the queen or Prince Charles … turn up in your neighborhood," he said. "You are touched with a magic — which is no longer divine, but which represents the community — which says, ’You matter and you’re part of a bigger picture, a society, a community.'”