LeVar Burton Will Be Hosting a Game Show After All

Who needs "Jeopardy!" when you can have "Trivial Pursuit"! Read all the details about the "Reading Rainbow" host’s new gig

Levar Burton's pursuit of becoming a game show host is no longer in jeopardy.

Burton is going from reading the rainbow to handing out rainbow wedge game pieces as he gears up to host the new "Trivial Pursuit" TV game show. Burton will serve as an executive producer on the series, co-produced by Hasbro and Entertainment One but a network is not yet set. Maybe all of the networks could have a trivia battle to see who should get it? Just a thought.

And Burton seems to be just as excited as the rest of us. "Trivial Pursuit is one of the best-known brands in the gaming universe," said the Emmy Award-winning actor. "I am thrilled to have partnered with Hasbro and eOne to bring this beloved game to market as a premium show for television."

All of the Contenders Who Were in the Running to Become Jeopardy!'s New Host 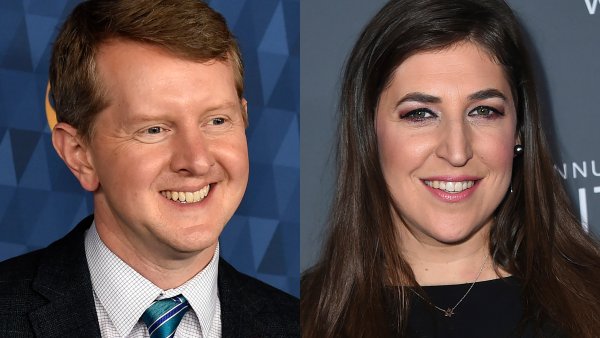 Tara Long, the president of global unscripted television at eOne, believes that Burton is the "perfect" fit for the show, and we agree, obviously.

"LeVar Burton has been an iconic member of American pop culture for decades from 'Roots' to 'Reading Rainbow' to 'Star Trek' and beyond," she said. "His love for intellectual curiosity paired with his ability to connect with audiences worldwide make him the perfect partner to bring Hasbro's beloved trivia game to households in a new and exciting way."

This news is a welcome development for fans of the star, who earlier this year was in the running to replace the late Alex Trebek on Sony TV's "Jeopardy!." But even after an online petition drew almost a quarter of a million signatures and he served as a guest host July 26 through July 30, he lost out to Mayim Bialik and now-disgraced producer Mike Richards.

A premiere date is not yet set, but in the meantime, we'll be breaking out some board games and binge-watching the "Star Trek" movies to get ready.