Halyna Hutchins, Who Was Fatally Shot on ‘Rust' Set, to Be Buried This Weekend

Hutchins' husband said that her death "has devastated our family's dreams."

Halyna Hutchins, the cinematographer who was fatally shot on the set of the movie "Rust" last month, will be laid to rest this weekend.

On Friday, Hutchins' husband released a heartfelt statement, saying how much he and his family, including their 9-year-old son, Andros, miss the late cinematographer. He also thanked people for their support.

“Halyna was the love of my life, and our loss of her has devastated our family's dreams," said Matt Hutchins, 38. "We feel the silence of her being forever gone as a suffocating stillness in our home. Our love and adoration for her grows as we tell her story, and we hope her work can inspire filmmakers and storytellers around the world. We thank the many generous supporters who have been so thoughtful in our time of loss.”

Hutchins' ashes will be interred at an undisclosed location at a private ceremony. Her husband shared a photo of the grave marker, which lists the cinematographer's years of birth and death and a sweet epigraph.

"Her light shapes our lives, keep chasing your vision," reads the marker, alongside an image of a camera and a film strip.

The 42-year-old rising star died on Oct. 21 when she was shot by a prop gun fired by Alec Baldwin, one of the actors and co-producers on "Rust." The film’s director, Joel Souza, was also hit when Baldwin fired the prop gun. According to a search warrant, neither Baldwin nor the film's assistant director knew the gun was loaded with live ammunition. 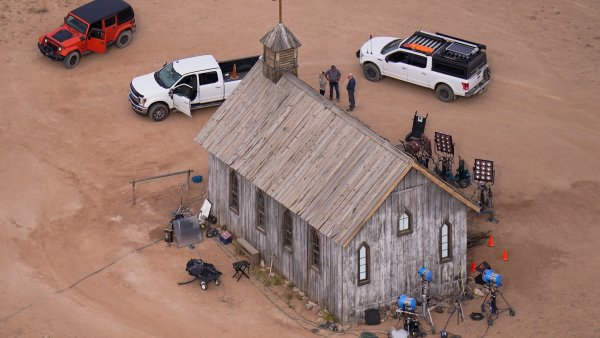 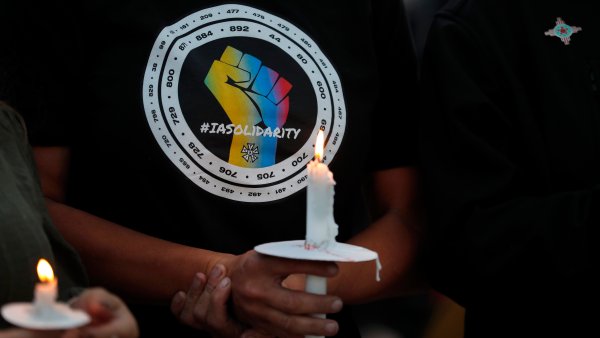 Hutchins was struck in the chest while Souza, who was reportedly standing behind her, was hit in the shoulder. After she was shot, the cinematographer was taken by helicopter to the University of New Mexico Hospital, where she was pronounced dead. Souza was taken by ambulance to the same hospital and later released.

The incident has been under investigation by the Santa Fe County Sheriff's Office. Prior to the incident, some crew members had walked off the set of "Rust" due to safety concerns. So far, there have been no arrests made or charges filed in the case, though a lawsuit has been filed alleging negligence by Baldwin and other producers and crew members.

As mourners gathered last month to honor the cinematographer following the shooting, her husband shared a series of family photos and wrote, "We miss you, Halyna!"

Matt Hutchins also made a statement about his wife following the incident, saying that he and his family are trying to "process our grief."

"Halyna inspired us all with her passion and vision, and her legacy is too meaningful to encapsulate in words," he wrote on Twitter. "Our loss is enormous, and we ask that the media please respect my family’s privacy as we process our grief. We thank everyone for sharing images and stories of her life."