Congratulations are in order for Enrique Iglesias and Anna Kournikova!

The 44-year-old singer and the 38-year-old tennis star have welcomed their third child. The musical star confirmed the news on Instagram Thursday with a sweet snap of himself holding the family's newest addition, which arrived in January.

"My Sunshine 01.30.2020," he wrote online, the same as Kournikova's caption for a photo of herself holding their newborn and smiling.

Enrique's brother, Julio Iglesias Jr., hinted at the big news during a recent interview with the Chilean radio station ADN. 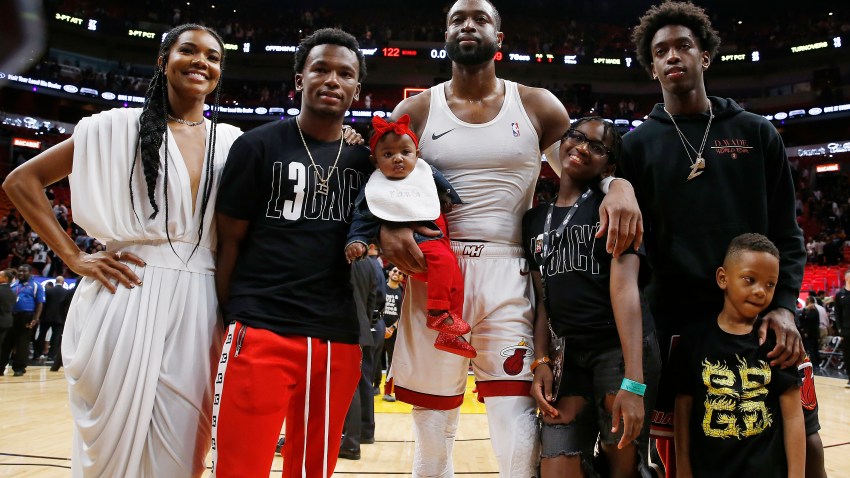 Because listeners knew Julio was already an uncle to Enrique and Kournikova's twins — Nicholas and Lucy — the radio host asked for clarification.

"My brother already has three [children]," Julio said, per the magazine. "He is super happy, with the baby and his music."

However, Julio remained tight-lipped when asked about the sex of the child.

"It's a secret," he reportedly replied. He also didn't reveal the newborn's name.

The happy news comes about two years after the couple welcomed their twins. As fans will recall, Nicholas and Lucy entered the world in December 2017.

While Iglesias and Kournikova tend to keep their personal lives private, they've shared a few sweet family snapshots on Instagram, including footage of the kiddos watching the World Cup and enjoying some giggles.

Overall, the "Hero" star seems to be loving life as a dad. During a 2018 interview with Vick Hope, Enrique said becoming a dad has been "incredible" and that it's "one of the best feelings in the world."

"I drive slower. I think about stupid things that I'm about to do a few more times before doing them," he said when asked how fatherhood has changed him. He also acknowledged he's become "more responsible."

But does he want his little ones to follow in his famous footsteps?

"I'd be cool with that," Iglesias said when asked how he'd feel if his kids entered the music industry. "I want them to do whatever is going to make them happy. I'm hopefully going to be a cool, easygoing dad."

Cheers to the family of five.