Less than a week after Jonathan Goodwin was hospitalized following an accident on the set of 'America's Got Talent: Extreme,' the stunt performer is giving fans an update on his recovery

Following his near-fatal accident on the set of "America's Got Talent: Extreme," stuntman Jonathan Goodwin is on the mend.

The performer, who was rushed to the hospital last week after suffering major injuries on set during a daredevil stunt gone wrong, gave fans an update on his healing process on Oct. 20.

"A couple of days ago my life took a complete left turn," he captioned an Instagram photo of himself lying in a hospital bed. "And the outpouring of love from all the corners of the world; from people I didn't even think would know or remember me... has just been astonishing. Truly incredible. I will have a lot to say on that matter and the benefits of being kind in the future...but thank you."

The on-set mishap occurred during a rehearsal last week when Goodwin was suspended upside down in the air by a wire while wearing a straitjacket. He was supposed to free himself as two cars hung and swung on either side of him, according to TMZ, who cited production sources.

The vehicles collided and caused an explosion, with Goodwin caught in the middle. He fell, hit his head and was rendered unconscious, the sources also told the outlet. Goodwin later became responsive and was airlifted to a hospital and rushed into surgery.

A production spokesperson for the show later told E! News in a statement on Oct. 17, "Our thoughts and prayers remain with Jonathan Goodwin and his family as he continues to recover from his accident on Thursday."

"In order to focus on the wellbeing of our crew," the statement continued, "We will be temporarily pausing production on 'America's Got Talent: Extreme' and will resume the last few days of filming at a later date. The health and safety of our cast and crew continue to be our priority." 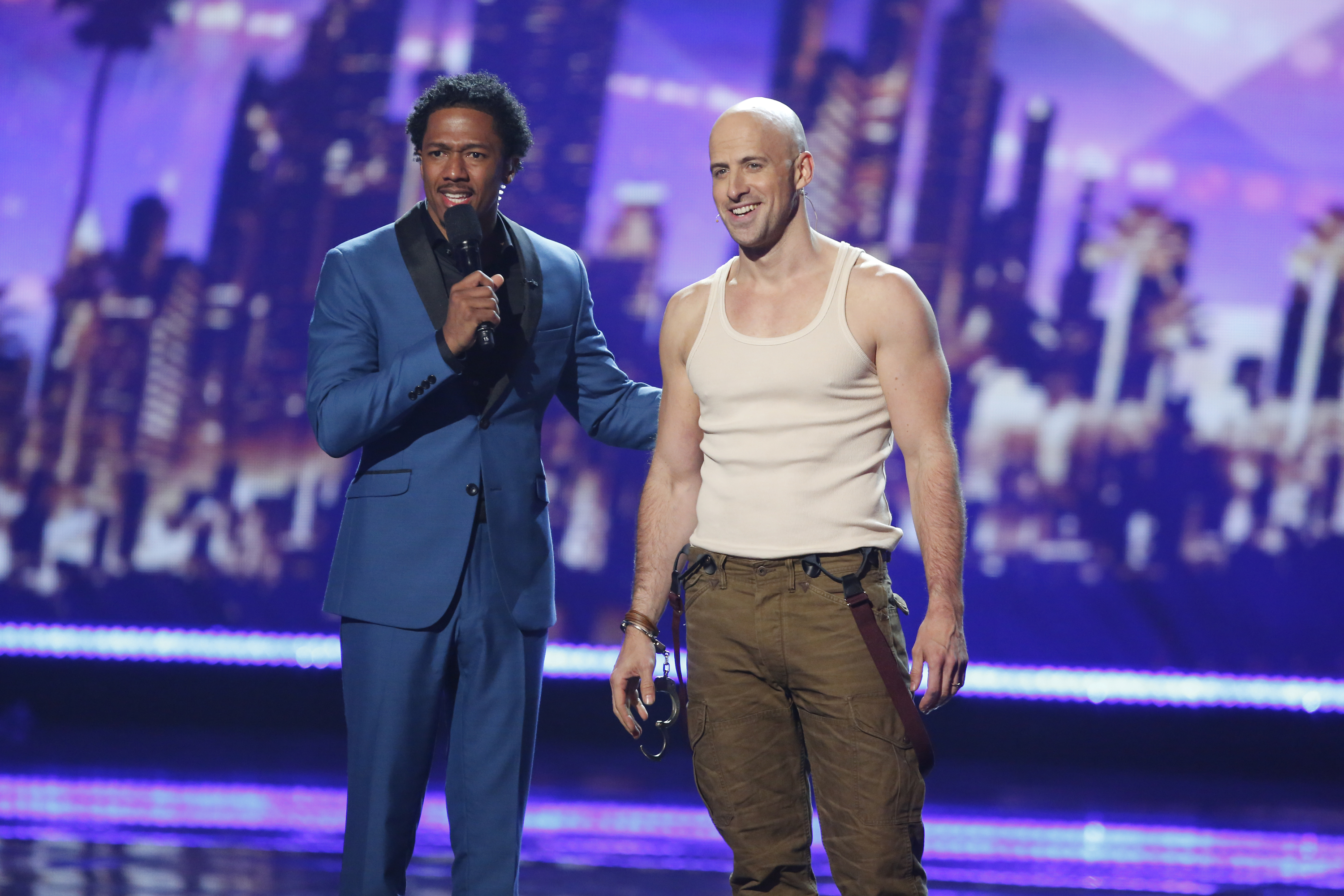 Jonathan Goodwin Hospitalized After Accident During ‘America's Got Talent' Rehearsal

After thanking those closest to him, Goodwin concluded his message with a few words of wisdom. "I have been to the very brink and dodged the worst that a human being can, without fear," he wrote. "Because I was protected by love. Love is all you need, so make sure you get some, cos its good s---."

"To death I say nananana boo boo... and to the rest of you... watch this space," Goodwin continued. "There is a long road to recovery and that won't look like what it did...I may leave the daft s--- alone for a while, but I have a lot left to do in this world."

"AGT: Extreme," a spinoff series of "America's Got Talent," features host Terry Crews and judges Nikki Bella, motorsports competitor Travis Pastrana and Simon Cowell. A release date for the upcoming show has not been announced.